In the past couple of days, I've been rereading all of my Joe comics. I had left them at my parents' house so this is the first time in about 4 years where I've been able to catch up on them. For whatever reason, I started with #41 and worked forward. After that, I went back and reread the first 40 issues. While reading issue #25, the immortal Zartan introduction issue, I was fondly reminded of the summer of '84. I had most of the figures that had come out that year and used them all incessantly. While '83 had seen my scant toy dollar spread between Star Wars figures and Joes, '84 was the first year that was Joe only. As such, I was able to buy many of the vehicles and figures myself and didn't have to rely on the holidays to fill the gaps in my collection. As I bought most of the figures with my own money, I kept my figures in very nice condition. My brothers, however, had no qualms about destroying any figures they were given. Among the figures who they owned and destroyed was the Joe dog handler, Mutt.

I've already visited the Mutt character. However, that figure was one I acquired as an adult and, though I do enjoy it, it is a figure that never saw use as the intended character like this original version did. You see, when we first got Mutt, I had also just discovered the comic. I started at issue #27, but was able to fill the gaps rather quickly by simply going to the neighborhood comic store. Seeing Mutt's important role in issues 25-27 made me like him much more than I would normally have. The reason I let my brother get this figure was because of the dog. I didn't like dogs and saw no use for them. (Don't tell the two dogs I currently own this, though!) Since I considered Junkyard a waste, I wasn't too keen on owning the figure myself. Once my brother got Mutt, though, I was hooked. The military colors, awesome, silenced pistol, nightstick, and muzzle made for a figure that just had to be used. Unfortunately, since Mutt was not mine, his condition quickly deteriorated beyond usability. We lost his accessories and Mutt's thumbs broke. After that, this guy went on the junkheap and stayed there for many years.

When I returned to Joe, one of the figures I decided I wanted was a nice Mutt. However, I had plenty of other armies to build. Since I was focusing on figures like Chuckles, Law, Dial Tone, Range Vipers, and divers, I didn't ever get any lots that included a nice Mutt figure. At some point, I did manage to get a nice figure, but he was missing his accessories. About a year ago, though, I acquired a magnificent lot of Joes (see the Viper Pilot) that included a mint, complete Mutt and Junkyard. As soon as I saw his nightstick in the bin of accessories, Mutt once again joined my collection.

I hold a very important distinction between Mutt and Law. Law was the MP, a cop who happened to also use a dog. Mutt was a military commando who also used a dog. Many of my friends just assumed that Law replaced Mutt on the Joe team. However, Law never really partook in any totally military operations. Mutt was often involved in military style raids, not only in urban settings, but also in the actual field. While there are still many people out there who still lump these two figures together, I think they represent totally different specialties that wouldn't really cross over all that much. While the photo below does show the two figures together, I still use Mutt primarily as a soldier. He accompanies figures the character represented by the '97 Snake Eyes and Bullhorn on commando style raids in urban environments. He is one who clashes with my Cobra Urban Death Squads that are fronted by Alley and Range Vipers. He just works well as a tough, no nonsense, urban commando. Plus, his bulkier sculpt allows to him stand right alongside any other year of figures and not look out of place.

Mutt figures aren't too tough to find. Finding complete, unbroken Mutt figures along with the original, brown bellied Junkyard, though, can pose a challenge. Still, this guy is remarkably cheap for just how cool of a figure he really is. Mutt's thumbs are prone to breakage, as his his crotch. His small accessories are also easily and often lost. His nightstick is one of the more troublesome accessories to find out there. Even with all that, though, Mutt is a Joe and Joes tend to sell for far less than Cobras. Mutt is a figure, though, that has some popularity. In fact, I wouldn't be surprised to someday see either this classic mold, or the '92, make an appearance in the new releases. He is a character that many old time collectors enjoy and possesses a mold that is very updatable and would fit well with any new release. At any rate, though, Mutt is a classic character and one that I know many people like. He is once again a nice part of my collection and one of the few non-ball headed figures I use. Given a chance, I think you could find a nice spot for him in your collection as well.

I like Mutt, but don't need any more of him. I would, though, like one of those black and red European exclusive Mutt's. From what Joe year do you hold your fondest memories?, Let me know. 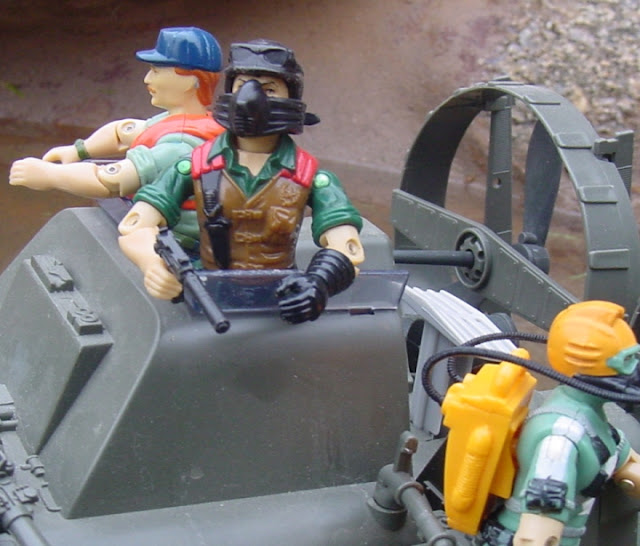 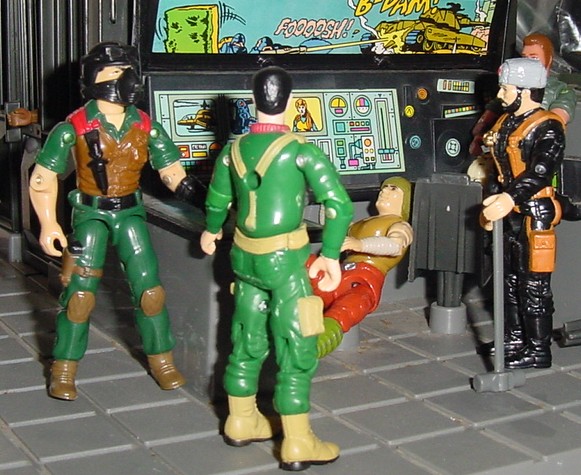 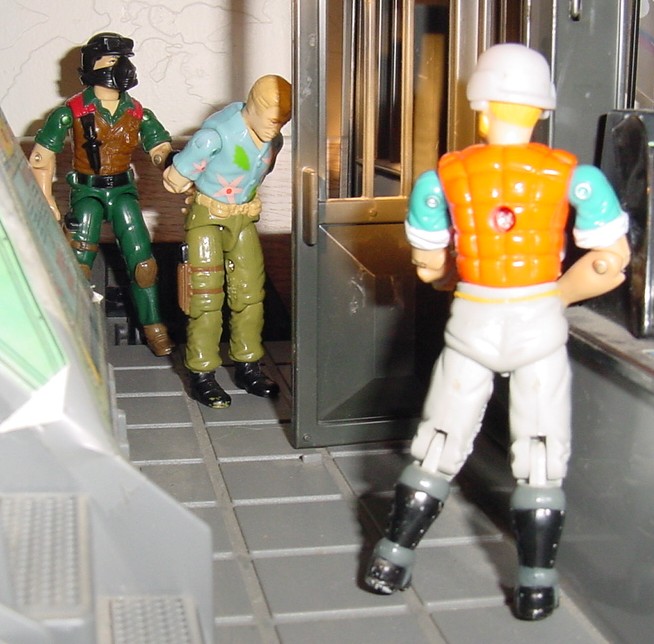 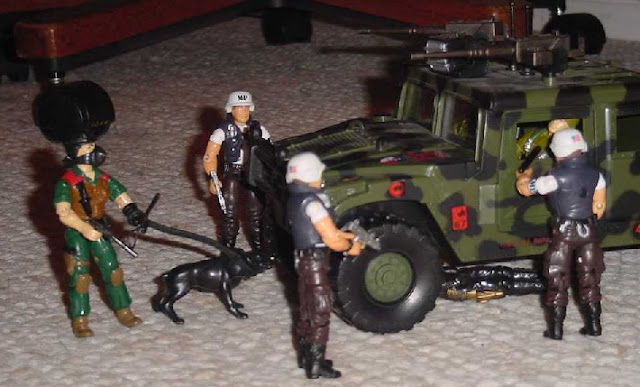 Posted by Robot_Sonic at 12:28 PM
Email ThisBlogThis!Share to TwitterShare to FacebookShare to Pinterest
Labels: 1984, Mutt