Several months ago, some pictures surfaced of the Wave III Joes. The pictures were small, and tough to make out. I took one and blew it up to see if I could get some clearer details of the 4 new figures they showed. One of these guys caught my eye. It looked like a new version of a basic Cobra Trooper only it had a red face mask. As you can guess, this figure really intrigued me. A couple of days later, though, clearer pictures of the figures surfaced. This basic Cobra Trooper was actually a new version of a Laser Viper. Still, though, I thought he would have some great potential. Finally, after many months of waiting and listening to many other collectors finding this figure and using him for the exact purpose I had planned for him, I managed to find one. Once I held him in my hand, the original purpose I had intended for the figure was no longer desirable. While this version of the Laser Viper is cool, he could not be the basic troop I had intended.

This figure's look is perfect for a Cobra trooper. The basic blue uniform with a combat helmet and the red face mask really hearken back to the old comic days when there were only Cobra troopers and officers in the enemy ranks. It's a feel that shows there is some respect for the original releases. I would suspect that the molds for those original old blue Cobra troopers are long gone. As such, Hasbro offered us a new figure that would help us reminisce about the days when Joes were first plentiful on retail shelves. I'm happy with that. The '80's are gone forever. I know that many people wish Joe was just like it was back then. For me, though, I like progress. Seeing new figures like this guy keep the line fresh and maintain my interest. I'll admit, I have a much lower interest for straight repaints of earlier figures than I do for newly arranged or molded figures. I've been a big proponent of the new Joes since they were first released. With figures like this guy in the mix, you can bet that support is still going strong.

For some strange reason, I don't feel compelled to buy up more Laser Vipers. My main problem with him is that his accessories suck. He comes with rehashed '91 Sci Fi accessories that really aren't all that cool. Had he come with a Red Star AK-47, or a Low Light rifle, and a standard Viper pack, then I think I would feel a greater need to have a small army. However, once I used this guy, he no longer spoke army builder to me. I no longer see him as a generic Cobra trooper. I see him more as a high ranking Cobra troop who is a step below the rank held by Worms and Decimators. He is not a commander and is still required to be in the field, but he is the field leader and has troops report directly to him. In fact, I'm thinking that he will become the Cobra security commander. He will be in charge of my 1997 Alley Viper ranks who have become my "sweepers". They are called out for any security break and sweep the area to eliminate any potential leaks. The Laser Viper will be among a hand full of lesser Cobras who will answer to my Cobra Security Commander who is represented by a figure that will be profiled in the coming weeks. I think you will be surprised at who it is.

Lately, I've found myself moving away from my army building past and focusing more on characterizations. This figure really represents that. I have a very large Cobra army. I have found, though, that those figures rarely get used. Often, I will use one or two of an army builder, but rarely 6 or 7. The Laser Viper is going to become the first of my new breed of Cobra. No longer will they just be faceless legions. Now, those legions will have a unique leader who is not yet to the level of the named Cobras. It adds some depth to the Cobra forces and allows some figures who can play a major role, perish, and be replaced with no danger to the overall continuity. This fits my new collecting focus as well. Some day, I may regret not acquiring more Laser Vipers when I had the chance. I think, though, that I will appreciate this figure more for it, though.

Some people will tell you how tough the new Laser Vipers are to find. Fact is, they are still shipping. Wave III has not hit total market saturation, yet, and won't for a couple of weeks. Even after Wave III stops shipping, though, these guys won't pull a Firefly/Undertow. They will still ship 1 per case in the Wave IV figures that will come out this fall. With that in mind, though, there is no time like the present to build your armies now. For me, I've got enough of this guy. I know people, though, who have over 20 of them. Every time the collecting community feels a sense of security that a figure will be released in great enough quantities to satisfy their army building needs, that figure ends up disappearing from retail and making a reappearance on Ebay for prices 8 to 10 times the original retail cost. It's happened with every release since 1997. Just a friendly reminder. At any rate, though, the Laser Viper is a figure that I see having some use in my collection. Based upon collector sentiment that is out there, mine will not be the only one.

I dig the Laser Viper, but will buy more at retail should the need for them arise. How many of the '01 Cobra army builders do you have? 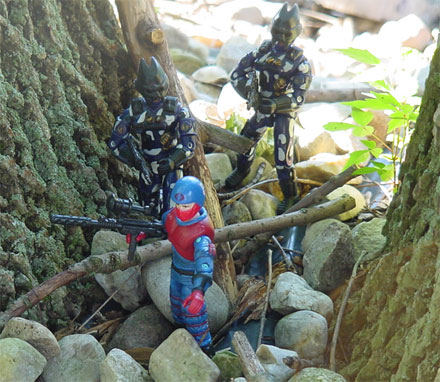 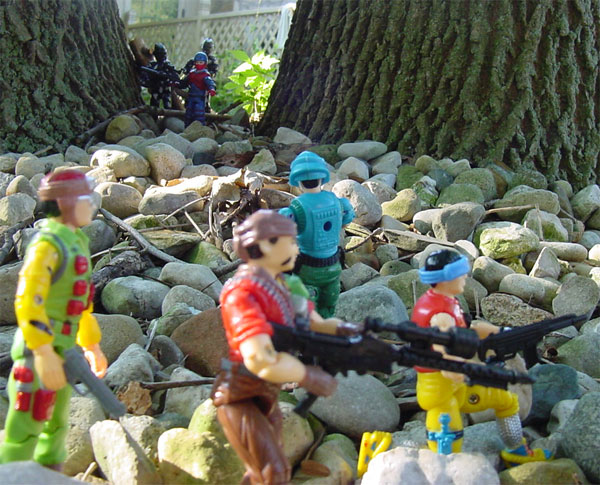 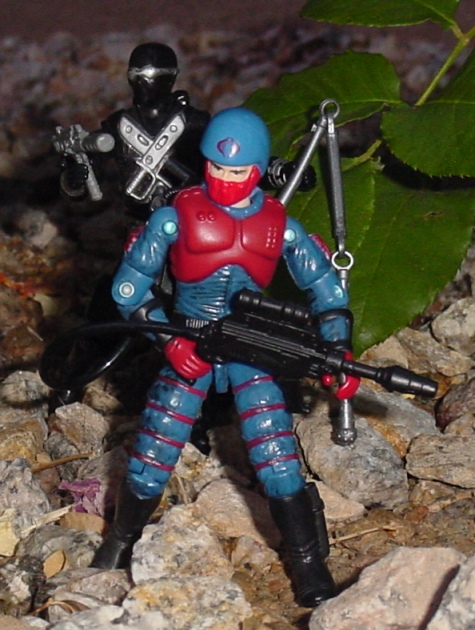 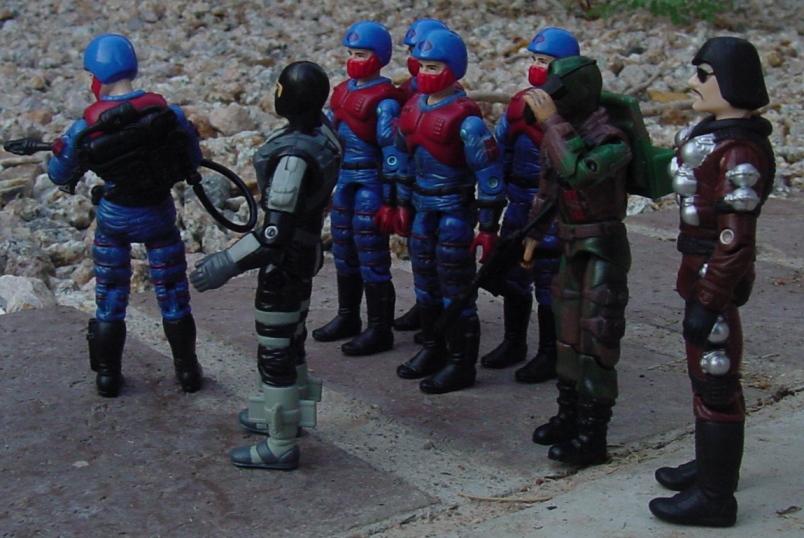