I've long maintained that 1994 figures have gotten a bad rap. When you look at them, they are a fantastically molded and subtly colored group of figures that shows the Joe line still had life in it when the plug was pulled. Unfortunately, most collectors do not share this sentiment. They see the final year of the line as an amalgamation of translucent ninjas, ridiculous aliens, and astronauts galore. They simply haven't taken the time to look at many of the regular assortment of figures that we were offered in the line's final year. Figures like Stalker, Metal Head, Dial Tone, Viper, and Shipwreck were all nicely done figures that could hold their own in against figures from any year. Very few 1994 figures are poor, or even below average. They are simply forgotten afterthoughts from a time when the few collectors who were around were very bitter about the line's demise. Such is the case with today's subject, Lifeline.

I have several reasons for profiling this figure. First and foremost is because I like him. He also, though, will see his primary body mold reused later this year in the final Wave V assortments that should be at retail before the end of the year. Naturally, that exposure will put the mold on people's minds. However, very few people who will buy this new figure will pay much attention to the original owner of the mold. Since the original figure is so good, though, I felt compelled to espouse upon Lifeline before the deluge of nostalgia hits. The final reason is that I really, really like this figure. He has a small role in my Joe world, but a very important one when he is needed. He is one of the figures that I first acquired at retail when I returned to Joe and saw a lot of use in the days when I had few figures available to me. He, like many of the '93 and '94's I profile here, is a nostalgic favorite from a simpler time.

The only reason I originally bought this guy was because he came with a rope. (That's an accessory that I'll always buy!) Other than that, the figure didn't do much for me. However, I had recently purchased a Monster Blaster APC vehicle and needed a driver for it. Lifeline's tough look and communication device made him an emergency pick for the job until I could find a more suitable figure. Lo and behold, though, I grew to like the combination and Lifeline became the only driver my Monster Blaster (it's a really stupid name, but a great toy!) will ever have. He had many personalities depending on the situation. Like most of the figures I picked up in the mid '90's, Lifeline was originally used as an army builder. Over time, I developed a new name and characterization for him that made the figure stronger and gave it more long term potential. Now, he is the named driver of my Monster Blaster. He is a former security trooper and works mostly on prisoner transfers and other criminal related missions. More than once, he is the last link to salvaging a transfer mission gone horribly wrong.

In the history of the Joe line, the few medic figures were very well done. Doc, the original and only actual doctor, was a great figure and an interesting character. The original Lifeline was done in red, but had awesome accessories. Stretcher was also a nice figure who had great accessories. This third version of Lifeline (he also had a Tiger Force version that is really cool for a field medic) follows that tradition. He has a nice, well detailed mold that is covered with gadgets and tools. Like most of the '94 figures, though, these details were left unpainted and are easy to gloss over. If the new version of this mold, and the '94 Stalker mold, utilize paint schemes that fully accentuate the level of detail applied to these later figures, I think many more people will realize the gems that exist from Joe's final year. His head sculpt is also very detailed and shows that Hasbro was working on making the Joe's faces more realistic and detailed. Of course, he suffers from "Big Shoulder Syndrome" and his parts are less compatible with earlier Joes. This second series of figures more closely fits with what we would have seen from the 1995 Battle Rangers assortment. I've said it before and I'll say it again, we, the collectors and fans, were really shortchanged by Hasbro not being able to release the planned 1995 Joe line.

There are a lot of Joe fans out there that have a problem with Lifeline's character. The reason is that Lifeline was a pacifist. The very notion of a pacifist in an elite combat unit like the Joes does not sit well with many people. This characterization crosses the lines of Joe media and was evidenced in both the comic and cartoon. It is a serious source of contention with some people. For me, I avoided the problem. This figure is a rough and tough vehicle driver. The other two Lifeline figures are army builders for me. I use the original as a base medic and the Tiger Force version as a field medic. The figures are much more fun that way and you avoid the contradictions in character that so many Joe aficionados out there despise.

Lifelines are pretty tough to find. He came out in the harder to find second series from 1994 and didn't see the wide release that many of the other figures from his year did. Now, he, like most 1994's, can be found more easily MOC than he can loose. I remember trying to buy Joes at retail back in '94 and '95. They weren't an easy find. There were many, many pegwarmers left over from previous years and the newer figures tended to only show up occasionally. Looking for this guy now, especially if you want him mint and complete, can be frustrating. My advice would be to buy a carded figure and just open him. Most '94's can be had for under $10.00 for a MOC figure. With those kind of prices, why wait? With the impending rerelease of this mold, interest in this figure could increase. If that is the case, you will certainly be upset with yourself if you pass on the figure now. I've found this version of Lifeline to be a valuable addition to my collection. Given half a chance, I think many others out there will as well.

I'm looking forward to the new interpretation of this mold that will come out later this year. Are you? 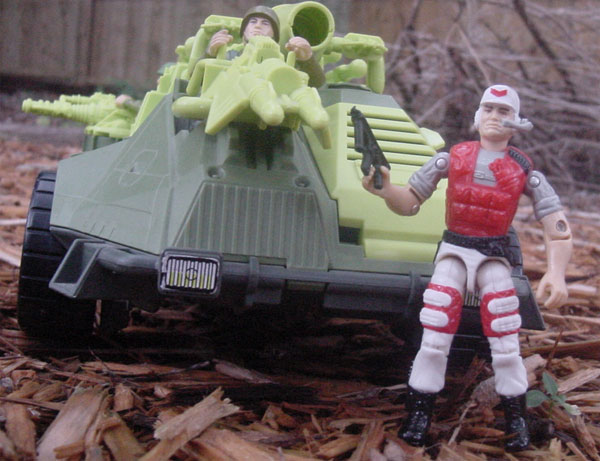 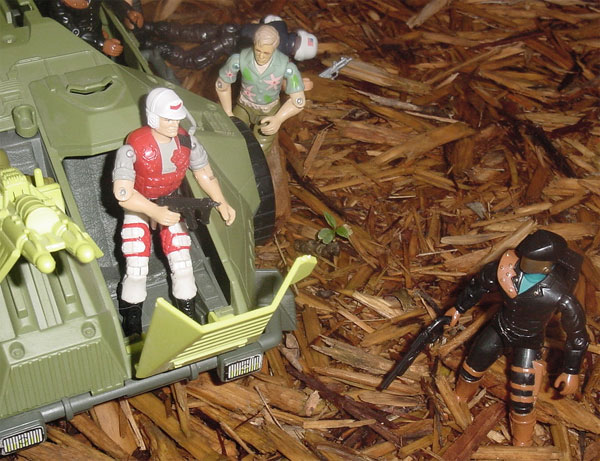 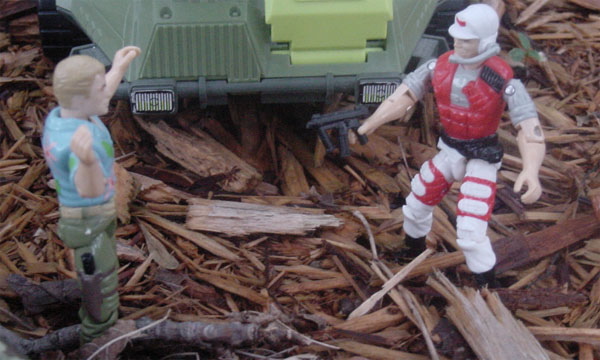 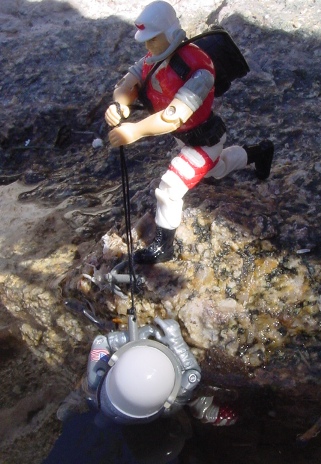 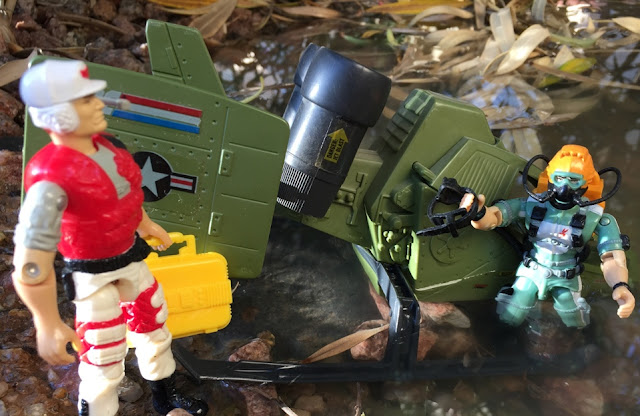