Back in 1998, I was just getting back into Joe collecting. I had spent most of the prior year buying Star Wars toys, but the Stars and Stripes set had finally taken its toll and gotten me interested in Joes again. When I first starting looking for Joes, I tended to be most interested in figure lots that concentrated on the '89-'91 time span. I had stopped collecting full time at the end of 1987, but still had a few '88s. As such, I really wanted the figures from the newer years. Of course, back then, it was easy to get pre '88 figures, but those from later years were very hard to find. Fortunately, I found a couple of large 30+ figure lots that heavily concentrated on figures from those years. (Of course, back then I paid about $1.50-$2.00 per figure for those lots. Today, a similar lot would run several times over what I paid. I miss the old days of Ebay.) When I started sorting through the figures, there were many I didn't recognize and had never even seen before. While I liked the Joe affiliated figures, it was the new Cobras that really drew me in. Guys like the Interrogator, Night Vulture, Annihilator, and the Rock Viper were awesome new additions to my fast expanding Cobra army. Another figure from those years that I liked, though, is the one I decided to profile this week: Cobra's only flamethrower, the Incinerator.

I use the Incinerator figure in the same manner as I use SAW Vipers and Fast Blast Vipers. They are a small support team that enhances a Cobra combat unit. The way I see Cobra, the Troopers and some infantry Vipers make up the bulk of any Cobra attack force. They are equipped with the weapons and supplies to at least pinpoint all of the enemy in a given area. When a situation arises, though, where they need more support, teams of specialty Vipers, like the aforementioned group, flock to the scene to take care of the special situation. Rather than have troops ladened with heavy gear, like the Incinerator would have, running around and getting in the way of the infantry, these specialty troops hang back near the Cobra armor or in troop transports and respond to calls for help. That way, if they are not needed, Cobra never has to show their full strength. It is a perfect way for Cobra to be more deadly, but always have an additional surprise available to them.

The Incinerator is a very cool mold. He has a bulky sculpt that showcases the fact that he is wearing protective gear. The helmet is very sleek, though not removable. He has nicely detailed features and excellent accessories. (His pack is large and detailed and he comes with the original incarnation of the same weapon that came with the 1993 Crimson Guard Commander.) All in all, this is a great mold that only has one drawback: the color scheme. Since the original Blowtorch in 1984, Hasbro seemed to think that a flamethrower would wear bright, neon colors. While this uniform would work in a base or controlled environment, it makes the Incinerator an easy target when he ventures into the field. Still, the orange and red is definitely a danger signal to anyone who would come across one of these guys. On that level, the color scheme still works for me.

Personally, I'm very surprised that we haven't seen this mold again since the initial 1991 release. This figure just screams for a repaint. He would have easily integrated into Star Brigade and would have fit into that genre. This figure also would have made a much better choice to be the mold for the 01 Laser Viper. His bulky sculpt and cool head would have been a nice addition to the new releases. I'm also surprised that we never saw this guy anywhere else in the world. He was released in Europe, but that version is the same as the American. However, with Funskool's recent foray into 1991 molds (see Desert Scorpion, Crimson Guard Immortal, and General Hawk) I would not be surprised if we one day saw an oddly colored Incinerator repaint offered from them. I know I'd welcome it.

Incinerators are tough to find. All the '91's, with the exception of Bats and Red Star, are still pretty tough finds. With a little patience you can build an army of these guys, but it will take a while. Incinerators can be had cheap, though. The bright colors, late issue date, and not often popular specialty keep them from most collector's and army builder's radar screens. If you like the figure, that allows you the freedom to acquire as many Incinerators as you can find without killing your budget. He is about the most affordable '91 Cobra figure, but really isn't bad to make him so. Like some of the '89 Cobras, this guy came out in a year of so many good enemy figures that he is kind of lost. It's a great idea and a very nice execution of that idea, but he still pales in comparison to many of his contemporaries. Still, he makes up a small part of my Cobra army, and I think he will find a home in yours as well.

The Incinerator is pretty cool, though I don't have tons of uses for him. Would you like to see a repainted Incinerator figure, even if it were offered by Funskool? Let me know. 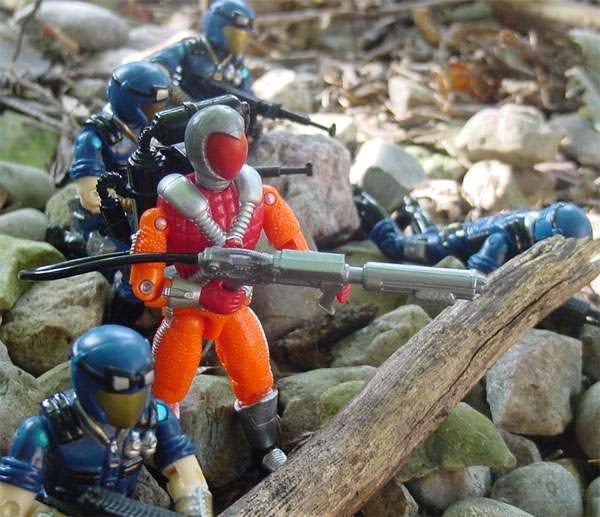 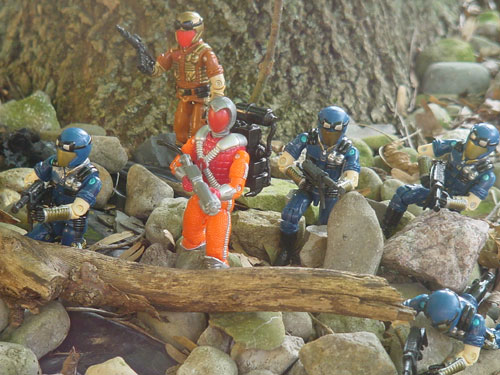 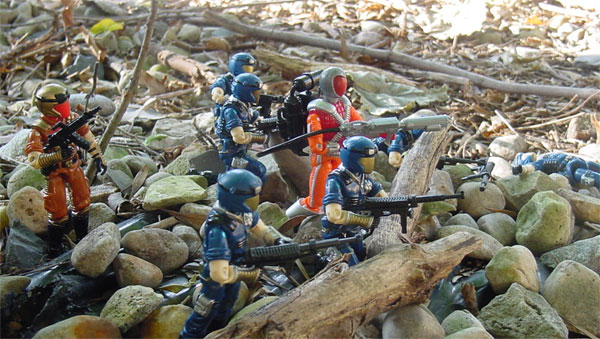 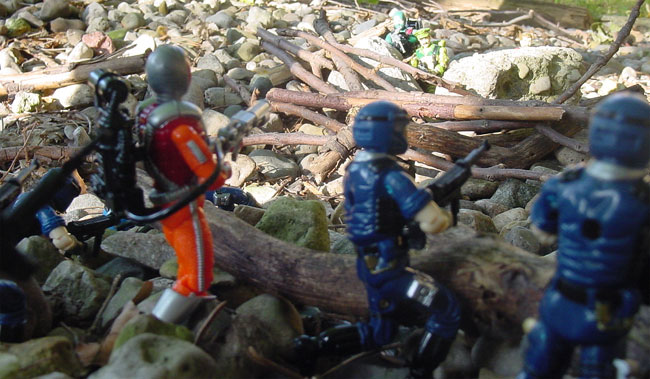 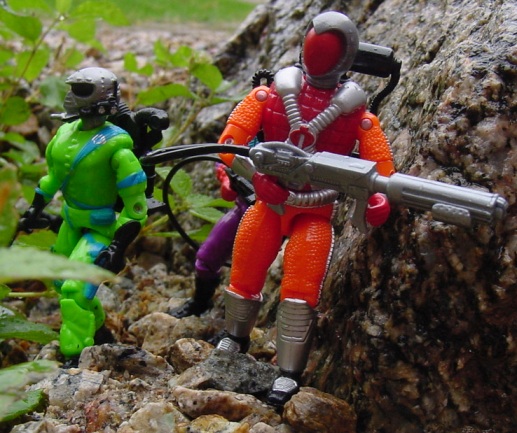 Posted by Robot_Sonic at 2:00 PM
Email ThisBlogThis!Share to TwitterShare to FacebookShare to Pinterest
Labels: 1991, Incinerator