Back in 1988, I was pretty much out of Joes. I bought a couple of figures that year, but was pretty much done by the time summer rolled around. However, my youngest brother still liked Joe toys and picked up a couple of smaller vehicles and such throughout the year. I was also still avidly reading the comic. From these two sources I became familiar with a bizarre new Cobra vehicle called the BUGG. This thing is an interesting array of bubble shaped pods colored in odd shades of green and yellow. It was meant to be a tracked submarine whose primary use would be to defend the coast of the newly created Cobra Island. While this thing is very, very odd to look at, it has become a fan favorite vehicle and is about the only unrealistic, neon vehicle that has any real fan support. Alas, while I've always wanted a BUGG, I have yet to own one. However, while the vehicle eludes me, I have managed to acquire the very cool driver of this weapon: the Secto Viper.

The Secto Viper is the only Cobra deep sea diver type figure ever released. While I've used the Toxo Viper as a deep sea diver to battle Deep Six, Hasbro never really released any sort of Cobra diver who wasn't your basic frogman. While I know that this isn't a specialty that is high on most collector's wish lists, it is a gap. It is filled nicely, though, by the Secto Viper. As you can see from the photos below, the level of detail on this figure is amazing. The large, bulky torso is supported by the presence of air hoses that terminate around the head and can be explained as built in recycling gear. With his helmet in place, this figure is very identifiable as a diver. However, Hasbro wasn't just content to have a bare, nondescript head inside the clear dome. The went the extra step to actually sculpt a unique head for the figure that is complete with small detailing on the mouthpiece that just makes this guy that much more believable. As with other divers, as well, this guys neon yellow color scheme can be forgiven as he would mainly be used under tropical waters off of Cobra Island.

When I first saw the Secto Viper upon my return to collecting, I was surprised that the mold had not been reincarnated as a Star Brigade figure. The bubble helmet and bulky sculpt would have been fantastic as a new Cobranaut. Alas, it didn't happen and the underwater specialty remains the only version of this mold that was released. Of course, just because he wasn't released as an astronaut doesn't mean that he can't be used as one. In fact, during my Star Brigade crazy days when I amassed any astronaut-like figure I could find, I picked up extra Secto Vipers with that intended use in mind. Before I was ever able to get the Defiant, though, my interest in the space themed Joes diminished and I returned the Secto Viper to his original specialty. Still, though, if you are inclined to the space themed elements of Joedom, this figure is an excellent addition to your astro ranks. For me, though, he remains a Cobra deep sea diver. However, in recent weeks I've started making the Lamprey figure into less of a vehicle driver and more of a Cobra maritime infantry trooper. (It allows me to use Lampreys more often!) As such, I've been looking for new Moray drivers. As my deep sea adventures are now limited (no pool!) the Secto Viper had really not seen much use. As such, I'm thinking that my Secto Vipers will now become the definitive Cobra aquatic vehicle operator. I've said before that I like uniformity in my Cobra vehicle driver ranks. Making the Secto Viper a standard operator allows me to use him more while freeing up my Lampreys for more robust duties.

One of the main reasons why I wanted profile the Secto Viper is because he was only available as a vehicle driver. In the vintage Joe run, almost every vehicle came with a unique figure who was only (at least originally) available with that vehicle. As a kid, I bought several vehicles that were less than stellar because I wanted the cool figure that was included with the larger piece. The vehicle drivers as a whole tended to have very cool sculpts and often took chances that would later be incorporated into the rest of the line. With the new sculpt Joes finally on the shelves and the prospect of a large scale Joe revival now more reality than fantasy, old lessons like this are best remembered. I've passed on almost all of the vehicles that have been released in this new sculpt wave. Why? The vehicles themselves are kind of interesting, but the figures included with them are just uninspired repaints of figures that are currently sitting on the shelves. If, instead, the vehicle drivers were uniquely sculpted characters that showcased some real creativity or talent, then I would be much more inclined to buy the vehicle with whom the figure was packed. Hopefully, as the line matures, the days of the unique vehicle driver will return and we will be treated to awesome new sculpts rather than lame repaints.

Secto Vipers aren't too hard to find. For being included with a higher price point vehicle and never being offered via mail in, they are surprisingly available. However, if you want one mint and complete, though, the search gets a lot tougher. The Secto Viper helmet is a frustrating piece to track down. His unique little gun is even more so. As such, if you can find a mint, complete Secto Viper, he will cost you more than just about any other figure from his year. Still, though, that price won't be outrageous, it will just be high enough to preclude you building any Secto Viper armies. In all, though, I've found this figure worth his price. He is very cool, even if his specialty is less than stellar. I've always felt a BUGG fully equipped with a contingent of Secto Vipers would be very cool. I don't think I'm alone in thinking this. As such, there will be many collectors out there who either have multiple Secto Vipers or want them. Should the opportunity to add this figure to your collection arise, I would take advantage of it. He is a great addition to any Cobra army as has proven even more versatile that I had first anticipated.

I'm always interested in additional Secto Vipers. I also need a couple of their helmets and guns. If you have any of these available, email me. 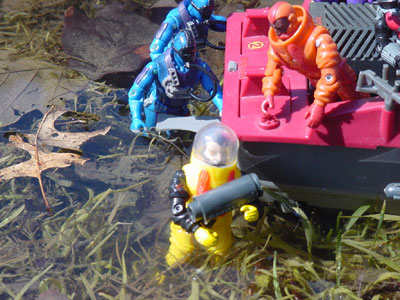 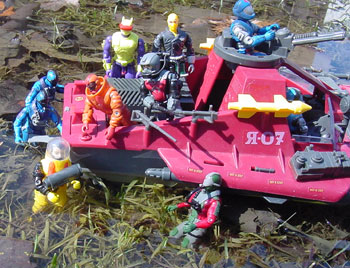 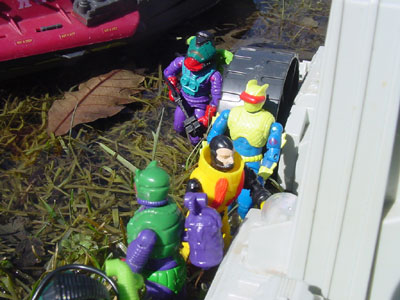 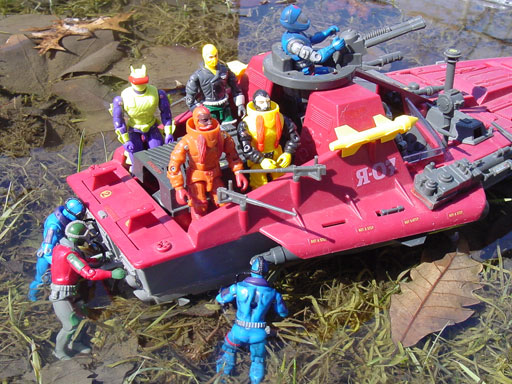 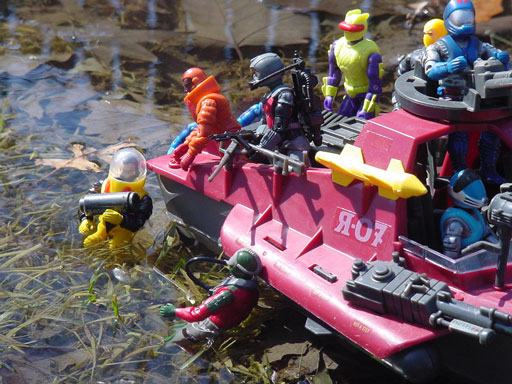 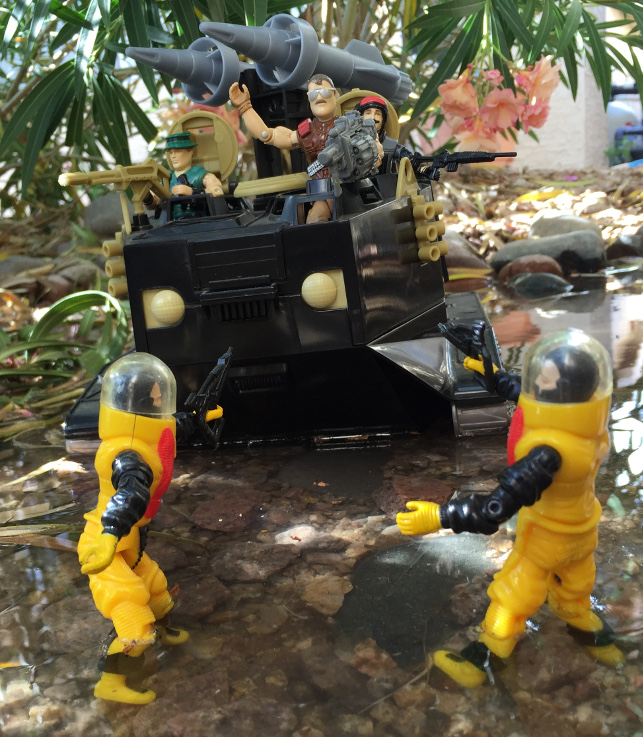