Back in early 1985, my mother took me to a Kay Bee toy store who, I had heard, had received the first shipment of the new Joes. 1985 was a neat year because the Dreadnoks had been released the December prior and everyone knew about the new figures before they hit the shelves. Sure enough, this Kay Bee had quite a selection of figures. I really wanted a Flint but passed on all of them because the figures' heads were drooping and I thought them broken in the package. (Imagine my surprise when I discovered the new head articulation that year!) At any rate, I purchased a Footloose and Airtight figure and went on my way. Now, this lead to later great lamentation as, after learning about the new head articulation, I really wanted a Flint figure. Alas, I could not find one anywhere. For Easter that year, my family went to visit relatives in Lacawanna, New York. On Easter morning, my brothers and I got up and followed a candy trail to our respective Easter baskets. My middle brother found his first. His "large" gift was the figure I am profiling today: Bazooka. This lifted my spirits as I thought, for sure, that I would receive a Flint. Alas, it was not to be. My youngest brother received a Tele-Viper, but there were no Joes for me. However, as I had brought a nice contingent of figures with me, this allowed me an opportunity to really use the Bazooka figure.

Just about everybody is familiar with the Bazooka character. He played a prominent role in the cartoon, though was less utilized in the comic. Anyone who has read it, though, can not forget Bazooka's cameo appearance in G.I. Joe Reinstated #1. Frankly, that panel alone is worth the cover price. However, while the character got some recognition, the figure received less so. Given the football jersey motif and the basic, bright red color of his chest, it is hard to see why this figure isn't more ridiculed in modern collecting circles. Had this guy come out in 1991, he would be on the receiving end of more jokes than even Captain Grid Iron. With the star of being released in 1985 shining on him, though, Bazooka has remained below the radar in most collecting circles and has retained his supporters.

In my collection, Bazooka's role was varied. Back in my youth, I had no Zap figure. As such, I missed the rocket launcher, anti tank specialist that every team needs. While Footloose's law rocket was nice, I used the figure as a true infantry trooper. (On a related note, the original Bazooka figure came with the same rocket launcher as Footloose. This was quickly corrected, though, and he is far more common with his traditional, handled rocket launcher. Both weapons are easily acquired, though, so don't let any unscrupulous dealer sucker you with claims that one accessory is rarer than the other unless you are dealing with a carded specimen.) With the acquisition of Bazooka, though, I finally had a figure who could take out HISS tanks and other heavy vehicles. This ability alone made Bazooka a valued member of many of my missions. I was able to forgive his basic red color scheme and use him as a primary field trooper.

As 1985 progressed, though, I acquired the Mauler tank. This remains my favorite tank in the Joe line and was among my most used toys. While Heavy Metal was great as the driver, I needed a second chair for the tank. While some older figures like Steeler worked in this capacity, I've always been more fond of my most recent acquisitions. As such, Bazooka found his way into the second seat on the Mauler. Again, he just fit perfectly. Unfortunately, though, since the figure was such a natural for this position, that's where he stayed. Over time, I forgot about Bazooka and he remained under the Mauler hatch for years. Once he was there, Bazooka ended up being replaced. In more recent years, figures like the '91 Zap fill the role the original Bazooka did. The just look better and are more interesting to me than Bazooka is.

Why, then, did I profile this figure? Well, the short answer is that he was requested. However, for me, Bazooka is the definition of a forgotten figure. He came out in one of the greatest Joe years ever and is overshadowed by most of his contemporaries. When choosing figures for a mission, most people would pass on Bazooka without even giving him a thought. While I might count myself as one of these people, the Bazooka figure is worth a little more respect than that. I think my main problem with both the figure and the character is how he was portrayed. Bazooka was always shown as stupid. While his filecard calls him "a decisive fast thinker" it also implies he is illiterate. While I can understand that some Joes might not be geniuses, having someone portrayed as so dumb just didn't fit with the team. The Joes are elite and its members would need to have some sort of intelligence. While some may love this characterization, I had to change him around to make him more palatable.

Bazookas are easy to find. He came out in 1985 which is one of the most plentiful Joe years and probably exists in numbers that would boggle the mind. However, Bazooka is prone to paint wear, especially on the numbers on his shirt and on his mustache. Spending some time to get a truly mint specimen can be frustrating as most examples that saw any real play, or even just unprotected storage with other figures exhibit some noticeable paint wear. The good news, though, is that they are cheap. Even complete with filecard, Bazookas consistently run under $8.00. Bazooka suffers from the popularity of other '85's and finds himself as one of the less popular figures from that fan favorite year. That's not a bad thing, though, as it allows you to acquire a decent enough figure from a cool year without dropping $20. For me, though, Bazooka's day is past. He just isn't a guy that I find use for anymore. There are other, better figures from later years that are more suited to represent Bazooka's specialty. This is function of time, though. Many early figures were replaced as the line progressed and Bazooka is just one of them. Perhaps, one day, we will see an updated Bazooka figure. I think many people, myself included, would be happy with that. Until then, though, Bazooka remains on of the unheralded supporting members of the class of '85. It's not a bad lot, just one that allows me to pass him over.

I need a MINT Bazooka figure. I don't need accessories or anything like that, but the figure must be mint with absolutely no paint wear. If you can help, email me. 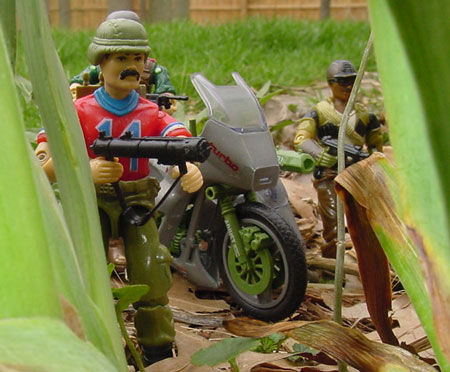 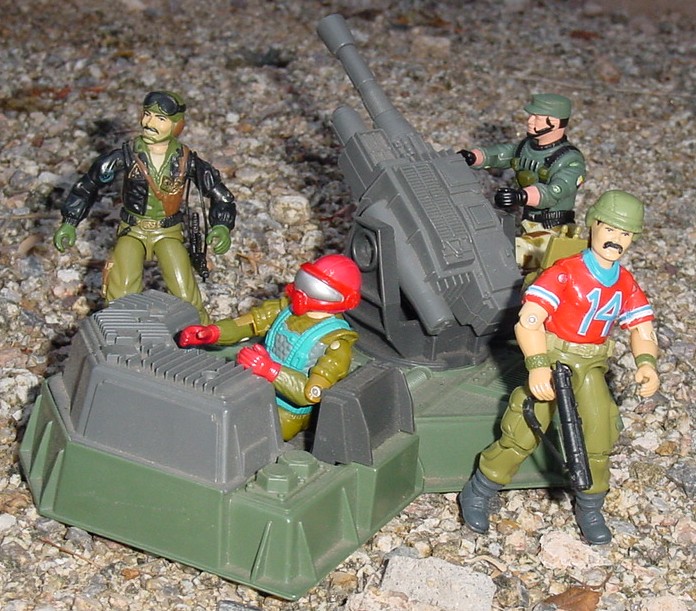 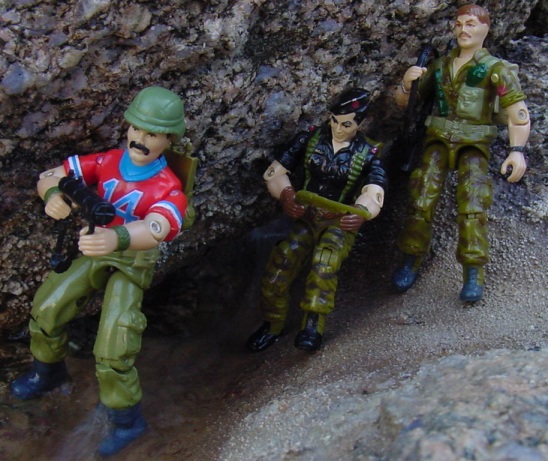 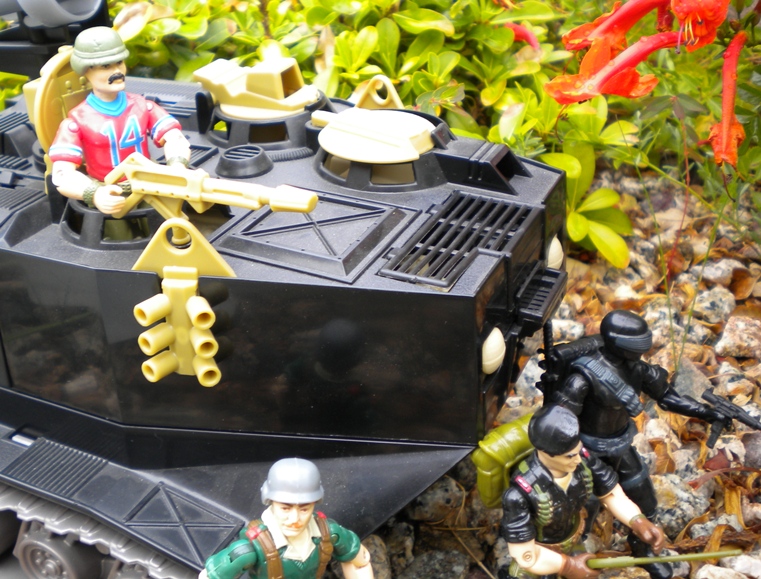 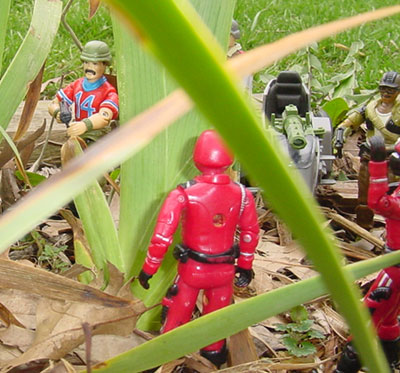 Posted by Robot_Sonic at 3:05 PM
Email ThisBlogThis!Share to TwitterShare to FacebookShare to Pinterest
Labels: 1985, Bazooka