I've related the story of my first encounter with 1984 Joes before. Many of you know that the first figure I acquired that year was this version of Firefly. While this figure does not fit the traditional definition of a "Forgotten Figure" he is a character that I feel was underutilized in the role that I felt most suited him. As such, I've chosen to start my newest batch of profiles with the favored version of one of the most popular characters in all of Joedom.

Since the day I first acquired this figure back in the spring of 1984, I've used him as Cobra's answer to Snake Eyes. (Not in the ninja sense, though!) He was Cobra's saboteur and commando. While he would blow things up, he was more dangerous as a infiltration expert who would break into Joe compounds to capture or kill high ranking Joe officials. He was stealthy and deadly and possessed a skill level easily on par with any of the Joes. He was well trained in the use of all the little weapons that are molded on the figure. At one point, I even went so far as to imagine the knife that is above his wrist as a rope shooter that gave Firefly near Spider-Man like abilities. Sure it was over the top, but I was 10 years old and stuff like that made a figure just that much more special.

As a figure, the V1 Firefly is nearly perfect. His body mold is covered in trappings of explosives, tools and hidden weapons. His colors are perfect for his specialty. The sleek head sculpt differentiates him from his other, contemporary Cobras. His accessories were top notch. The pack with the removable cover that revealed detailed tools and explosive making devices was just about the coolest accessory I had ever seen. His gun was highly unique and so cool that it was impossible to replace. His little phone, that I long thought was a walkie-talkie, gave him a slight element of mystery. I always envisioned him blowing up a building and talking to his client as the structure burned in the background. The combination of greys that make up his cammo pattern allow Firefly to be at home in both field and urban areas. They also created one of the most visually stunning figures that the line saw. Fantastic in his simplicity, Firefly was an excellent example that a few, base colors, properly done, could make a remarkable figure.

To this day, this version remains the only representation of Firefly in my collection. The 90's versions are used as a new, younger character who is the second in command to the Flying Scorpion character. The well done '98 version does see some use as Firefly, but more often as a just a run of the mill arctic commando who is sometimes used as a good guy. The suberb update to the mold that was released in 2000 primarily sees use as a Cobra Demo-Viper in my collection. (That's mainly due to the fact that I've got a bunch of them!) And works in that capacity more than as the true character. The original version was so well done that there is no way for me to have the character represented by any other figure. (Although it does appear that the new sculp Firefly that is slated for release later this year will be quite a figure. I think he may do the original character justice.)

How, then, you may ask, is Firefly forgotten? Well, after the character became bogged down in the ninja story from the later issues of the Joe comic, he was heavily devalued as a Joe character. The Firefly from the early to mid '80's is the way that I always wanted to use this guy. Based on general collector sentiment, I am not alone in this. In my Joe world, Firefly never had any connection to Snake Eyes, Storm Shadow, or any other ninja. He was simply a mysterious outside contractor who did remarkable enough work that he was able to join Cobra and worm his way into Cobra Commander's inner cabal. In this capacity, he remains a very dangerous foe about whom the Joes know little. I prefer to keep Firefly that way.

As most of you know, mint, complete V1 Fireflies are expensive. Often, they fetch over $40 with some going as high as $50. His green phone is one of the most difficult accessories to find in the entire line and is just pushes complete Fireflies that much higher. Of course, the figure being one of the most popular molds in the history of the line makes even off conditioned, incomplete Firefly figures desireable. The nice thing, though, is that the figure is easy to find. While he may cost you a bit more, you can find incomplete and slightly less than mint Firefly figures in many figure lots and by themselves. He was released during the most prolific years of Joedom and there are many, many Firefly figures out there. For those who don't have one, though, that doesn't make the financial pain of acquiring one any less.

(One thing to note, there were unsubstantiated rumours abounding that Funskool was going to re-release the V1 Firefly figure that they produced. As such, many collectors were on the lookout for that figure as a cheap alternative to this one. However, the Firefly mold that Funskool used to create their version was returned to Hasbro for use on the '98 and '00 versions of the figure. These figures show the alterations made to the mold to remove copyright information by the foreign Joe producers. As such, unless someone finds some warehouse stock of the Funskool Firefly, it is HIGHLY unlikely that we will see a V1 Firefly figure re-released by Funskool. Those of you who passed on a V1 Firefly figure in anticipation of a Funskool version should probably refocus your searches on V1 American figures.)

For me, I've always enjoyed having the V1 Firefly figure. He has always been a constant in my collection and remains the primary mold I use to represent Firefly. I'm not alone in this as Firefly's popularity among collectors is equal to just about everyone save Storm Shadow or Snake Eyes. While this may make him a bit more expensive to acquire, I would say that this version is always worth it.

Fortunately, I'm all set with Firefly figures and don't need any of his accessories, either. Are you looking forward to the newly sculpted Firefly figure that will be available later this year? Let me know. 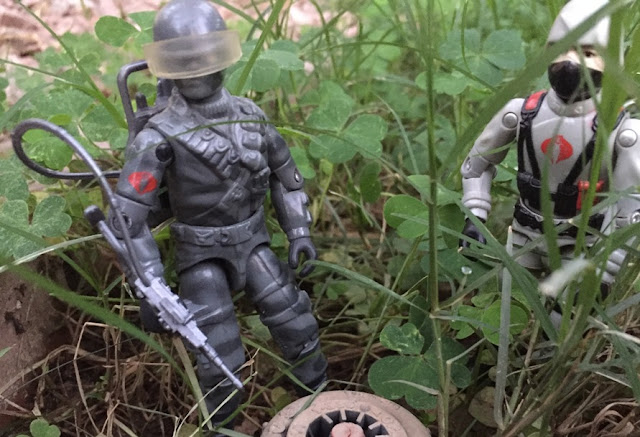 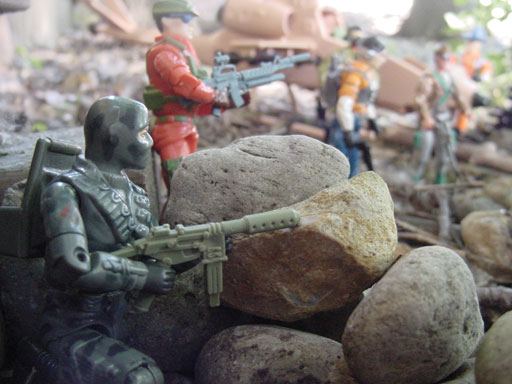 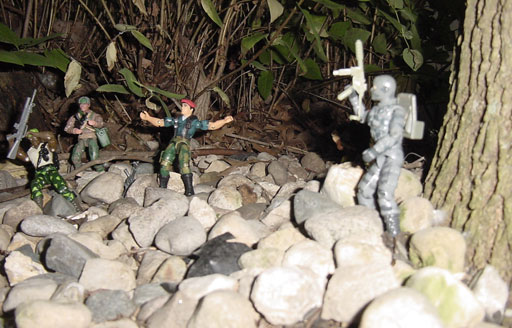 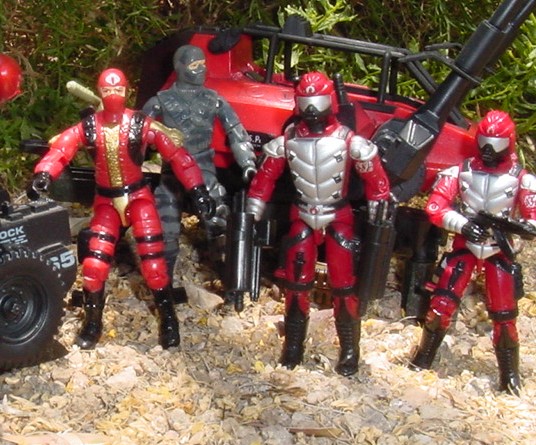 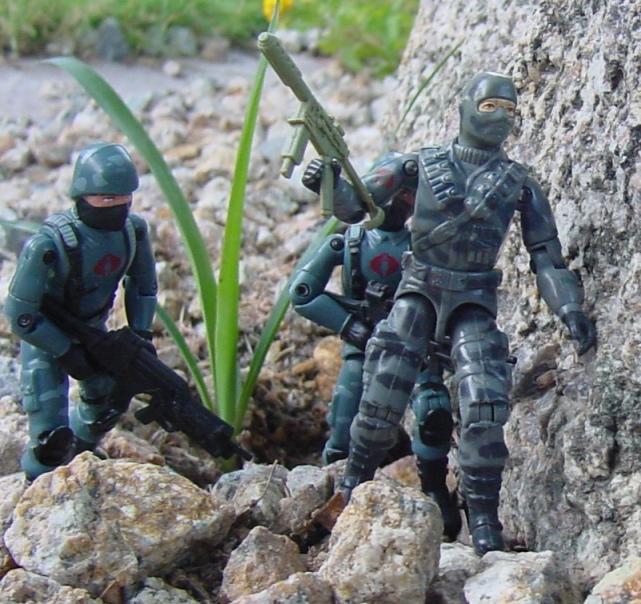 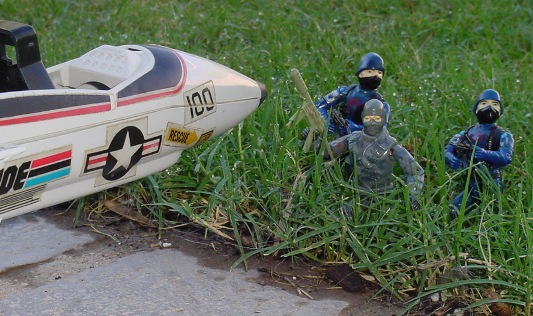 Posted by Robot_Sonic at 1:00 AM
Email ThisBlogThis!Share to TwitterShare to FacebookShare to Pinterest
Labels: 1984, Firefly