I've wanted to profile a Tunnel Rat figure for quite some time. About a year ago, I took one out in my yard to photograph. However, the shots just didn't do the figure justice. As such, I decided that I would hold off on profiling the Tunnel Rat character until I was able to acquire a version of him that is a bit more seldom seen. From that point on, there was a race between the Night Force version of Tunnel Rat and the European exclusive Tiger Force version. While both figures are pretty cool and well deserving of some recognition, it was the Tiger Force version that won out and it is my choice to profile.

A long time ago, I profiled the first foreign Joe I added to my collection: Tiger Force Outback. In that profile, I wrote of the difficulty in acquiring any of the European exclusive Tiger Force figures (Outback, Psyche Out, Blizzard, Sneak Peek, Tunnel Rat & Hit and Run) who weren't Outback and Psyche Out. The main reason for this is that Outback and Psyche Out were available for a full year before the next four were produced. As such, they have a full additional year of production that bolsters their numbers and makes them easier to locate. It has also made the later 4 Tiger Force exclusives some of the most sought after and hardest to find foreign exclusives out there. Unlike many of the wacky Indian figures out there, the Euro Tiger Force guys are often thought to be very similar to American Joes and an excellent addition to a very popular subset.

Tunnel Rat also has another claim to fame. His facial likeness was based upon the countenance of Larry Hama, the long time writer of the Joe comic. It was sort of an homage to the creative force who helped define so many Joe characters. (1987 seemed to be the year of tributes as Law's face was based on a Hasbro employee and Sneak Peek was named after the son of horror author Stephen King.) This is just another reason why this figure has remained popular with modern collectors. It is impossible to deny Hama's influence on the Joe mythos. Having a figure made in the likeness of such a figure is something that collectors often like to have. (Just look at the prices the Jorge Sacul figure from the Star Wars line are currently fetching!) As such, it is just another little thing that pushes the Tunnel Rat figure a little higher than most others.

Back around the time that the Tunnel Rat figure was released, Marvel comics had just started up a new comic series entitled The 'Nam. It was a comic series about the Vietnam war that was set in "real" time. As such, it featured some stories that were very self contained. One such story was about the war's actual tunnel rats; American soldiers who were trained to operate in and explore Viet Cong underground hideouts and tunnels. I found this issue to be particularly compelling as the story was very good and, to me, really portrayed the types of terror that these men were subjected to. Reading this just made me want a Joe figure in the same veins. When I finally got the Tunnel Rat figure, his first mission was flushing out a couple of Quick Kick figures from the depths of the couch cushions. While it was pale in comparison, it was my way of re-enacting a storyline I had really taken to.

Tunnel Rat's role in my collection evolved as time went on. In the comics, he was the team's light machine gunner. As my Roadblock figure had pretty much been retired and my Rock and Roll figure was long dead, Tunnel Rat became one of the most important machine gunners in my collection. He was involved in just about every mission. His large pack and cool satchel charge made him the type of figure that was imperative for just about every operation. As such, my original figure was beaten up pretty badly and I broke his gun. When this happened, Tunnel Rat kind of fell out of favor with me. While the figure was cool, it was the accessories that really made me want to use him.

When I returned to Joe collecting in the mid '90's, I sought out a replacement Tunnel Rat figure. In my zeal for one, I managed to pick up a couple of them. However, as the figure quickly regained his prominent position in my collection, that was fine by me. Tunnel Rat returned to his light machine gunner roots and became a fixture in many of my features. He works well on vehicles, underground, or in the field. He really has a versatility about him that allows for a wide range of uses. He also retains the sense of realism that so many casual collectors value. He remains one of the first selections I always make when choosing up a mission team. He just has the type of characteristics, both in figure and in character, that make him vital to many situations.

This version of Tunnel Rat is cool mainly because he is seldom seen. However, the orange headband, blue pants, and maroon shirt and yellow bandanna aren't really a recipe for a popular repaint of a great original figure. Were this figure not a European exclusive, I think he would be less desirable than the Sonic Fighters version of this figure that was released in the U.S. Of the 6 Euro Tiger Force figures, I think that Blizzard, Outback and Hit and Run are the most visually striking. While they may not have the uses their original figures did, they are still very neat. The Sneak Peek, Psyche Out and Tunnel Rat figures are less so. While they remain true to the Tiger Force theme, the colors and styles given them don't have the same wow factor that the other three do.

I'm not going to lie to you. Tiger Force Tunnel Rats are hard to find. Mint and complete, they can easily run upwards of $70! (One nice thing, though, is that the Tiger Force Tunnel Rat's accessories are identical to the original, American version's. Therefore, unlike the TF Blizzard or Outback, if you can get the figure, completing him isn't too hard.) Tunnel Rat is a very popular character. His original figure, that is pretty easy to find, can fetch almost $15 for a mint, complete specimen. The Night Force version is even more. (Especially if he is complete with his very tough to find flashlights!) Any way you look at it, if you want any Tunnel Rat version that is not the Funksool or the Sonic Fighters version, you are probably going to have to pay a little bit more. Of course, that doesn't mean he isn't worth his price tag. For my money, Tunnel Rat is the best light machine gunner ever offered in the Joe line. Since my childhood, he has been a constant member of any mission team I put together. Having a new version of him to complement his original is just an added bonus. However, the original Tunnel Rat version remains my favorite and the one that primarily represents the Tunnel Rat character in my collection. While this Tiger Force version is a cool figure in his own right, I'd prefer the original for day to day to use. This is a rare occurrence for me, but Tunnel Rat is a figure and character that no collection can really be without.

I've now managed to track down three of the six European Tiger Force exclusive figures. I still need the Tiger Force Blizzard, Tiger Force Hit and Run and Tiger Force Sneak Peek. I am also after a Red Laser and a European Mutt exclusive as well. If you have any of these guys available, let me know. 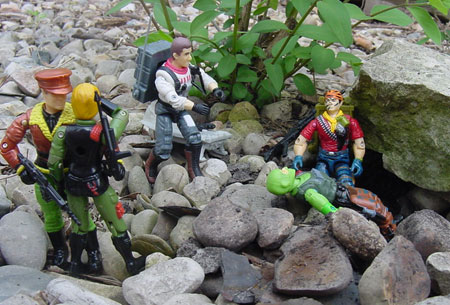 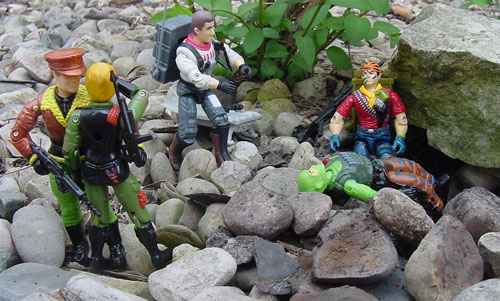 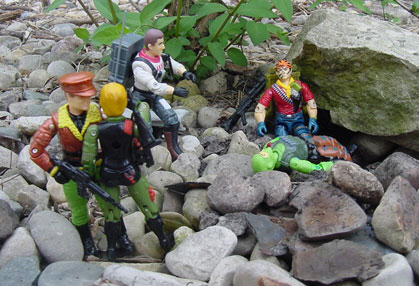 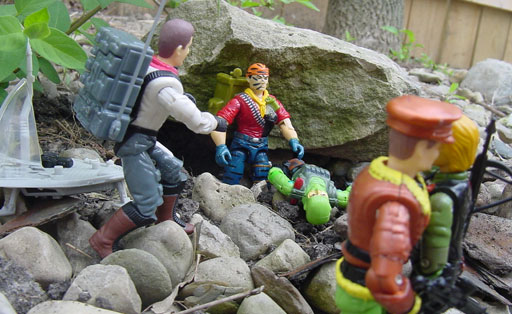 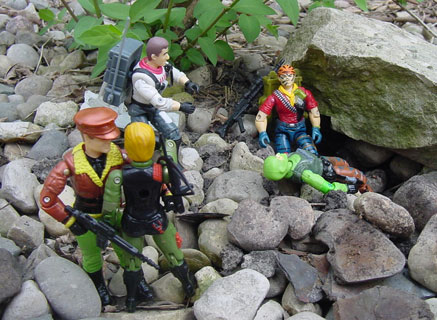