Let's face it. Most Joe collectors out there would not consider a neon colored figure to be among their favorites. In fact, many would simply dismiss a figure due to its poor color. My feeling, though, has long been that many of the poorly colored figures that sprinkle the line's history could, with a proper redesign, be held in high regard. The Shock Viper and Mirage are just examples of how a bad figure can be made good with a major color change. Such is the case with the figure in this profile. The 1993 Heat Viper suffers from an abdominal bright green as his primary color and has fallen into the line's scrap heap as a figure that collectors simply don't want to own. While the colors are loud, though, this figure does have many redeeming qualities and, like his 1993 brethren could be a great figure were he only colored a bit differently.

The Heat Viper mold is actually very well done. If you look around, there are several well done customs that utilize parts from the Heat Viper to create a great new character. First off, the figure is bulky. In '93, many figures began to get "super-sized". Torsos and legs were thicker and the figs, when compared to earlier models, looked much bigger and stronger. This was simply a reflection of the action figure market at the time and the natural progression has lead us to the new sculpt figures of today. In the case of the Heat Viper, though, the bulk works. Supposedly, this is a hand held artillery soldier who would carry heavy weaponry. As such, they would have be strong and big. Beyond the bulk, though, the mold is also incredibly detailed. The figure has a black bandoleer across his chest that houses three grenades. He also has a pistol molded to his leg along with various straps and holsters. The coup de gras, though, is the figure's boots. The Heat Viper has heavy knee pads and thick, black boots that make him look like he means business. It is a small detail, but the type of thought that would have made this figure stand out had he been released in earlier years. While the description of the details may sound a bit sparse, it is the way the detailing is used that allows this figure to be remarkable in simplicity. He is Truly an example of where less is more.

Of course, though, the Heat Viper has some deficiencies. The first and foremost is his neon green color. While eye-catching and attention grabbing, it is not so useful for practical situations. Aside from that, the figure is only molded in three colors: green, black, and flesh. While the contrast of the green and black is fantastic, it also makes the figure feel too simple. Like other later edition figures, the lack of paint detailing lets the intricacy of the mold down. Aside from that, the figure's head is odd. Like the original Heat Viper, this figure has a bizarre helmet that leaves the figure's mouth exposed. Why wear a blast helmet if your source of air is still left open to exhaust and blast fumes? It is a poor design choice, but one that remains true to the figure's roots. The final problem is the figure's accessories. Aside from being cast in neon green, the Heat Viper's weapon tree makes no sense. He comes with machine guns and no projectile launcher as is suggested by his specialty. The thought was for kids to use the spring loaded launcher as the bazooka, but leaves modern collectors with the dilemma of how to properly arm him. (At least black versions of the original Heat Viper's gun have become common with the new releases.) The disappointing thing is that there were other weapon trees offered in '93 that would have made sense for this figure. However, by '93, accessories were an afterthought for these figures.

In my collection, the Heat Viper is not the hand held artillery soldier as denoted by his specialty. Instead, he is more of a specialty shock trooper. He is basically a Cobra SWAT trooper who is used in close quarters, urban situations. Unlike the Headhunters who are more mobile, these Heat Vipers are trucked into a specific situation, knock down the door, take care of business and are then quickly sped away to the next task. I explain the figure's bulk as being a combination of body armour and sheer muscle mass. As such, these guys are the heavy hitters who lead the charge into building occupied by resistance. Alley Vipers are the combat arm of Cobra's urban assault forces. The Heat Vipers are just a logical extension of them. The supplement the Alley Viper's duties in specific situations that call for more heavily protected and less mobile troopers. Plus, I can explain away the green color as being special fabric that allows the Heat Vipers to see each other in the dark confines of the environments in which they tend to operate.

Many have said that this mold would make for an excellent candidate for re-release in the modern line. New colors and proper accessories could really create an exciting new figure. However, this figure has a slight problem that many other '93 figure molds face: he was sent to Brazil shortly after his American release was finished. In Brazil, he was released in nearly identical colors and named Raio Verde. Most of the molds that were contemporary to Raio Verde have not been located by Hasbro and are not candidates for re-release. For now, the Heat Viper appears to be among them. However, as Hasbro is actively seeking out their missing molds, the possibility of this figure's return is always there, no matter how small it may be. I know I would appreciate a new attempt at this mold. Were it done right, I think many other collectors would, too.

1993 Heat Vipers aren't hard to find. There are lots of them out there. The only problem is that they tend to be carded or only available in lots with many other '93 and '94 figures. As this figure is not high on many collectors' priority lists, though, even carded samples can be had cheap. Truthfully, after pulling mine out and putting them to a bit of use, I'm thinking of going out a picking up a couple more of these guys. It's rare to find many Cobra army builders for cheap these days. It's even rarer when the ones you can find are not either highly specialized or suffer from a truly bad mold. I think this version of the Heat Viper is a good buy right now. While he'll never replace the more standard Cobra troopers in my collection, he does fit in well for specific tasks. I think that, given a chance, more collectors could grow to appreciate this figure, even if they never actually use him. For a '93, that's not too bad a lot in life.

I'm curious about the upcoming Python Patrol Heat Viper. My guess is that he will be a straight repaint of the 2001 Fast Blast Viper rather than the '89 Heat Viper or this mold. Which would you prefer? 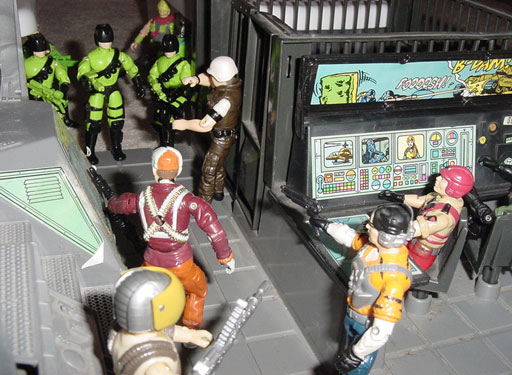 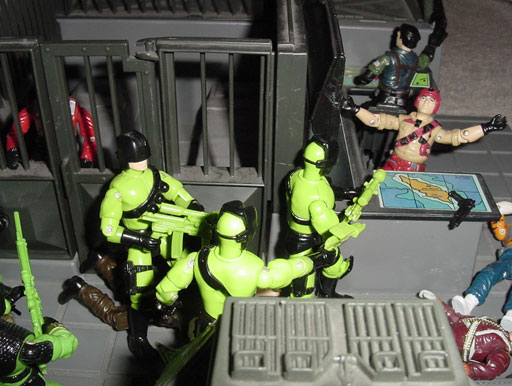 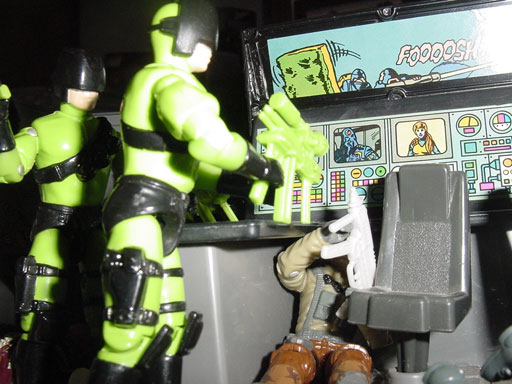 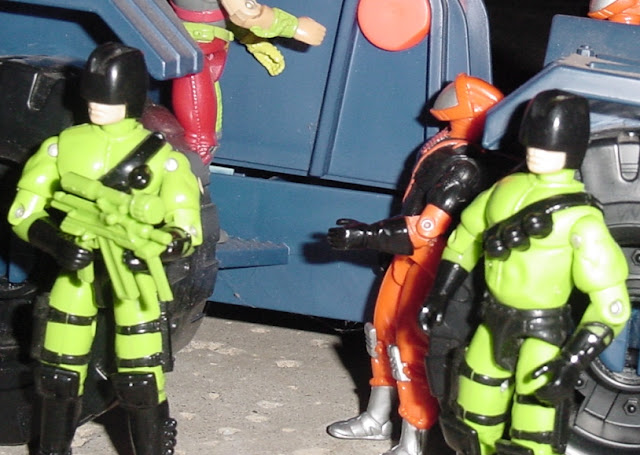 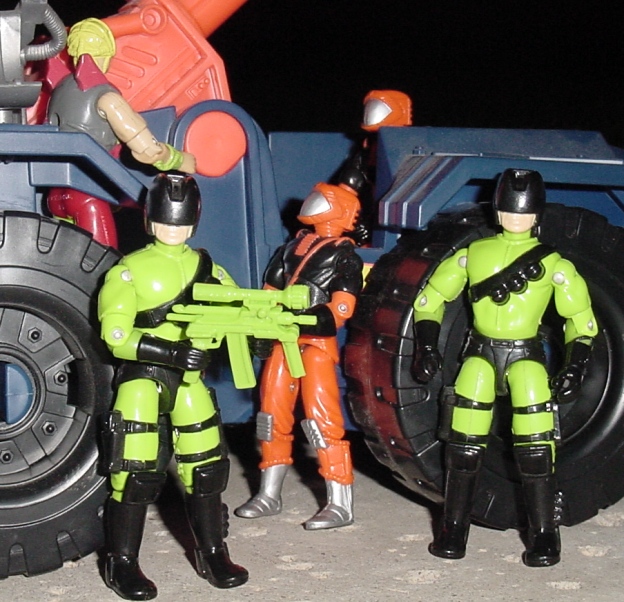