If there is one character who made the entire concept of G.I. Joe A Real American Hero work, it was Cobra Commander. Without him, Joe was just another simple military unit. While the characters had neat names and in depth bios, a good guy without an enemy can only sustain people's attention for so long. Cobra Commander's introduction in the very first issue of the comic immediately established the most important element to any storyline: conflict. He was the figurehead enemy who Joes could pursue, politicians could venerate and people could loathe.

For that reason, I've long considered having a usable Cobra Commander figure one of my top priorities in my collection. Over the years, the exact figure version has changed. However, the main character is still in place. While the '93 version is still my main figure when Cobra Commander is in a base or dealing with his underlings, it is this uniform that he dons when he goes into battle. This look is much different from most people's visions of the Commander, but makes sense to me as his classic look is so well known that its appearance in combat would be immediately recognized. This look allows the Commander to oversee his troops without drawing the focus of the opposition.

This version of Cobra Commander is nearly identical to the American version. The differences are very subtle: The Funskool figure's mask is more opaque. He is cast in a darker shade of blue. And, he lacks the Cobra sigil on his chestplate. Beyond that, though, this figure and the '91 Cobra Commander are nearly identical. As such, this figure is a perfect fit for anyone who wants a slightly different uniform for Cobra Commander but doesn't want to spend copious amounts of time tracking down the slightly tough to find 1991 Cobra Commander. While some may complain of Funskool quality, I've found this figure to be well done. Most of the figures taken from '91 molds that I have in my collection don't fact the quality issues that figures made from other year's molds have displayed. As such, I have no qualms recommending the Funskool version of this figure.

From my first return to Joe in the late '90's, I was fascinated by this figure. He was not a version of Cobra Commander that I knew. He was, though, a slightly more battle ready Cobra Commander figure. I've long associated the '86 Cobra Commander (Battle Armour) with being a Cobra Commander impostor. As such, I've never really used that figure as the same character for which I use my 1993 Cobra Commander figure. This mold, though, allows me to use that character, though in a more battlefield oriented setting. The battle helmet gives the aura of protection to the character and makes it more believable for this figure to be among the field troopers. However, it still maintains its air of regality that lets you know that this figure is someone important. Due to the mold's obscurity, though, this uniform for Cobra Commander is seldom seen. Most collectors aren't terribly interested in it and make it the second least popular Cobra Commander figure. As is my norm, though, I've found this mold to have some virtues. As the image of Cobra Commander in his more classic uniforms becomes more and more commonplace, figures like this one offer a breath of fresh air. They add that little something to dioramas or artwork that makes is stand out a little more from the ever growing stockpile of online Joe media.

One odd thing about Cobra Commander is that he wasn't really utilized in most international arenas. He was never released in Argentina and has only recently become a more vital player in India. This mold, though, was planned for release in Brazil before it was sent on to India but never actually saw production even though he appears on Brazilian cardbacks. (In fact, many of the '91 Joes that are currently in production in India were released in Brazil, too.) While international variations of other major characters have become highly sought after, internationally released Cobra Commanders remain rather low on the collecting "hot" meter. Perhaps it's due to the lack of significant variations on the figures, but it seems odd that so major a character wouldn't have the fan base that would actively seek out all of his incarnations.

Many of you probably found this site through the Feature Character Spotlight on YoJoe.com. Cobra Commander was a fitting choice for the first spotlight. Hopefully, response to this initiative will be great enough to warrant future spotlight characters. If you found this idea a useful addition to the online collecting world, please let me or any of the other participating webmasters know.

As this version of Cobra Commander is currently being produced by Funskool in India, he is readily available for affordable prices. This is nice as the American version of this figure is kind of tough to track down. (He also used to be rather pricey.) As with all Funskool figures, for the price, they can't be beat. Figures like Cobra Commander, who are close to their American roots, are an excellent way to grow a collection. This version of Cobra Commander may not be the most popular but is a nice representation of the character that you can use without fear of breaking an irreplaceable figure. For that reason, I like him and continue to use this figure as my battlefield Cobra Commander. with a little more exposure, maybe some other collectors will as well.

I'm well set for this figure and don't need anymore of him. What version of Cobra Commander is your favorite? Let me know. 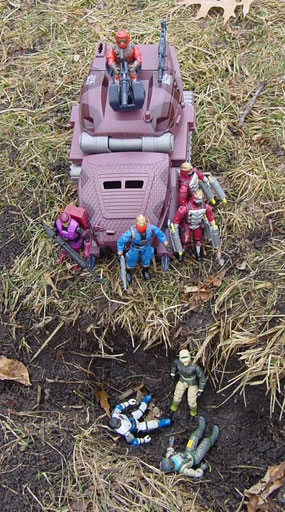 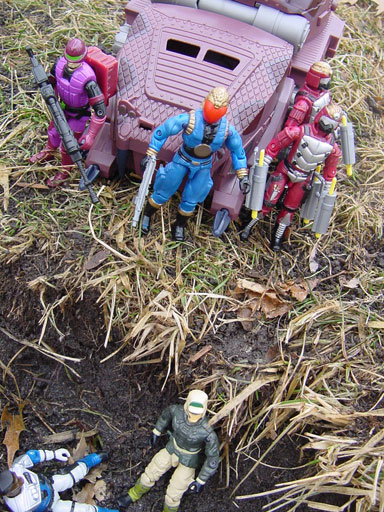 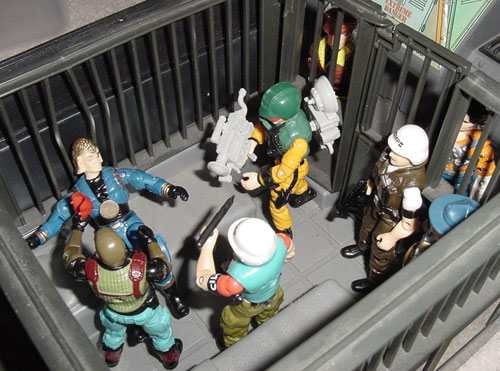