To many, the V1 Scarlett mold has now been overused. We've seen it many times and it no longer carries the impact that it once did. This was not always the case, though. While most collectors do not feel the original Scarlett figure is adequate to her character, they do associate it with Scarlett. There just aren't enough females in the line to make the differentiation. However, there is another variation on the Scarlett mold that is certainly not Scarlett. It is a unique character to the European Action Force continuity. I've found, though, that Quarrel makes for a great addition into my Joe world.

Most of you familiar with this site know of my stance on female figures. In the case of Quarrel, I still feel that the figure is not all that great. It is an interesting repaint of a classic mold and is done in a way that disassociates the mold with all the American versions. Beyond that, though, the mold still has limitations. What has make the Quarrel figure interesting to me, though, is the character I created for her. Like so many other Action Force exclusive figures, Quarrel is pretty much a blank slate who exists without much supporting characterization. As such, her character can be created in any direction one would please. This is where her strength lies.

Most of you know that I have my own Joe continuity. In it, Joe is lead by a new character represented by the General Flagg figure. (Cobra is still lead by Cobra Commander though other factions are lead by newer figures and personally created characters.) The Flagg character is a flinty old soldier who served in many operations that are too secret to imagine. In his days of international espionage, he routinely worked with a British female operative. She was known for her unconventional ways of achieving results, but was respected for her work. She was the envy of most of her male counterparts and felt that most of them were beneath her. She and the Flagg character got along, though, as they kept their relationship professional and never allowed any hint of personal feelings to interfere with their mutual work. Naturally, this British female is Quarrel.

Quarrel is not named Quarrel in my world. Well, at least that's not the main name she goes by. During the time she spent tracking down Red Laser and stopping him from forming the European arm of Cobra, she was known as Quarrel. When she worked as a spy inside the former Soviet Union, she went by a different name. When she tracked down eco-terrorists in Brazil in the mid-90's, she went by something else. Her character is a master of disguise and dialect. While her natural hair color is blonde, there are many men inside foreign counter-intelligence agencies who would only recognize her with a different hair color and style. In fact, many of them would be surprised to know that she was British as she can pass for native of most South American, European and former British colonial countries.

I've taken to referring to the Quarrel character as the "British Witch" or Britch for short. That is the name the Flagg character calls her by, though she will knock unconscious any other man who refers to her by that name. Her personality just will not allow her to be on level terms with anyone who hasn't earned her respect. I think she could best be described as equal parts Margaret Thatcher, Princess Diana and Koo Stark with a little bit of Ma Joad thrown in. She is willing to do whatever it takes to accomplish her mission and had the attributes to pull it off. Of course, this has caused many people to look down upon her, but this character's sense of duty overrides all else and she will do what has to be done for the greater good.

While Quarrel was only available at retail in Europe in the mid to late '80's, she was also available at a G.I. Joe Convention in the U.S. in the mid '90's. Here, she was called "Undercover Scarlett" rather than Quarrel. In 2003, there was going to be an exclusive Quarrel/Stalker 2 pack (Stalker being the European name for the Snake Eyes mold) that would have been packaged the same as the Toy Fare exclusive 2 pack of Snake Eyes and Scarlett. However, this product was nixed in the midst of the 2003 product shuffling and collectors were deprived, once again, of easy access to the Quarrel character.

As Action Force exclusive figures go, Quarrel is about the easiest one to find. She was included with a lower price point repaint of the RAM motorcycle and probably saw a much greater production run than many of the other exclusively repainted Action Force figures. Still, that does not mean she is easy to find. A couple of years ago, European exclusive figures were very easy to track down. At the same time, South American exclusive figures were very hard to find. Now, the opposite is true. Brazilian and Argentine figures are relatively easy to find while nicely conditioned European exclusives are seldom seen. I don't really know the reason for this. It could be cyclical or it could be that most old guard collectors have had the chance to pick up the Euro figs and no longer spend the time to bring additional samples to the U.S. Whatever the reason, it will take some time to track down a Quarrel figure.

When you find one, though, they aren't too expensive. Nicely conditioned ones sell for under $50 and can be had as low as $30 if you look around. To me, that's a bit much for this figure. To others, though, it could very well be quite a bargain. I'll just say that collectors value figures like this very differently. That's what makes collecting fun. Either way, I'm glad I have Quarrel in my collection. Her character has made her a neat little element to add to my Joe world. A little creativity can make even the blandest figure very interesting.

I'm set for original Quarrel figures. However, as the character has been resurrected at this point, I would definitely like to see her introduced into the new Joe canon via a new sculpt figure. How about you? 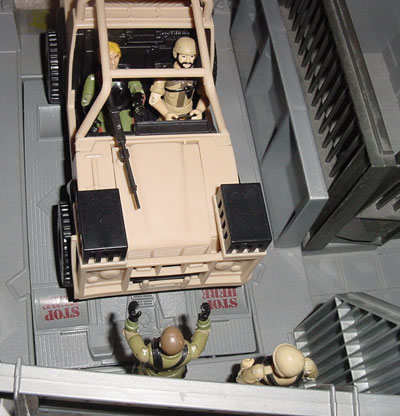 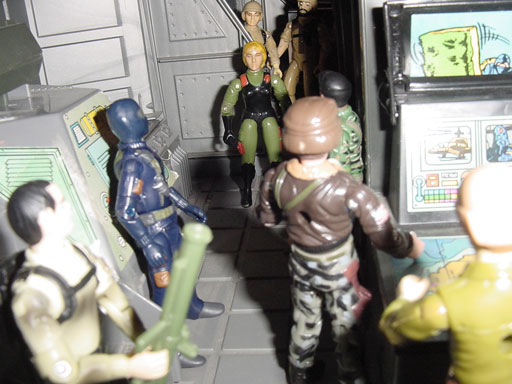 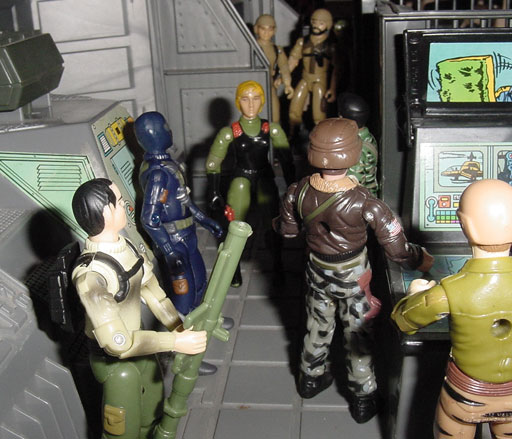 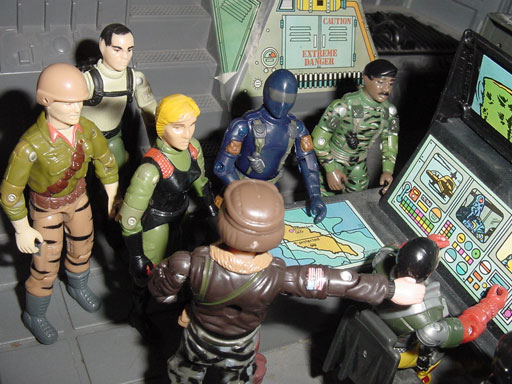