Zartan is one of the most important characters in the Joe universe. His original figure is considered by many to be one of the best toys ever offered in any line, much less Joe. For all the hoopla around that figure, you would have thought that the Zartan character would have been revisited at some point in the line's subsequent years. However, while Zartan's brother and sister were released, along with several later Dreadnoks, the actual Zartan character did not see an updated incarnation of his figure until the second to last year of the line. While many would have welcomed a nicely done updated Zartan, the figure that was released left many people flabbergasted. Zartan was released as a spring loaded, neon adorned, anachronistic punk rocker in the 1993 Ninja Force line. Needless to say, this figure has not earned a place of respect among collectors.

When I first saw this figure hanging as a leftover on retail shelves sometime in 1995, I simply passed him by. The colors were just too ridiculous and the look of the character offered no flexibility in his use. As such, I focused my attention on other figures from the more standard subsets that were still available. By the time I finally realized that I really ought to buy the figure before he was gone, he was. As such, I didn't acquire this figure until 2000. When I did, I realized that, perhaps, my initial impressions of the figure might have been a bit unkind. While this figure didn't look like the Zartan I knew and enjoyed, he was rather interesting. His mold, while not articulated with an O-ring, is actually very detailed and actually creates a very complete package. His head mold is also well done. The mohawk is a nice little feature that is much more detailed than the hair of earlier Dreadnoks and almost makes the figure work.

It is the look of the figure, though, that causes the most problems for people. After the incredible first Zartan figure that we saw nearly a decade before this version and Zartan's large role in the ongoing Joe comic, most collectors had built up an idea that Zartan was a major player in the Joe world and was worthy of a fitting redesign. (Along the lines of the '92 Destro and 93 Cobra Commander.) This figure, though, did not deliver. This was the impression I held, too: for a while. The more I thought about it, though, the more this look for Zartan made sense. Sure, the neon color is a bit unforgivable, but the orange hair works for the design of what this figure is intended to be. I see this figure as a younger Zartan, from his pre-Cobra days. While the comic gave us a glimpse of Zartan's origin, it left a lot unexplained. I use this figure to represent Zartan in the days when he first met the Dreadnoks, was still coming into his abilities and had yet to meet Cobra Commander or work under the mystic sword-smith. To me, that makes the figure work. He is a younger, angrier Zartan who had yet to learn the riches his talents could bring him. It is a different take on the character, but one that expands the character and allows me to utilize him in a different way.

This figure should have been a case study to Hasbro of how changes to basic Joe articulation does not work. The Ninja Force figures all feature spring loaded arms designed to simulate "martial arts action". A byproduct of this is that they are not articulated with an O-ring. This makes them impossible to repair and rather immobile. (It makes no sense how figures designed to be ninjas would actually be less flexible than other figures in the line.) These construction changes made all the Ninja Force figures pegwarmers who were available at retail for years after they were discontinued. Going forward, experiments like this should be remembered. The Joe line has never been about gimmicks. Instead, it has been about a conflict between good and evil that revolves around well developed characters. Sticking with that formula will give the new Joes the best chance at a long life. Deviating from it simple leads to disaster.

I've always felt that Zartan has the most unexplained origin of any character in the Joe world. While Cobra Commander, Stormshadow and Snake Eyes were done to death, only snippets of Zartan's beginnings were revealed. I think this is why the character has so few detractors in the modern collecting world. Other characters were revealed to a point where there was no mystery left. Those who did not like the full explanations were left with a bad taste for a previously favorite character. With Zartan, though, there was less chance to be disappointed. His origin with the Dreadnoks and a full explanation of his abilities was never proffered forth. As such, Zartan is still free to be characterized in any way a fan may desire. I think that is one of the secrets to Zartan's long term popularity. He was never "spoiled", if you will, by having too much about him known. This figure, to me, is a perfect way to explore those lost days of his in any different manner I may choose.

As far as this figure goes, he is pretty easy to find. If you've got about $10, you can get him MOC. Finding him loose, mint and complete can take a bit longer, but he is still cheap. Not too many people, even die-hard Zartan fans, are really after this figure. His non-standard construction, neon color, and out of character look just don't make him a figure that people want to add to their collection. This is nice, though, for those who can see some worth in this figure. It keeps him readily available for very affordable prices. I think that had this figure been released with more standard construction, many customizers and collectors would want this figure. The mold and the look have some untapped potential. Could Hasbro retrofit this mold like they did the '92 Stormshadow and give it an O-ring, I think it might have some potential as a (limited!) new release. At this point, though, I doubt that will ever happen. As fans have come to associate Zartan with is hooded look, I would imagine that any future classic construction Zartan figures will either be the original mold (should Hasbro re-acquire it from Funskool) or the '01 Zartan figure. That's kind of a shame as this mold could make a nice Zartan figure that would be a little different from his standard persona while still being true to the character. Still, if it never happens, at least there is one version of Zartan out there that you can use to represent the character in his days before Cobra or have him better intersperse with his Dreadnoks. On that level, the figure works. Beyond that, though, I don't see this figure ever being popular among collectors and fans. To me, he is not a major figure nor one that I would use outside a specific situation. He is, though, a decent mold and interesting idea that could, if done right, be worked into the Zartan character.

I could use a mint, complete with filecard version of this figure. If you have one available, let me know. 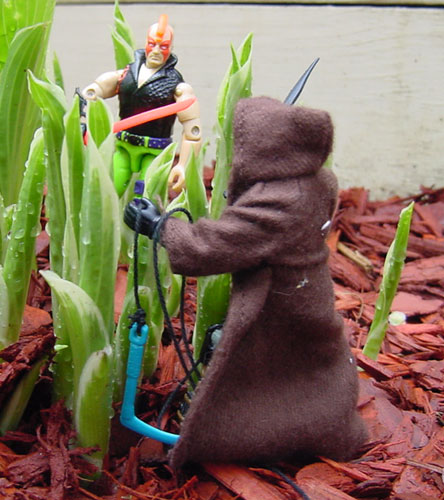 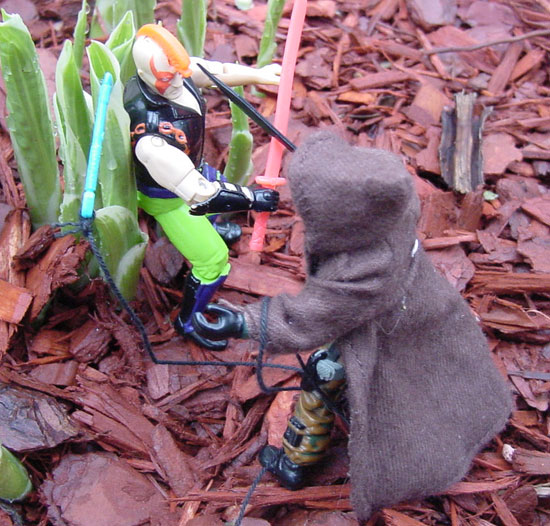 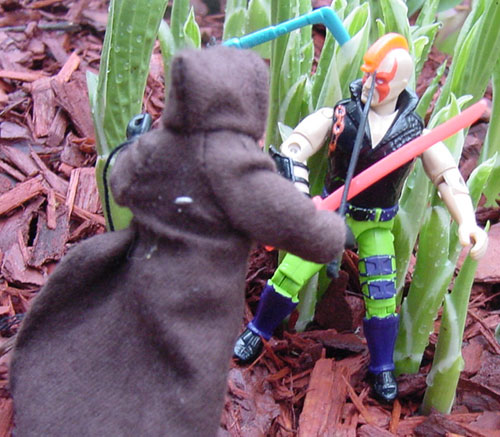 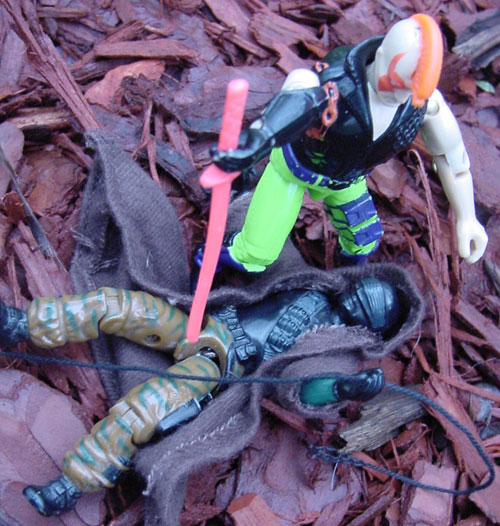