Destro is one of the most important characters ever created in the Joe line. He stands like a giant over the entire Joe story line and plays important roles in all areas of Joe media. He is one of the most popular characters among collectors and enjoys a status above all but a select few members of the Joe canon. It is his problematic nature that makes Destro so interesting. He was one of the few characters who was ever explored with any depth.

As I've said in some of my earlier Destro profiles, I have developed a problem with Destro's character. To me, it is inherently flawed and that has kept from using the character in the way he was originally envisioned. Among my vintage Joe figures, Destro is now more a consultant than a true combatant. He works in conjunction with my newer Cobra leaders as a mentor who guides them through some of the murky waters of Cobra's internal politics. He is no longer the powerful Cobra leader but someone who works behind the scenes. He is still respected by the more senior Cobra officials, but they do regard him with less than the sense of awe that he once inspired in them. This has, though, now freed me up to use this character in more subtle ways.

I have fond memories of this figure. Back in 1983, this version of Destro was among the most sought after new figures among my circle of friends. His unique look and interesting accessories made him the one figure that everyone wanted to have. I fondly remember using him as the pilot of the FANG copter one fall afternoon as I eagerly awaited the very first G.I. Joe cartoon to air. While I rarely use any of my early '80s, many of them do hold fond memories for me. Figures like this Destro were an integral part of my childhood. While these figures now often seem dated among a toy line that has spanned 2 decades, the memories I associate with them will never leave. I think that's the primary reason why I still collect Joe figures. I like the concept of collecting something, but acquiring things that bring back fond memories is why this hobby remains so important to me.

This Destro mold travelled the world over. After his release in the United States, the mold was used to create the Red Jackal figure that was part of the European Action Force line. (Destro was later released there, too.) From here, he went off to South America where Destro was released in both Argentina and Brazil. After that, the track runs cold as the Destro mold was not seen again. It could still be rotting in a South American warehouse or it could be sitting on a shelf at a Funskool factory in India. Wherever it is, it has not been used in a LONG time. Personally, I don't see any reason why Hasbro should make any effort to track this mold down. The 88 Destro is, in my opinion, a better mold and one who would be better suited to a re-release. I don't think Hasbro could improve upon this original Destro version and any attempt at a repaint would probably ruin the effect this original figure has on collectors. I see no point in repainting molds if the repaint is not an improvement. The '88 figure could be given greater details and a silver mask that would totally recharge that mold. The same can not be said for this original figure. He's significant enough in his own right to stand on his own as a figure release. If Hasbro is going to track down any missing Destro molds, my suggestion would be for this later version rather than his original incarnation.

Destros are not hard to find. He was released at the height of Joe's popularity and was among the most sought after figures of his day. As such, there are tons of them out there. His paint is, though, somewhat brittle so finding a mint specimen can be a challenge. There is also a date stamp variation on the Destro figure. Some collectors swear it is a tough figure to find, but my experience has been that few collectors care about something so trivial and that the rarity of the variant figure is greatly overstated. At any rate, this version of Destro is a staple in any Joe collection and remains a fan favorite. To this day, I pull this figure out every now and then to represent Destro. He is one of the few figures released before 1985 who still sees any significant use in my collection. That is a testament to the quality of this figure's design and why I feel he should be left alone.

This version of Destro is a classic. As such, I don't want to see a repaint or remake of him until we've seen one of the '88 version. Do you agree? 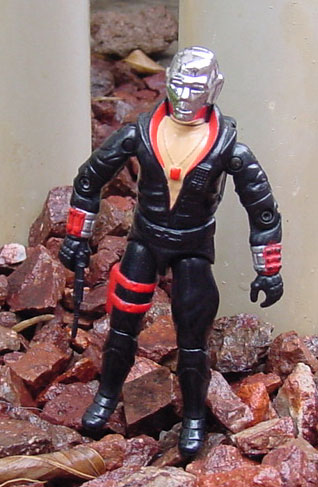 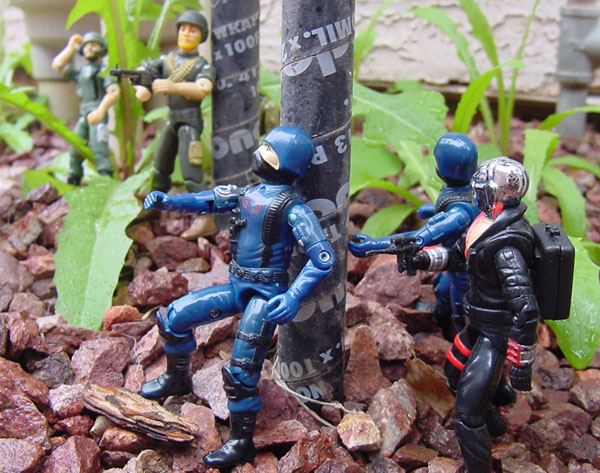 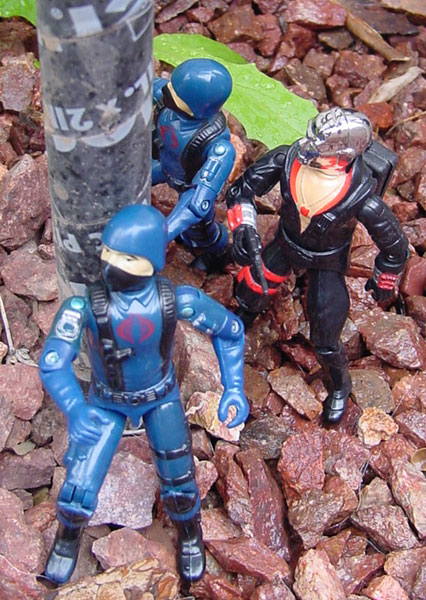 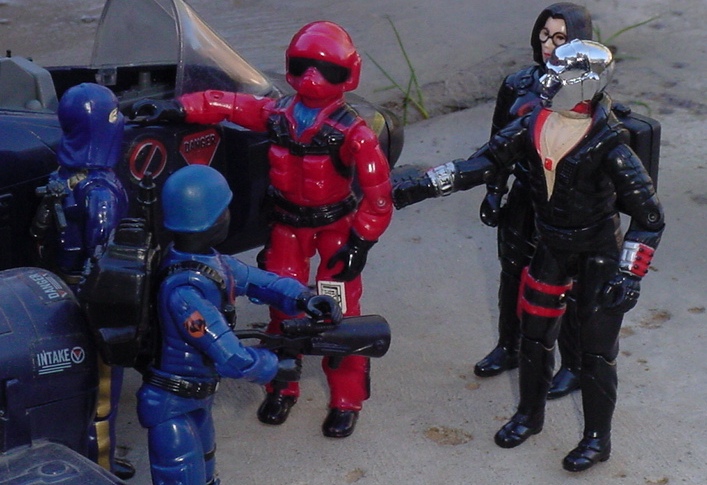 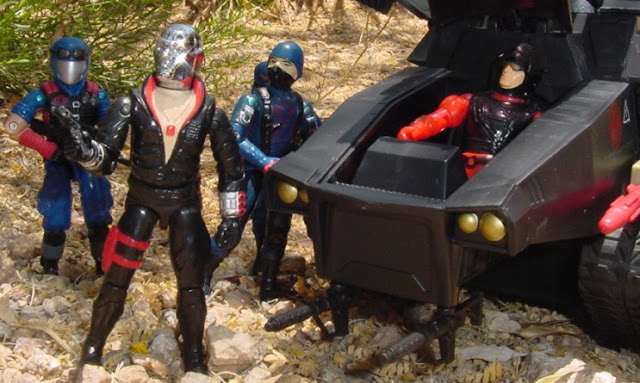 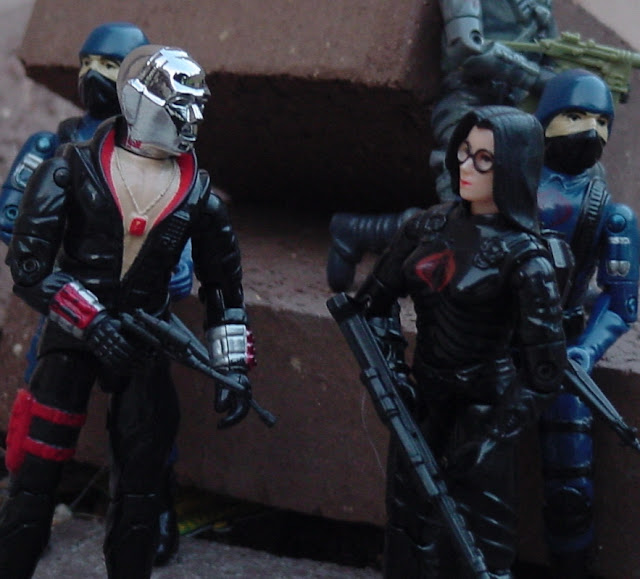 Posted by Robot_Sonic at 2:03 PM
Email ThisBlogThis!Share to TwitterShare to FacebookShare to Pinterest
Labels: 1983, Destro