I've long felt that the later years of the original Joe line held a few quiet gems. Many of them are poorly colored, yet of high quality molds. A very few are actually well done figures who can stand against counterparts from every year. The third subset is the figures who have good molds, and mediocre colors. They aren't so far gone as to be useless, but not done well enough to be considered a great figure. These figures have really fallen by the wayside as they are liked enough to get any press nor hated enough to get any criticism. The 1993 Leatherneck is one such figure.

For most collectors, this figure simply can't be Leatherneck. The 1986 Leatherneck figure is simply too iconic for them to ever consider another mold as the character. However, while this mold is substantially different from the classic '86 figure, it does share some characteristics with the original mold and could, with a little tweaking, be a perfect update to the first figure. This version's design is not bad and does have some similarities with the original. The poor coloring, though, pretty much ensures that this 1993 version will never hold a high place among collectors.

If you look at this figure's mold, it is actually quite detailed. The vest full of ammunition and grenades coupled with the distinctive hat and trademark mustache are a nice combination of details that show a great deal of thought went into this figure's design. It is the colors, though, that are the issue. From the waist up, Leatherneck is somewhat acceptable. The blue highlights can be explained away as it being 1993 and he had to have something that was an atrocious color. The brown vest with the yellow inlays is not overbearing and would work...were it not for the pants. The bright yellow pants on this figure are simply overpowering and make the entire figure simply too bright to effectively use. The yellow is simply too strong and drowns the rest of the figure in a bright, all-too-happy way. This alone sinks the figure.

I've always used this version of Leatherneck as the desert version. While his colors are bright, he can work better in a desert setting than pretty much any other. But, even here, his use is limited. The bright colors simply don't mesh well with other desert figures and he really sticks out among them. I have found some use for this Leatherneck in bases or on vehicles, but even that is limited. The one redeeming factor about this figure is his accessories. Leatherneck was one of the few 1993 figures to actually include black accessories. His tree also featured lesser seen weapons such as the '91 Low Light's rifle (which is actually slightly different that Low Light's. It is based on the same mold, but the two are substantially different when compared.) the 1991 Mercer's grenade launcher and 1990 Airwave's rifle. For many of these weapons, this was the only time they were released in black. In the days before Hasbro packed so many accessories with their sets, a figure like Leatherneck was a welcome addition to a collection as you could outfit two or three other figures who had included neon weapons with something a little more realistic.

This version of Leatherneck was only released by Hasbro. It is difficult to say for sure where his mold is, though. Many of his contemporaries were sent down to Brazil. However, as this figure was never released, there, it is simply not possible to pin down the mold's whereabouts. One point of note, though. In 2003, Master Collector released a Falcon figure in their convention exclusive set. This figure did not feature the original Falcon legs. The reason is that those legs are also used on this version of Leatherneck. (What a difference some proper coloring makes!) In the '90's, Hasbro reused many figure parts as a way to cut costs on their new molds. Those existing parts were matched up with the new parts, though, and removed from their original molds. That is why the original Falcon legs were missing from the Falcon mold. Had someone tracked down the '93 Leatherneck mold, the complete V1 Falcon could have been reunited.

The nice thing about this figure is that he's readily available. Most of the 1993 Battle Corps series figures were heavily clearanced and discounted. I found my Leatherneck at the Oxford, Ohio Big Lots for $2 in late 1995. He wasn't leftover, Hasbro was still dumping overstock to anyone who would buy it at that time. As such, many dealers and speculators were able to pick up large lots of Battle Corps figures for cheap and simply hold onto them. Now, it's almost as easy to find a Leatherneck MOC as it is to find a loose, complete version. All things considered, you should be able to find even a MOC 1993 Leatherneck for well under $10. At that price, he's a good pick up. The figure is decent, while not great. His accessories do help him (a rarity among the '93's) and he is a figure that can add some depth to any collection. I do use this figure as part of my default Desert units and have found him to be one of those figures in a collection who is nice for diversity, even if, by himself, he isn't that spectacular. 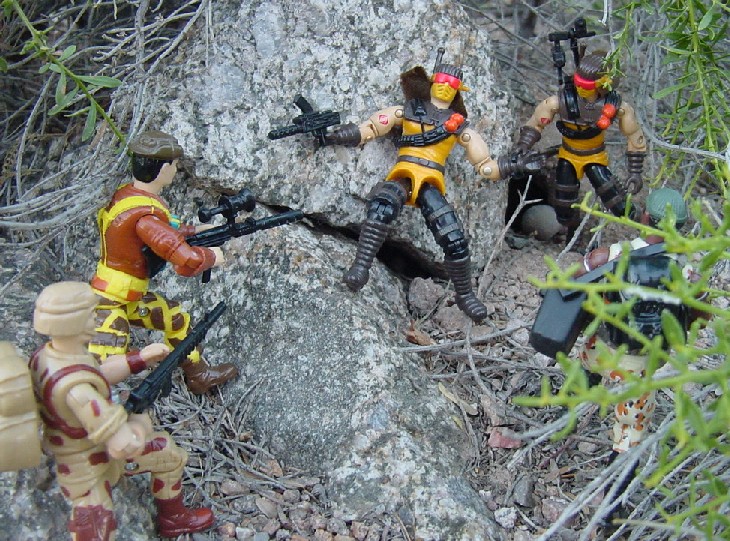 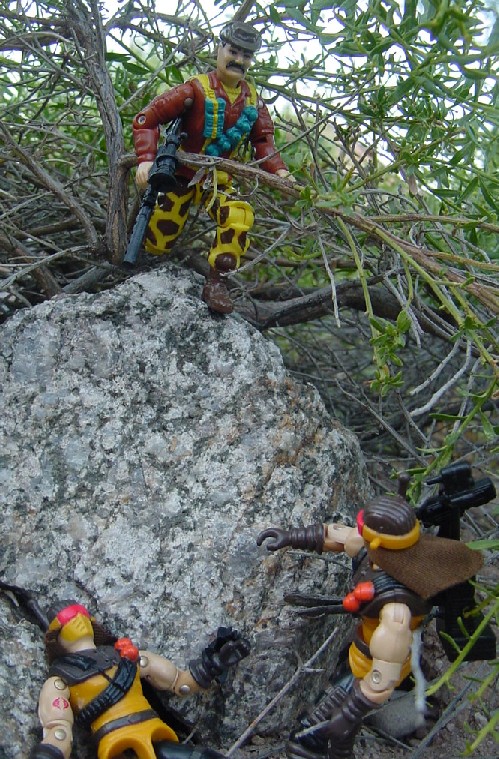 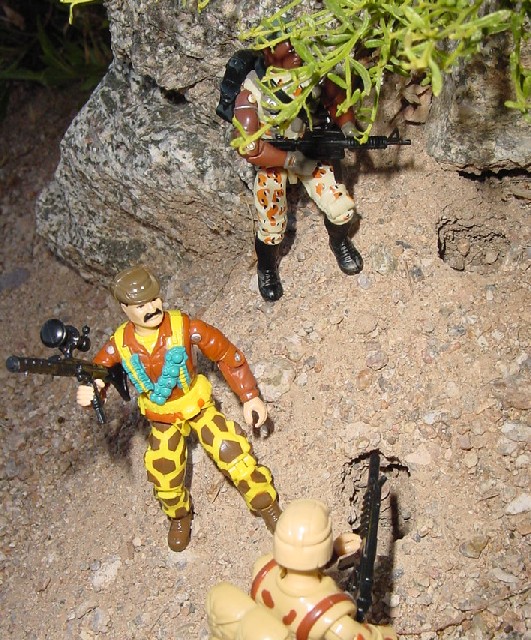