Much has been made of the demise of the promised convention Mauler tanks. At the time, they were a neat surprise that excited many collectors. Their cancellation prompted anger, disappointment and resentment. But, in their wake, the two figures who were included with the tanks have been largely ignored. Sure, there was the usual chatter around the time of the convention. But, these tank drivers were quickly overshadowed by the Grand Slam/Starduster set and its meteoric aftermarket price rise. However, collectors were quietly given a real gem. The convention Steeler is probably the best version of the character ever released and is a microcosm of the 2007 convention figures as a whole.

As a character, Steeler has been someone that I wanted to use, but never really could as his figures didn't really fit with the others in my collection. Of the original 13 Joes, Steeler and Clutch have the 2 molds that are easiest to integrate with figures from later years. But, neither of them really made the transition into my modern "use" collection. The comic pack Steeler was OK, but just OK. It was oddly proportioned and the colors really didn't do anything for me. This figure, though, solves all those problems. The mold is more natural looking and better fits with figures from all years. The colors are richly textured and the layers of brown, tan, black and green with silver highlights just makes for a figure that blends perfectly with a variety of collector favorites. The helmet lets you know that this is Steeler and the view finder is even in red: a subtle homage to the UK Action Force Steeler. The one downside is the figure's gloves. The hands are not quite flesh colored, but too close to it. As such, they look jaundiced rather than leathery. It's a small complaint, but something to note. The figure also includes 2 weapons: grey versions of Low-Light's uzi and a sub machine gun from the Sgt. Savage line. While the uzi is a throwback to the original figure, the version included is actually a larger version that was cast from the original mold. So, neither of Steeler's gun are all that great as they are a bit large for the figure. But, it's easy to get black uzis these days, so that problem is easily solved.

The 2007 convention figures offered collectors something that had been promised for many years but simply never delivered: great updates to classic characters where the new designs are on par or better than the original figures. This set was not a complete hit (none of them have been except for the Crimson Strike Set and it only had 4 figures....) but it was the most ambitious convention set to date and really upped the ante in terms of future expectations. Of the figures, Grand Slam, Starduster, Clutch and Steeler are the best versions ever released of these characters. Rock and Roll, Grunt, Rip It and Zap are perfect updates that used unique and different parts. While I still like some other versions of these characters better, these figures were all welcome additions and were more innovative than any of the figures we saw in the retail comic packs. Doc and Lt. Claymoore were great new additions and featured distinguishing combinations of parts and colors. In all, the entire set was a fulfillment of the promise that the comic packs failed to deliver: the classics redone in ways that were true to the character but different enough to be more relevant. It's a pity it took this long to see such realization of a concept that seems so simple.

I'll be honest, I really didn't care about the cancellation of the Maulers. Sure, the Mauler is a fan favorite mold that is fairly expensive on the second hand market. So, it's inclusion in the modern releases makes perfect sense. But, to me, the Mauler has never lived up to the hype. It's a neat looking toy, but was never much fun to play with. It only holds 4 figures and 2 of those are hidden in the cockpit and the other two barely fit onto the footholds on the turret. It takes up a lot of space and doesn't have nearly the play value of something much goofier like the Havoc. So, not seeing these new tanks produced didn't really matter to me since I would not have ever integrated them into my collection anyways. However, the manner in which the whole fiasco was handled was rather odd. It is well known that the Hasbro had the Mauler on its radar back in 1997. But, it couldn't happen then due to bad/missing molds. So, how could anyone think that a full decade later, that situation would have improved? Especially when you consider that some of the players involved in 1997 are still around and were involved in this. While fans got excited about the tanks, the resulting disappointment by their cancellation more than offset that. Had just the drivers been available at the con, no one would have really cared. Some might have asked why these two figures were chosen, but most wouldn't have much cared since the figures, in and of themselves, are nicely done. Then, had the tanks been able to come to fruition, they could have been a nice surprise for the collecting world near the end of 2007. If the tanks ended up cancelled, then fandom would be none the wiser and Master Collector would not have taken yet another HUGE public relations and credibility hit.

As a mold, this figure works well. It uses the body from the 1989 Dogfight figure and the head from the comic pack Steeler. (Only with blonde hair this time.) Neither of these molds have been used previously on any figure other than their original releases. As such, the figure appears fresh and is a great update to the Steeler character. The Dogfight jacket is reminiscent of the jacket that Heavy Metal wears and it adds a level of consistency to the classic Joe tank drivers. This Steeler also shows that it is still possible to create great figures from ARAH molds...figures that are the best representations of a character in 25 years. As such, it's hard to really accept the rhetoric that the original molds are "wearing out" or "there isn't much left" when you see figures like Steeler, Grand Slam, Clutch, Doc and Starduster from the 2007 convention season. It shows there is still a wealth of untapped potential in the hundreds of vintage molds and shows that just a little ingenuity can still create some iconic looks for our classic characters.

For whatever reason, the 2007 convention attendee exclusive figures have captured the attention of collectors like never before. The Grand Slam and Starduster exclusives are still selling for nearly $100 per figure. At first, this Steeler and the Rip It figure weren't all that popular. They didn't sell out at the convention, but at $80 for the figure and the tank, I could see how collectors would be a bit hesitant. However, after the tanks were cancelled, collectors got a bit nervous, especially as Master Collector hinted that stock was running low. As such, panic set in and the remaining Steelers and Rip Its sold out quickly. But, it seems that these figures aren't as popular as the jet pack troopers as Steelers are currently selling for around $25 each. (Rip Its, though, are at least double that!) That's about what they cost originally, so this figure isn't seeing the aftermarket interest that the JUMP figures have. With only 500 of these figures made, though, I don't see that remaining the case. Long term, these figures will dry up and become rather hard to find. As this is the best version of Steeler, I think there will continue to be demand for the figure for a long time so now really is the best time to add one to your collection. 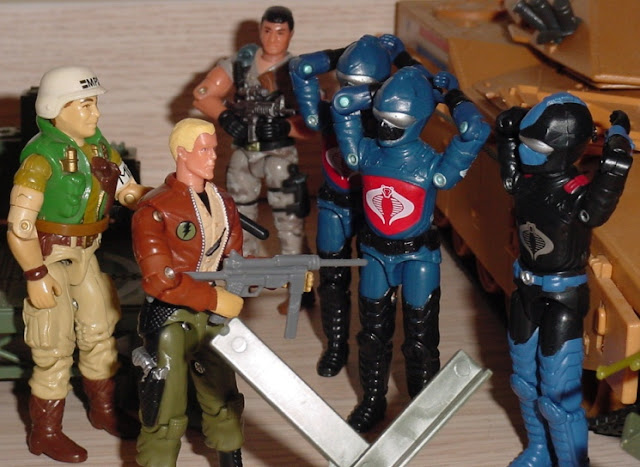 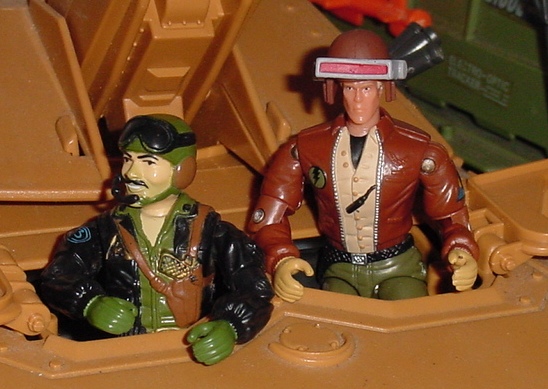 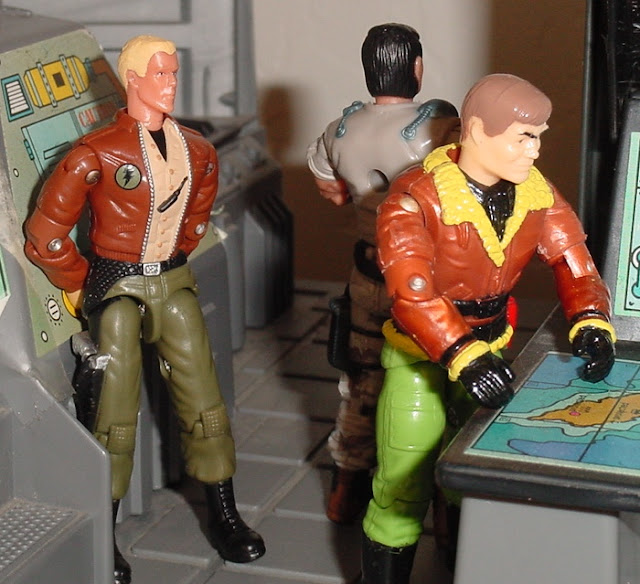 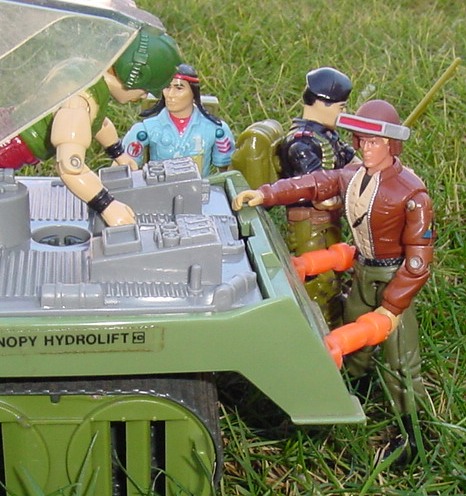 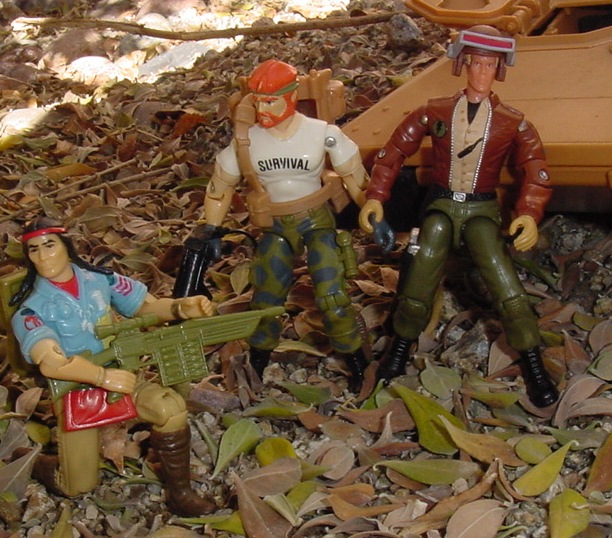 Posted by Robot_Sonic at 11:46 AM
Email ThisBlogThis!Share to TwitterShare to FacebookShare to Pinterest
Labels: 2007, Convention Exclusive, Steeler