There were many times during my childhood where I would review the cardback of a figure to see what else was coming out that year.  There were always some figures whose artwork made them look extremely cool.  But, once you saw the actual figure in the package, it was obvious that the mold and paint did not live up to the artwork.  One such figure is the 1988 Spearhead.  His card art makes him look menacing and cool.  He has a unique shape, stylish helmet and an amazing weapon.  The figure, though, is awkward, bulky and oddly colored.  The result is a figure that should be better than he actually is.

I've said may times before that I didn't really collect Joes in 1988.  My younger brothers, though, still did.  As such, we still had a good portion of the 1988 line in our home, it just did not belong to me.  Spearhead, though, was not one of those figures.  No one in my family ever owned him.  We did, though, have one of his guns.  Somehow, a Spearhead rifle appeared in our home at some point in 1988.  One of my brothers' friends likely left it behind.  I saw this weapon and was intrigued.  It was large, detailed and unlike anything else from my collecting experience.  It slowly made it's way through a few figures until it ultimately ended up in a bag of random weapons that survived into my adult collection.

As a collector, though, I had to find the figure with which this weapon was included.  When I found Spearhead, I remembered the artwork and thought he would be a great addition to my neophyte collection.  I acquired one in the late '90's and was immediately disappointed in the mold.  The figure's torso is too large, his neck is too long and the tan and orange coloring just doesn't work.

Through the past decade, I have taken thousands of pictures of Joe figures.  In most of the photos, there are random figures dispersed throughout the scene to bring depth, action, interest, etc.  Through time, I have managed to capture just about every figure in some form or another.  Usually, those who I have left out have either been because I didn't own the figure or because the figures were generally useless (Manimals and Armor Tech Star Brigade.)  However, in searching my photos, I never see Spearhead.  I occasionally see the Funskool version poking around in the background.  But, the original, American figure just never made his way into any scenes.

Spearhead's greatest claim to fame is his included bobcat: Max.  There were a few Joes who included animal companions.  Junkyard and Order made sense and dogs are a vital part of all law enforcement and military organizations.  Polly worked since a sailor and parrot made as much sense as anything else.  Timber worked because a mystic like Snake Eyes could surely tame a wild wolf.  But, what about Spearhead got him to bond with a bobcat?  A bobcat is really a rather random animal companion.  I guess it sounded cool that this guy had the feral cat as his combat companion.  But, it's probably the least plausible of any animals up to that time.  (Even Voltar's vulture was more credible.)

The Spearhead mold has actually gotten fairly good use: it's just not overly diverse.  The mold was used for this original figure in 1988 and then a Night Force version in 1989.  From there, the mold went to Brazil where Estrela released it as Baioneta.  This figure is nearly identical to the version 1 Spearhead.  After that, the mold appeared in India.  Funskool released a Spearhead figure that is based upon the Night Force version.  It is an excellent version of Spearhead and much cheaper alternative to the Night Force version from the US.  Funskool also used various parts of the molds for the Street Hawk figure that was released in India for a number of years.

Spearhead figures are not difficult to find.  Nor are they expensive.  Mint and complete with filecard figures range from $8 to $12.  For that price, there's no reason to let this figure remain unacquired.  But, thinking that you will get a ton of use for Spearhead is likely a stretch.  I have found him to be nothing more than a filler in my collection.  He is OK, but nothing special enough to warrant use. 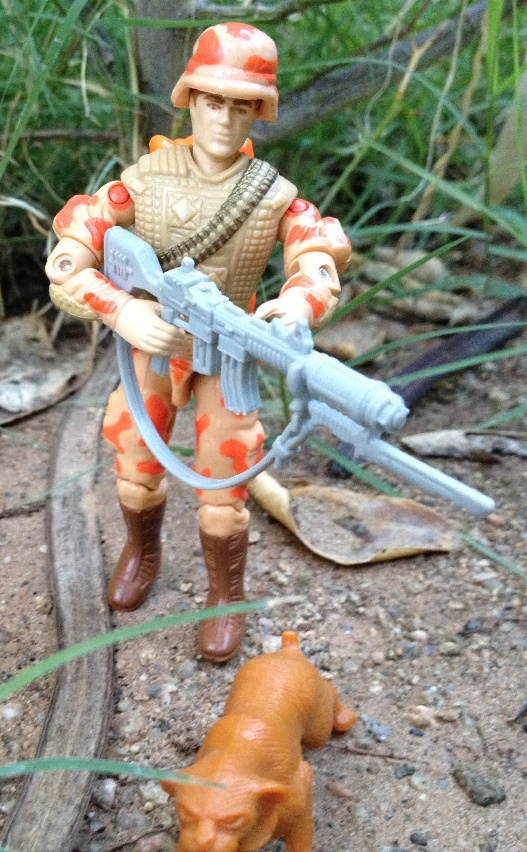 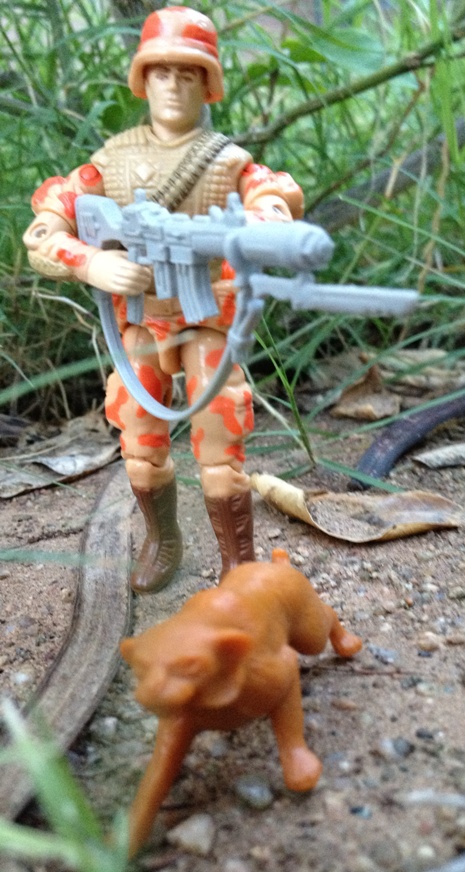 Posted by Robot_Sonic at 7:22 AM
Email ThisBlogThis!Share to TwitterShare to FacebookShare to Pinterest
Labels: 1988, Spearhead