It's hard to believe, but, in 1997, collectors hated this version of the Alley Viper.  Outright loathed it.  Many people resorted to selling them for nothing or even giving them away for free.  They despised the mold, the colors and the accessories.  It's amazing how time changes perspective on things.  Today, this is one of the most popular Alley Viper repaints.  The relative scarcity of the figure combined with the quality has put it among the collector favorite army builder figures.  The Cobra blue is unique to this version and leaves this Alley Viper as the best figure to integrate into classic Cobra ranks.

Alley Vipers are the urban backbone of the Cobra Army.  Their heavy armor, decent weapons and menacing helmets make for a frightening enemy.  The 1989 version, though, suffered from a gaudy orange and blue color combination.  The 1993 update grounded the character in a bright yellow base.  It was not until 1997 that the Alley Viper appeared in a color that was true to Cobra's roots.  The dark blue is easily integrated with more classic Cobra characters.  However, the figure is not without faults.  Notably, the white cammo splotches that dot the figure's uniform are not a perfect combo for the deep blue.  Aesthetically, the figure is pleasing.  But, it is still not perfect.

In my collection, the Alley Vipers remain the third most important Cobra army builder behind the original blue Troopers and the Crimson Guards.  Beyond those classics, Alley Vipers are the next most common specialty in my Cobra ranks.  It never made much sense to me for Cobra to have a standing army that was capable of holding ground against the military of even a small nation.  Instead, it would seem more prudent for Cobra to have small, highly mobile and extremely deadly strike forces that were capable of rapidly dispatching a small portion of any urban setting.  The objectives are smaller and more attainable and Cobra wouldn't need thousands of men waiting around for a mission.

This figure has quite fragile paint applications.  It uses gold paint for many of the highlights on the body mold.  Gold paint is notoriously easy to rub off on vintage figures.  But, the combo of the paint along with the softer plastic of the 1997's is a recipe for disaster.  Hasbro chose to use the most fragile paint on the protruding parts of the mold that are the most susceptible to disintegration.  Many Alley Vipers had paint wear right out of the box.  As such, finding a truly mint version of the figure can be extremely difficult.

This version of the Alley Viper was the first to use the parts combination of the 1993 Alley Viper chest, waist, arms and head and Duke's legs.  For whatever reason, this design didn't click with collectors.  Even into 2003, the use of Duke's legs were a constant complaint.  Personally, I don't have much issue with the construction of the figure.  The parts combination works well enough and the colors offset any mold deficiencies.  The figure includes a black face mask, a black version of the 1993 Alley Viper's shield and a black version of Dial Tone's gun.  It is likely that the Alley Viper's signature weapon mold was lost in Brazil.  So, Hasbro went with the Dial Tone weapon that had first appeared with the 1993 version.  It's not a great accessory with this figure.  But, since the original, more highly desired gun never made another appearance in a Hasbro release, the use of the Dial Tone weapon has become less distasteful in the past 15 years.

The Alley Viper was the included vehicle driver with the repainted Rage vehicle.  The Rage, in and of itself, is a great repaint of an obscure Cobra mold that most collectors at the time did not own.  But, this worked against it during its release period.  Collectors did not want cool repaints of toys from the later years.  They wanted items from '82-'85 and would settle for things released as late as 1987.  But, that was about as far as the collecting conscience went back then.  On top of the general collector dislike of the Rage and Alley Viper, they were rather pricey at retail.  Toys R Us sold these items for $17.99.  While that may not sound like much today, the reality is that in 1997, $20 at a toy show would get you a mint and complete vintage Stinger with Driver and leave you enough money to pick up a 1983 Cobra Soldier to ride shotgun.  So, when faced with buying up the retail item or vintage toys, you can see how most collectors would choose the latter.  The result was that the Rage didn't sell through all that quickly.  It lingered into 1998 in many places.  Eventually, the vehicles were sold through.  Though, many collectors reporting finding quantities of Rage's with the figure removed.

In the early 2000's, the army building craze really affected this version of the Alley Viper.  For a time, this figure was nearly impossible to acquire.  As such, prices rose ludicrously fast and, for a while, loose, mint and complete versions of this figure would sell for around $40 each.  Hasbro, though, kept pumping out repaint after repaint of the Alley Viper.  Eventually, these new versions took much of the steam from the 1997 version.  Today, many dealers still hold onto hope that this figure is worth a lot of money.  As such, you see many places offering the figure for $50 or more.  You'll notice, though, that these don't sell.  The reason is that demand for this figure has diminished drastically.  You can now purchase these Alley Vipers for $15-$17 each.  That is still a bit high, but much more in line with their quality and availability than the higher prices.  The figures are still not easy to find and it may take a month or two to track one down at the market price.  But, it can be done.  I've found this to be the best version of the Alley Viper that is available.  It's taken me more than a decade, but I've been able to get a nice squad of them together.  So, it can be done.  It just takes time.  But, in this case, it is very worth the investment. 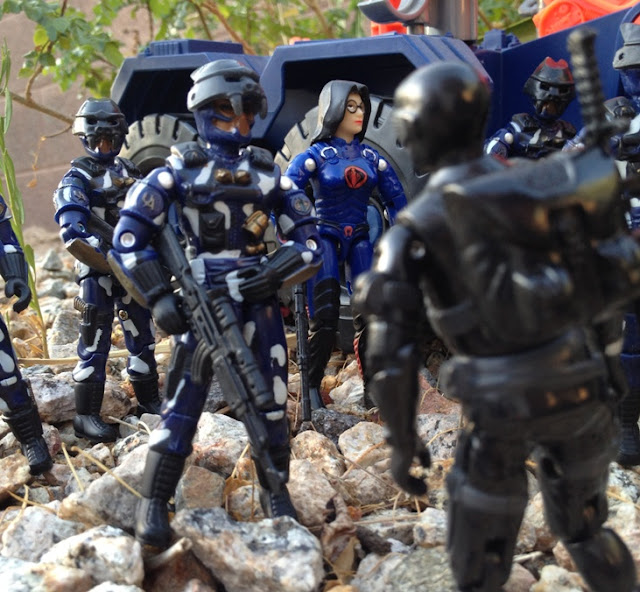 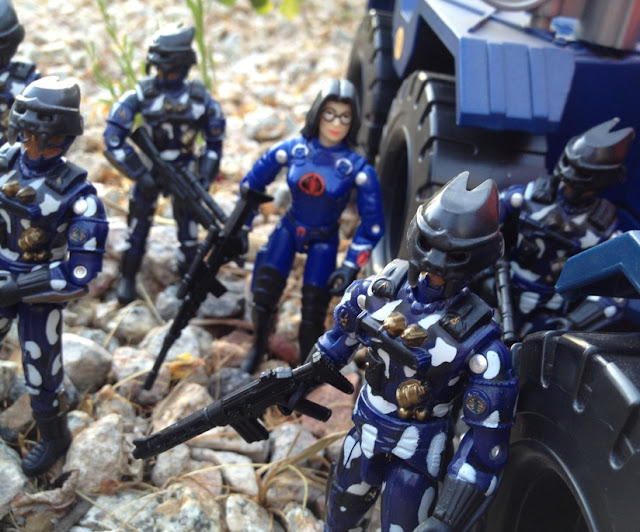 Posted by Robot_Sonic at 9:28 AM
Email ThisBlogThis!Share to TwitterShare to FacebookShare to Pinterest
Labels: 1997, Alley Viper, Retailer Exclusive, Vehicle Drivers