Windmill may have the distinction of being the last new G.I. Joe figure ever produced by Funskool. Declining sales in India have put the Funskool G.I. Joe line on a indefinite hiatus in India and it could be some time before we see any new figures: if ever. This has happened before. Every so often, Funskool stops producing new Joes and lets their stock sell down in India. After a while, interest is rekindled in the line and Funskool starts producing brand new figures again. In the meantime, though, there is little of interest for the casual Funskool collector. This isn't necessarily a bad thing, though, as the Funskool Joe line had become somewhat tired. Even the 4 or 5 new releases every year.

1988 and 1989 vehicle drivers were very popular Hasbro cast offs. The Secto Viper and Skidmark were both sold off to Olmec in the late 1990's. A large quantity of the '88 vehicle drivers then made their way to India where figures like Windmill were then re-released in new color schemes. (Wild Card was supposed to the final Funskool figure, but the line was cancelled before he was released.)

This figure is terrible. The bright red coat, blue pants and sloppy paint applications just create an awful visage. But, then again, Windmill didn't have much to live up to in comparison to his 1988 figure. The green and orange original is equally bad, but doesn't have the foreign cachet to offset the terribleness. But, as a pilot in an awkward vehicle, this Windmill works as well as the original version. He's also good for basic background filler and could work as a crewman on the USS Flagg. Beyond that, though, the figure is pretty limited. The colors are too garish and the mold too poor for the figure to ever have any great use.

Windmill's true camp value lies in his accessories. The figure includes a black version of the oversized .357 Magnum from the American figure. But, he also includes an accessory unique to India: a personal helicopter pack. This is not the high tech, you can believe it could exist with a small suspension of disbelief, helicopter pack from the Annihilator. No. This is a full on cheesy 1970's comic book propeller on a stick. Stuck with a yellow and purple combination, the pack is nothing short of hilarious. And, for the pack alone, the figure is worth having. Seeing the propeller in the position where it is would propel Windmill forward rather than up. But, that just adds to the figure's already comedic nature. It's hyperbolically bad. But, it's also what makes the figure good.

The demise of the Funskool Joe line was likely hastened along by collector desire to have some of the Funskool back in the US. In early 2003, Funskool returned 18 of their most popular figure molds to Hasbro and could no longer produce them. Hasbro and Master Collector both took advantage of these molds to produce figures like new Night Vipers, variations on the Muskrat mold, Tracker, Tunnel Rat, Flint and Beach Head. Despite the mold's appearances, though, the end result was a pretty poor crop of figures that brought these Indian figures back to American retail. A few of the figures were OK. But, the lack of accessories and general laziness that permeated the repaint era really leaves me with the feeling that the molds would have been better off in India where there was always the possibility of new variants, original accessories and new amalgamated figures using classic parts. Plus, Hasbro didn't use all of the molds. So, figures like Spearhead and Airtight never saw their molds return, despite being plucked from India with the others.

Funskool Windmill's are no longer the ubiquitous pegwarmers they were meant to be. In the decade since this figure's release, the collecting world has absorbed most of the figures imported to the U.S. As such, it can take a while to track one down. But, being both terrible and Funskool ensure that even carded versions rarely sell for much above $8 these days. For that price, the figure is fun. It's just such a terrible mold with worse colors that you really have to own one. This is a perfect example of Joe as a toy line and not a collector based toy property. As such, there is an innocence in the Funskool figures from the early 2000's that is not seen in the Hasbro based products. For that reason, figures like this have value to me beyond many of their American contemporaries just because the Funskool figures were so different from what we got stateside. It's just too bad the Funskool book has been closed for nearly a decade now. 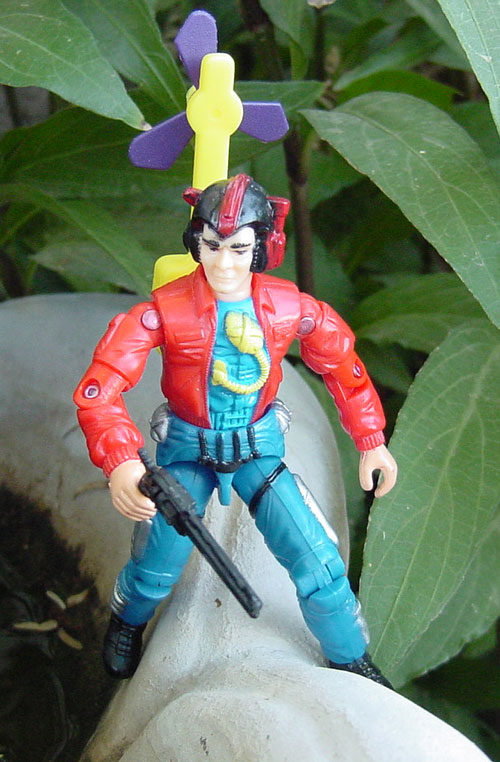 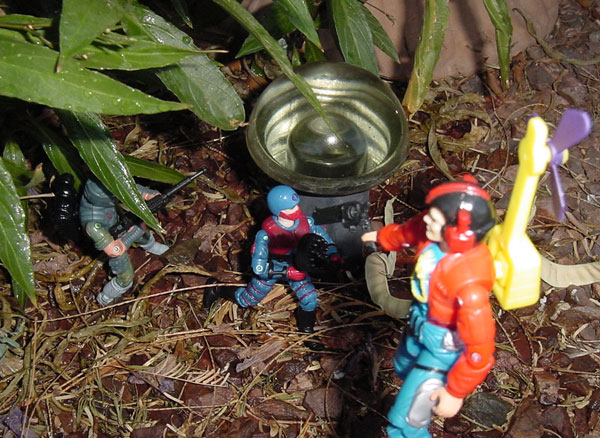