If you liked Snake Eyes, there weren't many options for him in the vintage line.  Sure, you had a lot of different figuers.  But, he, for the most part, was done in various shades of black.  And, the iconic 1985 figure never got a repaint.  In 2018, though, Black Major rectified this by releasing a multitude of 1985 Snake Eyes figures in a wide variety of colors.  He released additional repaints in 2019 and 2020.  Among the more desired 2019 releases is this version based on the Slaughter's Marauders color scheme.  Snake Eyes was notably absent from the vintage repaint series.  So, giving him a way to incorporate into some of the more popular Joe subsets was well received.  You can tell by the amount of content out there on this figure that people continue to enjoy him. 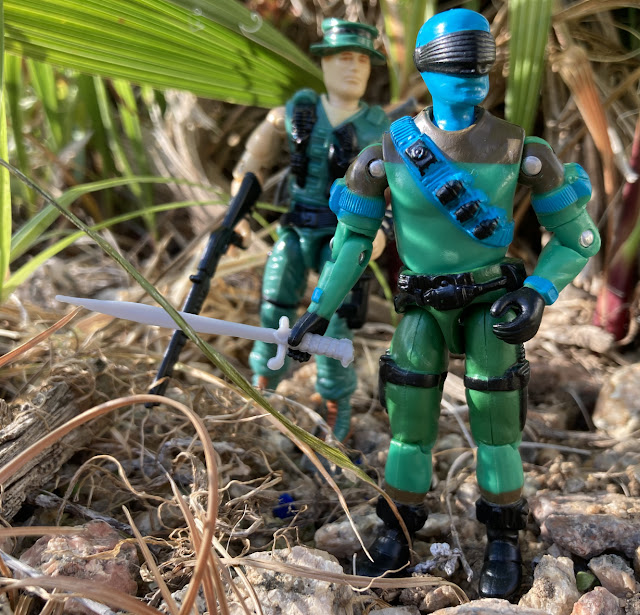 Posted by Robot_Sonic at 2:02 AM
Email ThisBlogThis!Share to TwitterShare to FacebookShare to Pinterest
Labels: 2019, Around the Web, Black Major, Factory Custom, Slaughter's Marauders, Snake Eyes