Factory custom figures fill a few different roles.  Their main point of existence started as cheap army builders in different color schemes.  In time, they morphed into a wider array of army builders in more obscure colors.  Their final evolution was into a series of "new" characters created from a library of parts.  As this occurred, many collectors morphed out of seeing factory customs as a way to just supplement a collection and began collecting factory customs in and of themselves.  In the past four years, hundreds of unique figures have been released.  Some are amazing.  Some are bizarre.  And, some are headscratchers.  The figures created by Red Laser tended to still follow this trend, even as they moved more into characters and collectibles that Hasbro never made.  One of the amazing entries, though, is Hollowpoint.

In looking at this figure, I was visually drawn to him.  The basic color palette is nearly identical to 2017's the General figure.  Again, there, I found the color compelling.  Then, it finally hit me.  Hollowpoint is, basically, the 1985 Flint figure.  The black shirt, green camo pants, bullets on the chest and even the black beret all hearken back to Flint.  Flint being my favorite figure, it's no wonder that I'm drawn to figures like Hollowpoint.  The complementary colors really help bring the design to life.  And, as they were not too often used in the vintage Joe line, the combo doesn't yet feel overdone.
Hollowpoint's true origin, though, is the unproduced 1997 Rock and Roll figure that appeared on the back of the Stars and Stripes Forever set.  The Stars and Stripes set was supposed to be drastically different than what was released.  And, a repainted 1983 Rock and Roll was supposed to be among them.  But, Hasbro couldn't find the mold in time and, instead a repainted 1986 Roadblock body with a 1986 General Hawk head amalgamation was released as Rock and Roll instead.  Hollowpoint nearly corrects that mistake.  The figure's paint job is heavily based on the unproduced 1997 Rock and Roll figure.  But, the Stalker head provides a bit of diversity.  Really, I'd have preferred a Rock and Roll head on the body.  It's not only truer to the 1997 release, but would have been truer to a Hollowpoint homage as well.  As a replacement for the 1997 Rock and Roll, this Hollowpoint is good enough.  And, had he come with a Rock and Roll head, I'd have no real reason to offer any differing characterization for the figure like I can with the race changing Stalker head.
Hollowpoint made his character debut in the Built To Rule series that was released in 2003.  This figure had LEGO like blocks on his arms to make him compatible with the vehicles.  He also had a Rock and Roll likeness for his head.  The character then returned as a club exclusive in their subscription series.  Again, the similarity in look to Rock and Roll was maintained.  This Red Laser Hollowpoint follows the standard look with blonde hair and goatee.  But, he's not as shaggy as the later Hollowpoints.  The figure ends up not really being Hollowpoint and not really being Rock and Roll, either.  But, that's OK.  The overall look is good enough that you can find a roll for the design.  And, if you happen to have an extra Rock and Roll head lying around, you can make yourself a perfect 1997 Rock and Roll figure.
Hollowpoint includes a remade M-60 and bi-pod that are based on the 1982 Rock and Roll machine gun.  This time around, it's colored in grey.  I tend to like alternately colored accessories just because you can find different fits for different characters.  Truth be told, though, I associate the Stalker head so closely with Stalker overall that I prefer to use a Red Laser M-32 with this figure instead of his included M-60.  It's an odd leftover from childhood where I find it difficult to use the original 13 Joes with any gear other than their own.  I've tried many photos of them with different weapons.  But, in the end, I always return to the classics.
Quality wise, Red Laser figures are pretty good.  The arm rivets are a bit larger than vintage Joes.  But, the figure hold a pose without issue.  Also gone is the plague of the 2017 sets and Hollowpoint can easily hold his weapon.  This is a major improvement that makes the 2018 set substantially better than the 2017 releases.  The paint masks are tight and well developed.  In short, this Hollowpoint looks and feels very much like a vintage Joe figure.  And, he seamlessly blends with vintage figures.  That's really all you can ask of a factory custom.

It's fairly hard to find any Red Laser Army figures for under $20 these days.  Every now and then, you'll find someone selling some leftovers for less than that.  But, the figures don't last long.  Today, you can get the figure between $20 and $30 depending upon whether you want him today or have some patience.  With Red Laser being done with Joe homages, figures like Hollowpoint are done, too.  It's unlikely we'll ever see an operation as devoted to delivering oddball and obscure characters like Red Laser was.  In a different world, he'd have been able to create three more sets since 2018.  As that didn't happen, we're left with a still solid legacy of great figures like Hollowpoint that collectors would never have otherwise seen. 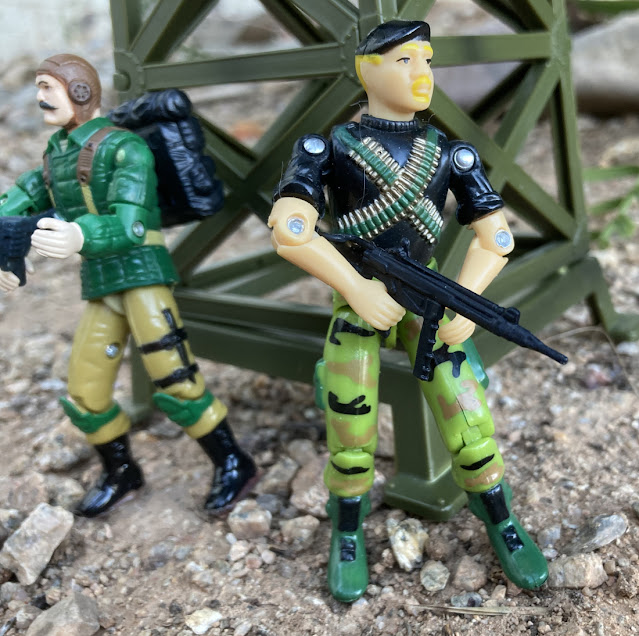 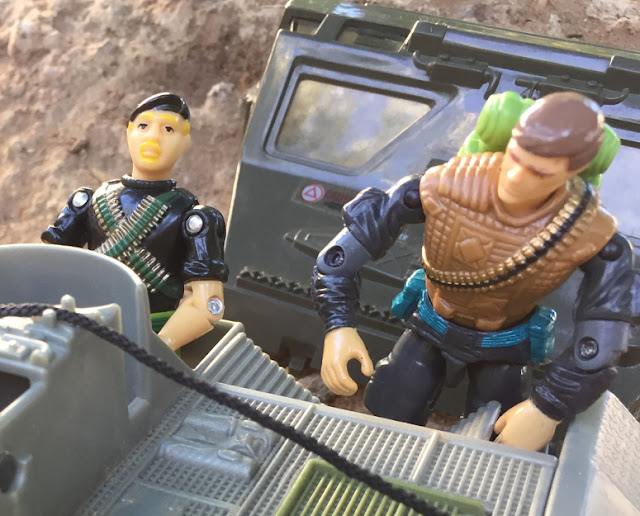 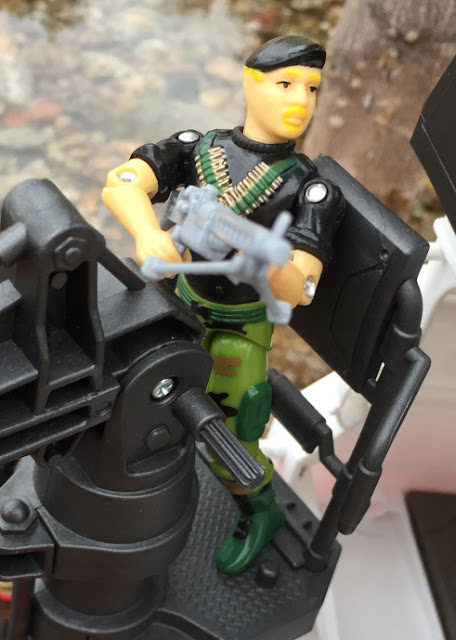 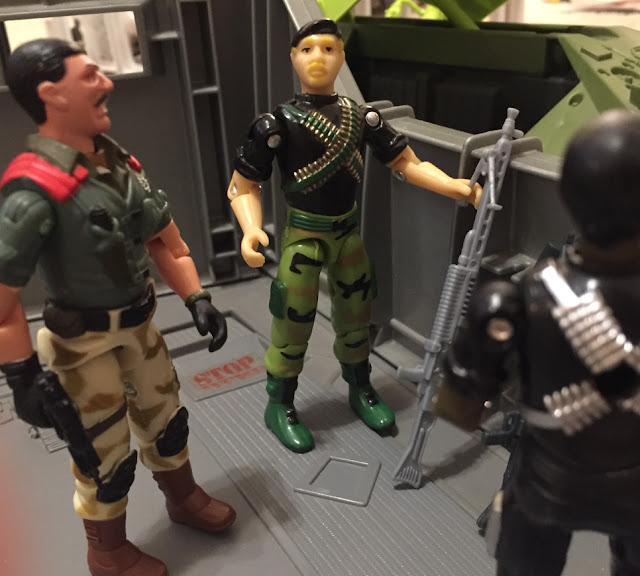 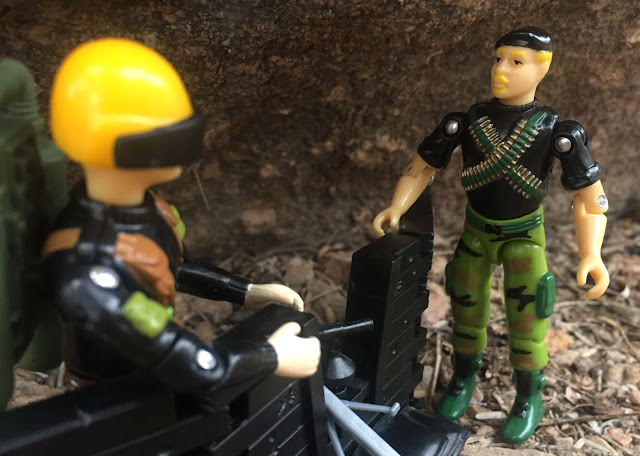 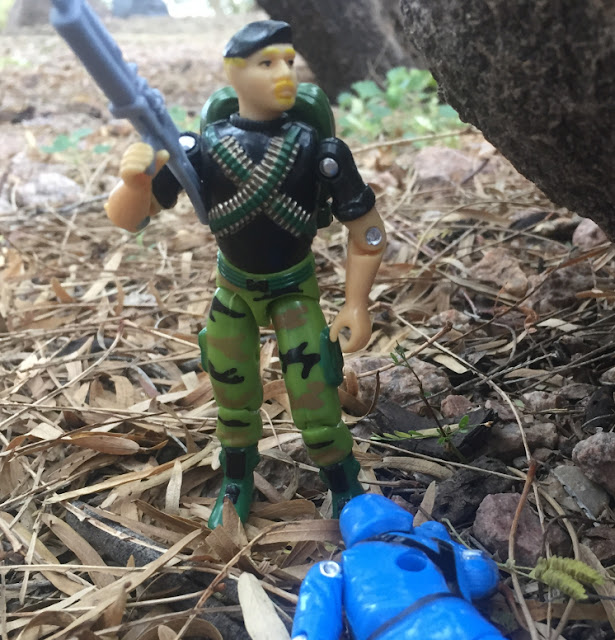 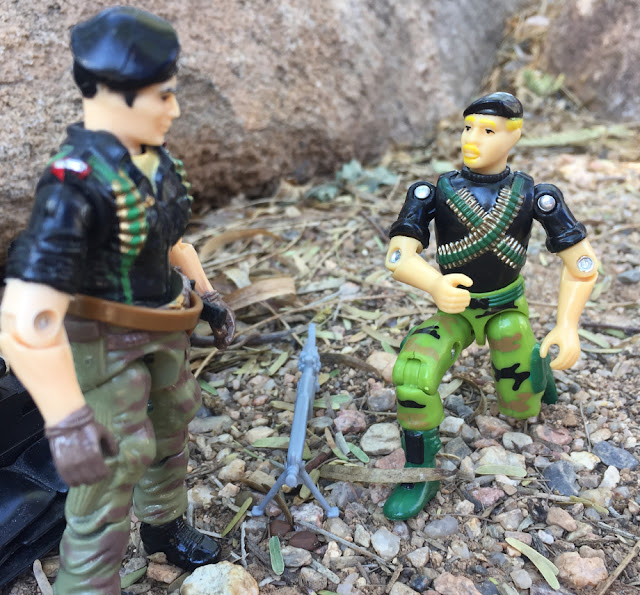 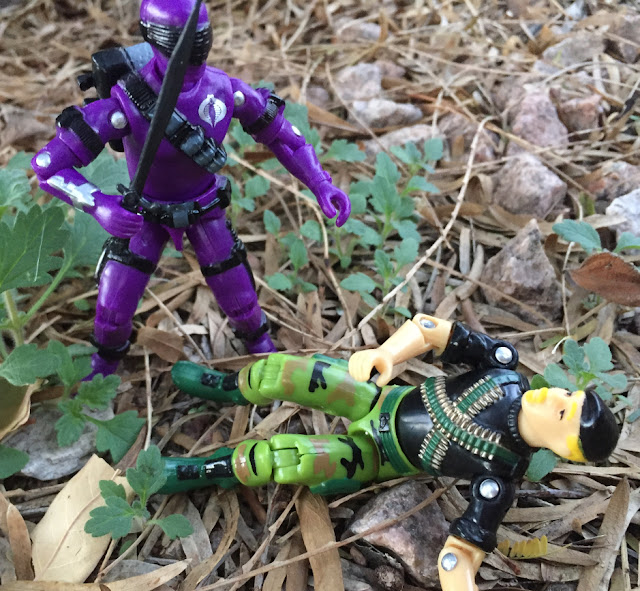