We all make choices.  Some are good.  Some are bad.  Some stay with you.  Others don't.  I had a choice in February of 1985 when I found brand new Joes at a local KB Toy Store.  I could buy a Flint.  Or, I could buy an Airtight.  Flint, I knew about from the cartoon.  Airtight, well, he was all new and looked awesome.  In the package, Flint's head was drooping.  I thought he was broken since I didn't know about the new head articulation.  So, I bought Airtight instead of Flint.  Now, Flint became my white whale after I realized that his head was meant to droop.  But, I never regretted my purchase of Airtight.  35 years later, I can remember him disembarking from my then new Whale to attack Cobras at the top of the stairs in my parents' house.  It's a great memory for a great figure.  Here's the best of him from around the web.

Airtight in Wonderland by djv 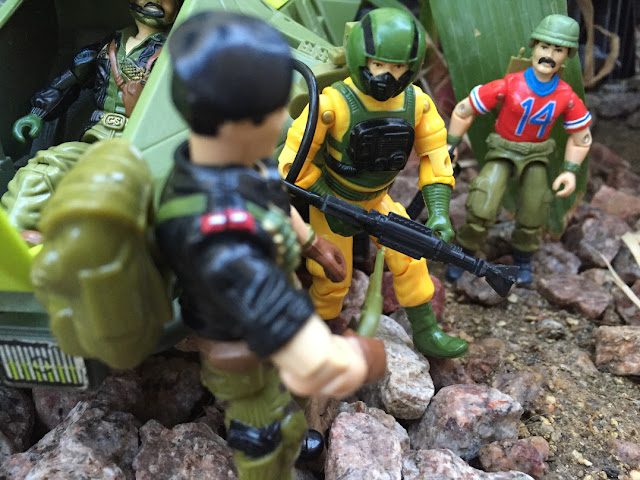 Posted by Robot_Sonic at 1:05 AM
Email ThisBlogThis!Share to TwitterShare to FacebookShare to Pinterest
Labels: 1985, Airtight, Around the Web