As the Joe line petered out, I scoured retail to find the last bastions of figures and vehicles that I could.  At some point, I acquired a 1993 Snow Storm figure.  I didn't pay him much mind...until I got a Blockbuster tank.  This arctic vehicle required two men in the cockpit.  So, I went to a Meijer store where I had seen a Snow Storm and bought another one.  Since I hadn't really cared about my original, I was pleasantly surprised to find the newly purchased one was a different version.  And, with that the 1994 Snow Storm entered my collection.  Since that day nearly 25 years ago, Snow Storm hasn't done much other than helm the Blockbuster.  But, the 1994 repaint is decently colored and works well enough.  Here's the best of him from around the web. 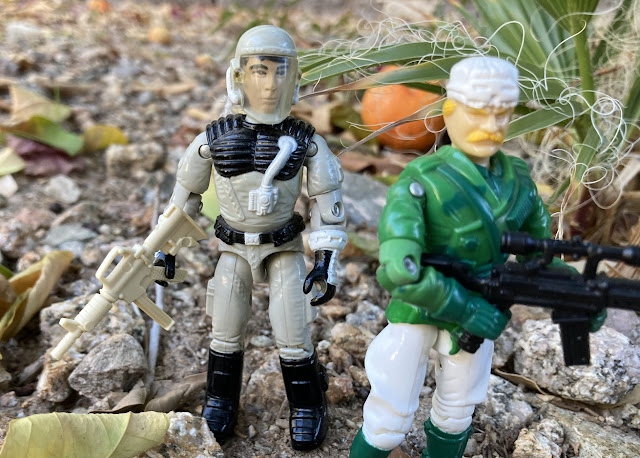 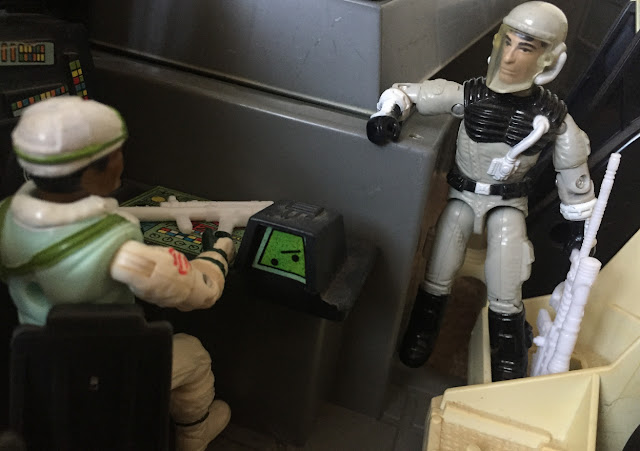 Posted by Robot_Sonic at 1:24 AM
Email ThisBlogThis!Share to TwitterShare to FacebookShare to Pinterest
Labels: 1994, Around the Web, Battle Corps, Snow Storm, Snowstorm