I dig this figure. If you haven't been able to guess, this is one of my all time favorite molds. Every single figure they did in it is awesome. I don't know what it is about the mold, but it really appeals to me, no matter the color scheme. The helmet is really cool and he comes with one of the best guns in the line. The jet pack is a little lame, but that is easily remedied with one of my extra JUMP packs. (It should be noted, though, that Hawk's accessories will fit perfectly on the JUMP launch pad. It is a cool little Easter Egg in the line and makes this figure more displayable.) The color scheme on this guy is good. You don't normally consider olive and gold to be very military colors, but they work perfectly on this figure. He actually could be used in combat situations.

This guy is perfect for any number of uses. While he is supposed to be a jetpack trooper, I use him as a diver, pilot, or astronaut. I usually find a way to include this figure in all sorts of different situations. I also have a couple of extras with no gear. Someday I'm going to use his head for some custom pilots. I think it would be a perfect head for just such a custom. That just shows the level of detail on this figure. I know you can't see the head in the scan, but I wanted to show him with his helmet on. I'm starting to realize, though, why all the Hasbro promotional material I saw back in 1993 only showed the mail in Hawk without his helmet. The figure looks good with or without it. (Of course, I decided to pass on that mail in because I wasn't sure if the figure came with a helmet or not. Had I been sure, I would have ordered one. Now I'm glad I didn't since I was able to get a couple of them for about half of what they would have cost me back seven years ago.)

Many collectors like this figure, but don't like the idea that this is Hawk. After the awesome '86 version that finally made him look like the leader and general he was, this mold didn't quite live up to the character. The fact that the mold was cool, though, has kept this figure popular. Many people list this guy as their second favorite version of Hawk. G.I. Joe never had a mainstream jetpack trooper. The Silver Pads Grand Slam and Starduster were never really introduced in either the comic or cartoon. It really doesn't make sense to have the commanding general flying around on an experimental jet pack. Alas, by 1991 though, realism was no longer a top priority of the Joe developmental team. They needed Hawk to be in the mix, but just didn't know how to properly fit him in. The result is a great figure whose character some people have a hard time accepting. If you don't stay within the predetermined confines, though, this figure is awesome to have multiples of and can be used for all sorts of things.

Hasbro really liked this mold. After they used it for Hawk in 1991 and 1993, the broke it out for the Star Brigade roadblock in both 1993 and 1994. From there, the mold was sent to India where, in 2001, Funskool released a new version of this Hawk mold. That figure is a very dark green with orange highlights. It is an interesting mix of colors for sure, but does some with some nicely colored accessories. At this point, it is likely that Hasbro has the mold back in their possession and could use it again for new figures. While I really like the mold, I don't see much of a need for its return at this point.

Hawk, like most of the '91's, is tough to find. I don't know the reason for it, but the 1991 figures just don't seem to exist in the same numbers as their surrounding years. As such, you can expect to pay a premium for figures like this. At least the Joe figures haven't started skyrocketing like the '91 Cobras have. Still, this guy is kind of tough to find loose and complete. The 1993 version, which I also like, isn't so hard and can be had MIB for about $5.00, but this original version doesn't appear all that often. Be prepared for a long search and higher price tag if you are after this figure. Like most '91's, though, he can be found in lots. If you have the wherewithal to buy up lots of 30-50 figures, you can sometimes get this guy cheap. (As a side bonus, you also usually get to pick up a couple of the expensive Cobras at the same time.) Still, this is a great figure that is very versatile. If you can find him, I highly recommend adding this guy to your collection.

Just for fun, here is link to the bagged 1993 Convention exclusive General Hawk. He is the same as the 1993 mail in, but came with a special sticker on the bag. Whoo-hoo. Still, it's a cool figure and since I talked so much about it, I thought I should at least offer a scan.

This guy is cool, but I have enough of him. If you like this figure and this mold, let me know. 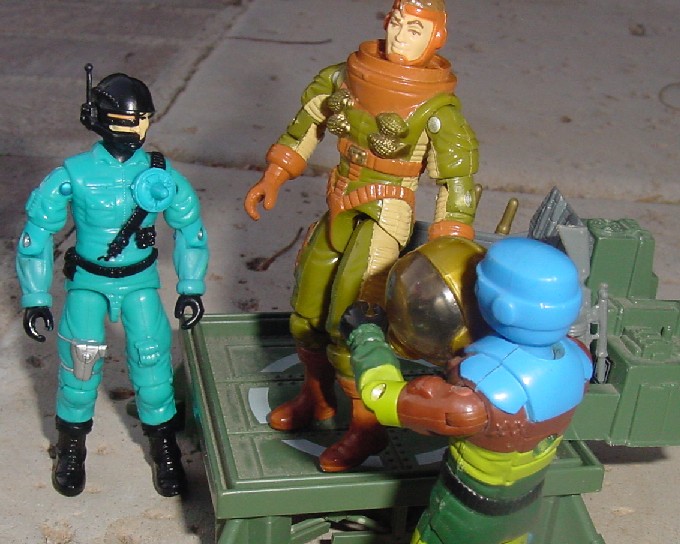 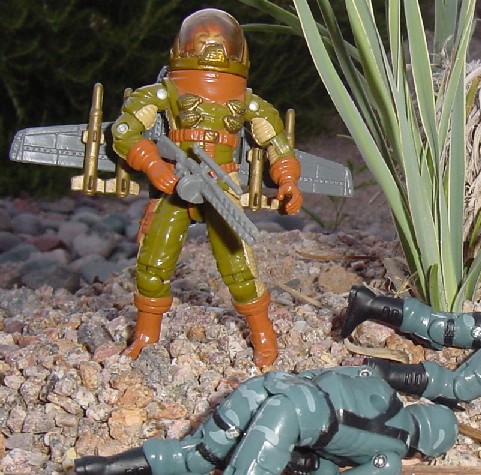 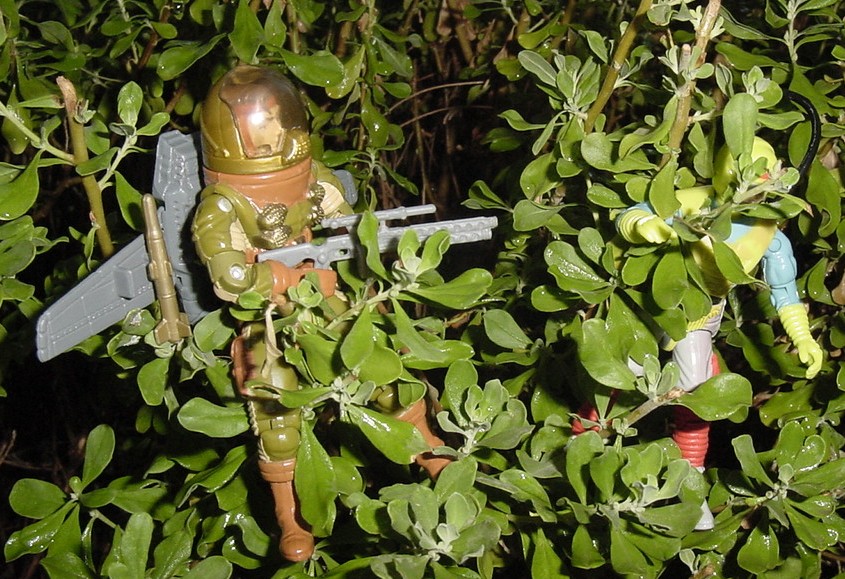 Posted by Robot_Sonic at 2:19 PM
Email ThisBlogThis!Share to TwitterShare to FacebookShare to Pinterest
Labels: 1991, General Hawk