Ahh, the early Nineties.  A time when bright colors were en vogue, music was starting to no longer suck and G.I. Joe was on its last legs as a toyline.  In many ways, I recall this time period fondly.  In others, though, I can't believe what people were thinking when they did certain things.  Looking back at the figures that were offered 20 years ago, (Yes, it's been that long!) the modern collector is left with a wide group of figures that are excellently done, but also a good number of figures that are very dated by their release time frame.  This Hawk is one such figure.  Done in military colors in 1991, the mold was well executed.  Done in neon green with bright yellow highlights just two years later, though, gives us a figure defined by the year in which he was released.

Many collectors have difficulty seeing this mold as the Hawk character.  Hawk is the Joe General and a distinguished field marshal.  Having him fly around in a modified space suit on a comic book inspired jet pack doesn't make a lot of sense.  But, were this figure named Grand Slam or Starduster, collectors would be much more kind to its legacy.  The reason is that the figure mold is, actually, rather solid.  The mold has the folds and quilting that are reminiscent of the original Grand Slam and tie this mold to some of the earliest designs for the brand.  But, the greatest value of this version of Hawk is the head.  Hawk keeps the countenance of his 1986 figure, but adds in headgear that brings a whole new dimension to the figure.  The headgear is well detailed and allows for two colors to be painted on the character's head.  For something intended to be covered by the helmet, this is a level of detail that was not necessary, but makes the figure that much more interesting.

This figure includes most of the accessories from the original release of the mold. The helmet, faceplate and gun are all here, just in different colors. Missing, though, is the small jetpack with the 4 missiles. This is replaced by a black version of the 1991 Major Bludd's Sonic Fighters backpack. It is a large, bulky pack that looks very out of place with the figure. Fortunately, the figure looks good with the pack from the Funskool Hawk as a way to better accessorize this version. The well sculpted gun is neon green, though. So, while the details on the accessories are solid, the colors match the figure and weaken the overall complement.

In my collection, this version of Hawk is just the General's Star Brigade uniform.  The neon green blends perfectly with the stark, bright colors of the 1994 Star Brigade series.  Those figures need a leader and having Hawk fill that role makes as much sense as the subset's existence in the first place.  But, standing at the forefront of the 1994 Star Brigade series, Hawk fits right in.  The stark colors and bright hues blend in well with Countdown, Effects, Roadblock, Ozone and the rest of the series. It's a small use for the mold. But, the bright colors and obscure uniform lend themselves to more niche uses.

This mold saw a fair share of uses.  After the debut in 1991, the entire body was revived in 1993 and reused as the Star Brigade Roadblock as well as for this figure.  The Roadblock was repainted in 1994 in bright orange and is a great companion piece to this Hawk.  Around 2001, the mold surfaced in India where Funskool released a dark green and red/orange General Hawk for many years.  Hasbro likely had access to the mold during the repaint era.  But, they chose to not revisit it.  But, collectors have three distinct Hawk colorings and two striking Roadblock entries to chase down and enjoy.

Collectors did not care about convention exclusives until 2002.  This leaves figures like this Hawk as relatively forgotten mementos of a more innocent era.  While the convention Hawks are very limited in number, collectors have forgotten them.  They didn't sell well at the convention and most of the overstock made it into the collecting community via after market dealers for under $10 per figure.  The mail away version of the figure shared the same fate.  Being an unpopular seller, massive quantities of overstock General Hawks were liquidated to the public when Hasbro Direct closed their distribution center in Ohio.  This pumped massive quantities of bagged figures into the collecting community.  So, large supply coupled with negligible demand has left collectors with a cheap figure in today's marketplace.  As an oddity, the figure is essential.  But, beyond that, the figure's use is limited.  For the $10 it takes to get one these days, though, the price is still right.  Star Brigade has found a new life as a collector favorite.  At some point, this Hawk could join those figures.  Until then, though, he's still a worthwhile addition to any collection. 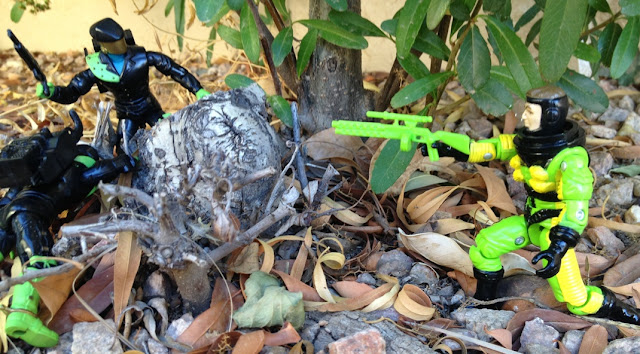 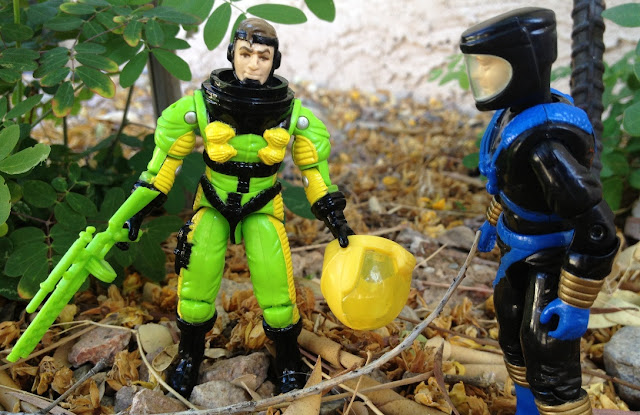 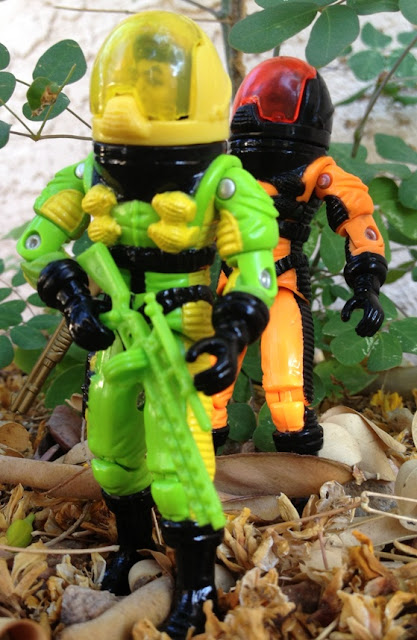 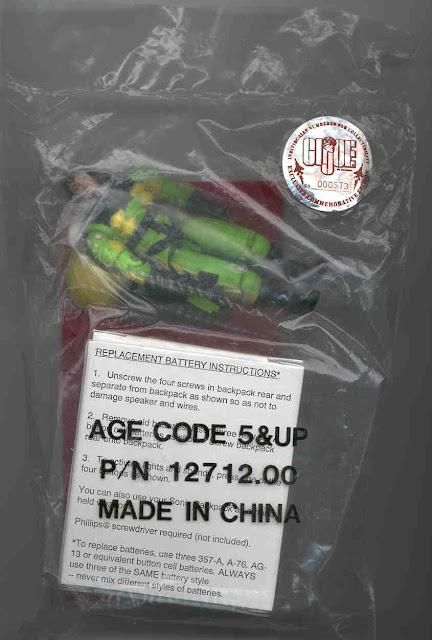 Posted by Robot_Sonic at 10:47 AM
Email ThisBlogThis!Share to TwitterShare to FacebookShare to Pinterest
Labels: 1993, Convention Exclusive, General Hawk, Mail Away