In 1995 and 1996, it was rare to find a G.I. Joe figure on the retail shelves. When you did, it was almost always the Battle Corps Joes that were still around. One of the few guys I managed to get lucky with, though, was the Crimson Guard Commander. I actually found two of these guys at retail in some drug store. Fortunately, I picked them up as this figure is actually pretty cool. He is certainly not the original Crimson Guard, nor the mighty Crimson Guard Immortal, but this figure is very worthy of wearing the Cobra logo. He has a decent color scheme, though some of the yellow is a bit much, good, black accessories, and a very nice mold. I do think the big Cobra symbol is kind of overkill. I mean, they didn't give the Flak Viper any Cobra markings but this guy gets a huge chest emblem?! It doesn't make much sense, but common sense was something that the 1992 through 1994 Joe lines were definitely lacking.

This guy's mold is good. I really like the head sculpt. It is much better than the Incinerators head they attempted a few years before. It just looks sleek and commanding. (This is the same reason I use the 91 Bat as a human. I think the head is too good for a robot.) I make this guy an intimidator on the battlefield. He just has that look about him. While the gun you see below is actually for this figure, it was originally brought out as a flamethrower with the previously mentioned Incinerators figure. Still, it looks very cool with this guy. I use it as a new machine gun that uses specially designed bullets that tears through even the toughest body armour. It makes this guy an all the more dangerous foe. This figure also does not suffer from the "Big shoulders syndrome" of many later figures. He is actually in line with all the previous years. I also like the dual pistols molded on his legs. It just makes him all the more dangerous. When you're forced to deal with things like the logo, though, you get creative. I used it as a block of body armour that helped protect these guys from all sorts of weapons. I helped keep them in line with my use of them as guards.

I use my CG Commanders as specialty troops who usually guard high ranking Cobras. They look cool with the pictured gun held across their body. I also use these guys as the commanders for my 1994 Viper armies. They look like good leaders. Plus, when I got these guys, I only had Vipers for them to lead since all my older figures were in storage. Since this guy was one of the few Cobras I had during the mid '90's, he holds a nice place in my collection. I have fond memories of finding him, and many other 1993 and 1994 figures at retail. It was the beginning of my rebirth in interest in G.I. Joe figures. (Of course, I wish I had started earlier and could have found many of the 1994 Star Brigade figures, but it's hard to look back with many regrets.) At least I started when I did. When I go back now, I count about 50 backer cards from figures I found at retail in 1995 and 1996. (Now, I find it hard to open carded figures. Since those days, I've only opened two figures that I haven't found at retail. What's very odd is that I paid less for some of the carded figures I've picked up in the last year than I did for these retail figures. I don't know the psychological block that keeps me from opening some of my figures, but I hope to overcome it.) Considering my financial state back then, I was impressed by the amount. (Though, it could have been all that frivolous spending that was the cause of my financial crisis back in college, but all that beer keeps some of those years pretty fuzzy.)

After the Crimson Guard Commander mold was released in the U.S., it made its way to Brazil. There, the mold was released as the Reptil Do Ar somewhere around 1995. This figure used the same paint masks as the American figure but used a much lighter base color. It is a very bright red that appears almost orange at times. (You can kind of see mine in the 1st photo behind the jail door.) That figure saw a short release window, though, and isn't a figure you see too often in the U.S. From there, the CG Commander mold seems to have disappeared. It is likely that the mold is still corroding away in a Brazilian warehouse. That is very unfortunate, though, as the Crimson Guard Commander mold is a perfect candidate for a repaint. The mold is high quality (even for a '93!) has become rather popular and does not have a non-bright version of it available anywhere in the world. As such, this would be a mold that Hasbro could get some mileage out of were they to reacquire it.

Crimson Guard Commanders aren't too tough to find. They can get a bit expensive, though, if they are loose and complete. Like most of the 1993 and 1994 figures, you can readily find these guys available on the card as well. Even those won't run you too much. Actually, you can probably get a mint on card CG Commander for about the same price as a mint, loose, complete with filecard specimen. These guys are starting to pop up. Many of the people who had the later year figures are starting to come of age where they discover Ebay. As they do, figures like this will become more and more common. I would recommend, though, building armies now as prices of Cobra figures tend to go steadily up over the years, especially as the other, more desirable Cobra figures from 1985, 1989, and 1991 continue to rise to insane prices. 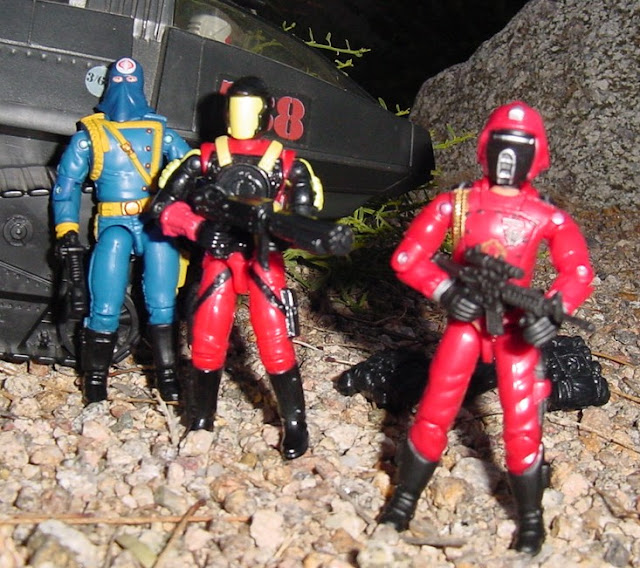 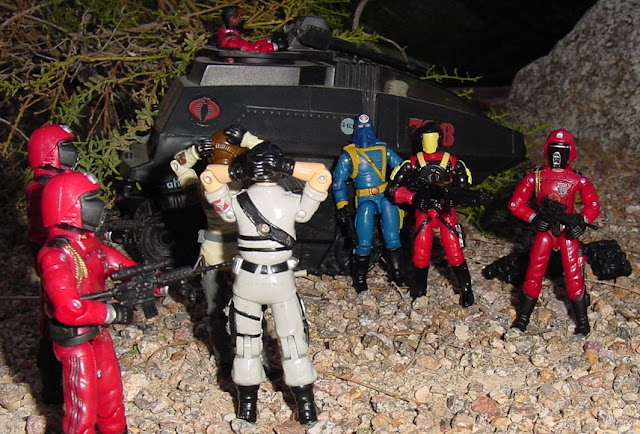 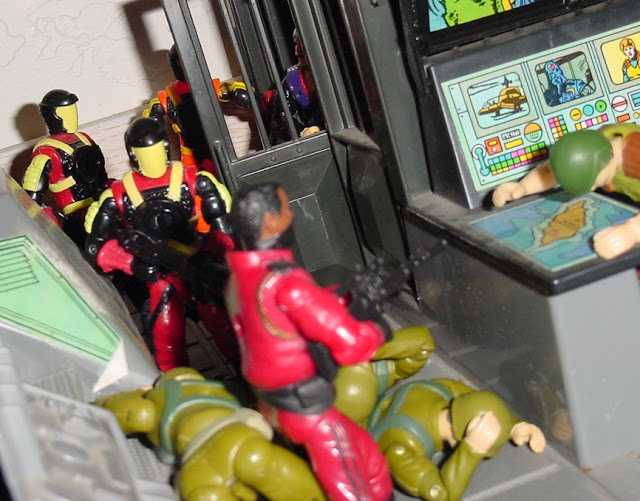 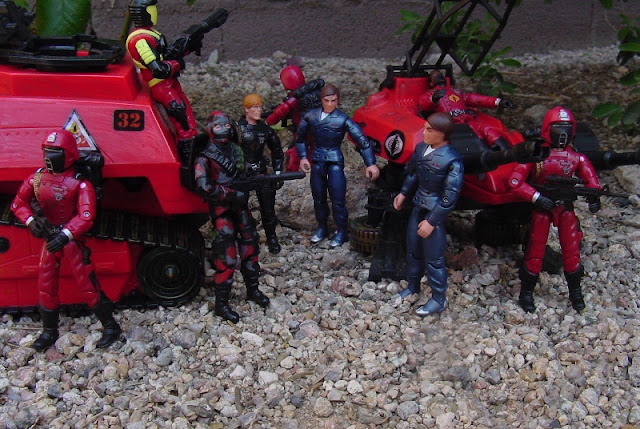 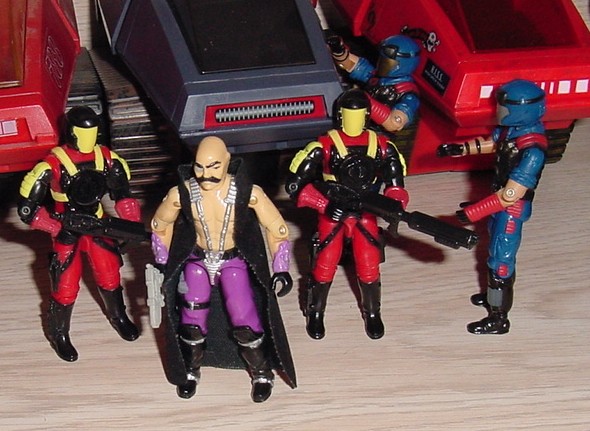