In 1991, Cobra got one of the three greatest crops of new troopers it would ever receive. The Desert Scorpion was one of those figures. He came with a good, if interesting, mold, cool weapons, a solid background, and a giant, mutant black scorpion. All of these things come together to make a figure that is cool to own, but hard to use. His cloth wrap coming out of his head is a very unique feature that had previously been used on Dusty. It had been 6 years, though, since that figure and it was time for them to use it again. The Desert Scorpion was the only desert fighter that was ever produced for Cobra. It only took them over half a decade after the first Joe desert trooper to even things out. Fortunately, the Desert Scorpion was a more than ample opponent for all the desert fatigues Joes.

This figure came with some interesting accessories. He has two hand diggers that attach to his hands. They make for cool looking weapons, but only work in hand to hand combat. I also don't know how applicable they would be to dig in the desert sand. He also comes with a small pistol, but it is pretty cool. His pack is a convoluted contraption, though, that allows you to attach his pistol and a missile. I've never quite figured this thing out, but it does look good when totally assembled. He also comes with a life size, to you and me, plastic scorpion. If this thing was meant as Joe scale, then Cobra is growing scorpions that are larger than Croc Master's alligators. It is a silly accessory, but only seems to add to the Desert Scorpion's appeal.
I live in the desert. As such, you would think this figure would have an appeal to me. Unfortunately, it does not. Desert fighters were never much fun for me to use. I grew up in the Midwest and spent most of my days playing in lush, green backyards. Therefore, I like jungle and forest figures. Still, I found uses for the original Dusty. Since he never had a Cobra counterpart, though, he never really went on actual desert missions.

Now that I have a couple of Desert Scorpions, I still never use any Joes on desert missions. I just don't see the appeal. I have much more fun in the water or in the jungle or forest. There's just so much more to do. The only thing I hope to do with this figure will only occur if I can find a real live scorpion in my backyard. (They don't tend to come to the highly urbanized areas like I live in, but an occasional scorpion will be found in the palm trees or saguaros.) If I ever find one, I've been living in Arizona for three years now and have yet to see one in the wild, I will take a picture of my Desert Scorpion figures next to it. That image will be about all I can ever hope to really get out of these figures.

Desert Scorpions are fun figures to own. They do look cool, but I just don't go for desert troops. I lament that many of the better Joe molds from the late years of the line were cast in desert fatigue colors. It makes these guys hard to integrate in with my other figures that are in normal cammo gear. The Desert Scorpions don't see much time in my collection. Every now and then, I pull them out to take a look at them, but that's about it. I just don't enjoy the desert combat the way I do other aspects. Perhaps, in my new house, I will use these guys more. Since I don't have desert landscaping, though, I don't see these guys getting any more time. Still, they are cool figures that not too many people have, or even know about. They don't get much press, even though they are tougher figures to find. I think that since they are relatively scarce, they don't get any publicity. They are out of mind for most Joe collectors. The other, more prominent, Cobras from all years tend to dominate collector attention and keep this guy from attaining more respectable status.

Desert Scorpions are tough to find. They came with many small accessories that were easily lost. As such, complete ones go for ridiculous prices. 1991 was also a year that seems to be a bit scarce. For whatever reason, figures from that year don't appear all that often. The Desert Scorpion is among the hardest figure to find from a normally scarce year. These guys and Crimson Guard Immortals don't come around all that often. Even missing a few accessories, these guys get expensive in a hurry. Your best bet to check out large lots. I got both of mine in lots for which I paid about $2.00 per figure. Building an army of these guys, even if you are of unlimited means, is very difficult. They are just not common. When they do appear, they get lots of attention. Since this was the only desert fighter ever issued in the Cobra line, he is popular with people who like setting up realistic dioramas. Needless to say, this only enhances this figures' desirability. If you get the opportunity to pick one of these guys up for a good price, don't hesitate. You will lament it for a good long time if you do.

On another interesting note, check out Funskool's version of this figure and see an interesting take on the desert color scheme.

These guys are tough, but I've got all I want. Who was your favorite Cobra from the 90's? Let me know. 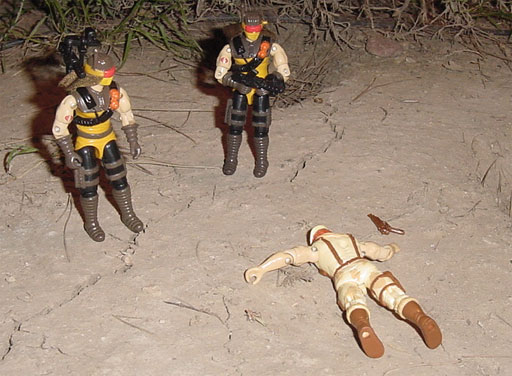 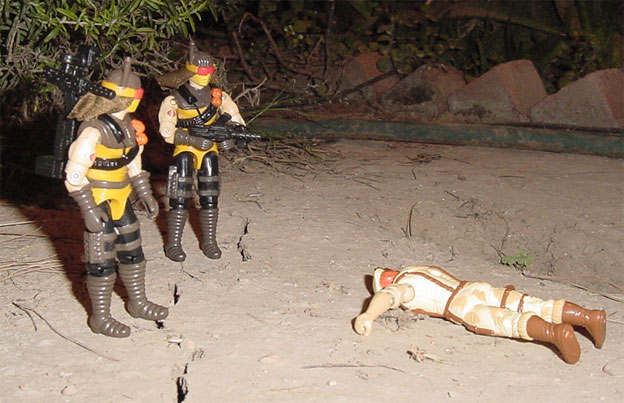 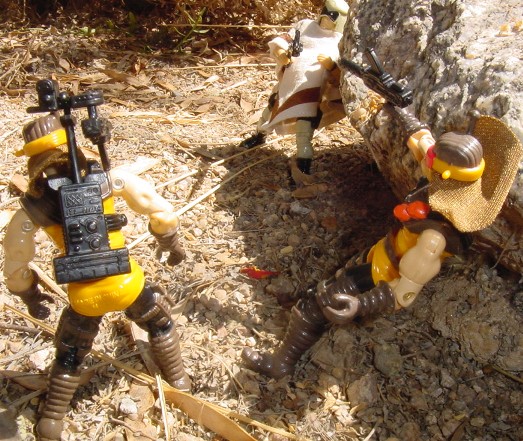 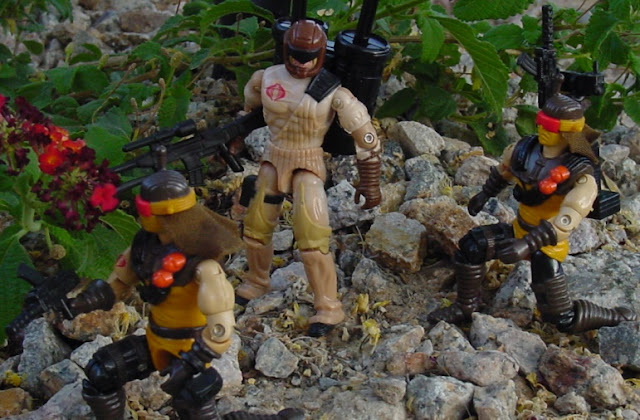 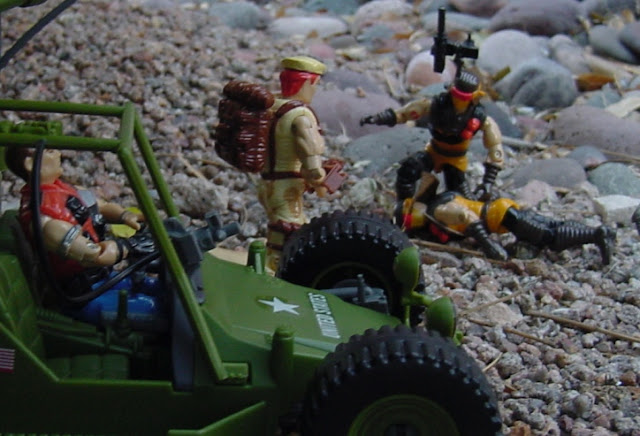 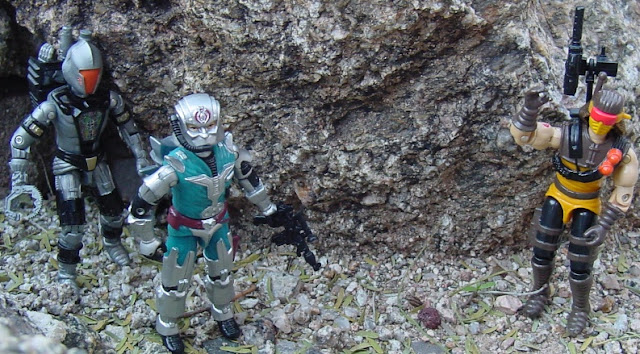 Posted by Robot_Sonic at 3:45 PM
Email ThisBlogThis!Share to TwitterShare to FacebookShare to Pinterest
Labels: 1991, Desert Scorpion