In 1987, Hasbro was using the professional wrestler Sgt. Slaughter as a spokesman for the G.I. Joe line. I won't go into how many collectors feel about his presence in G.I. Joe, but he did leave a lasting legacy. In 1987, Hasbro released a three pack of figures called Sgt. Slaughters Renegades. In later literature, after the relationship with the old Sarge had been broken, they were just referred to as the Renegades. At any rate, they were a group of outsiders who operated for G.I. Joe, but had no official status. They were supposed to do the dirty work. Alas, they were never utilized as such. They never appeared in the comic, though there were many situations where they could have been useful. Because of their lack of appearances, these guys kind of fell by the wayside. The three figures that made up the pack were supposed to be a "Circus strongman, an ex-football star, and an ex-Cobra Viper". It was this last figure that has endeared itself to collectors.

The Renegades were a pretty useless 3 pack. (Not as bad as Cobra-La, but don't get me started!) Red Dog tried to capitalize on the lack of fame held by a Samoan NFL player at the time. Taurus was the perfect Eastern European stereotype. Mercer, though, was actually a good figure. He had a nice mold, a unique gun, and a perfect background story. He was the only Cobra to ever successfully defect to the Joes. Why this story's potential was never explored is far beyond me. Still, it made for a great figure with lots of play potential. Mercer is an awesome mold. He just looks cool. Many people prefer his 1991 incarnation, but I am more partial to this one. The 1991 is a nice figure and does make for some great custom fodder, but, to me, this figure is now and will always be Mercer. I just can't overcome the differences in appearance between the two figures. I think the personality I made for this figure just wouldn't fit the 1991 version. As such, I am left with another figure with which I can do anything I want.

This version of Mercer looks like the type of guy Cobra would recruit; young, angry, lost, and mean. The later version appears as a much more mature figure. This guy seems like an impetuous hot head who would have joined Cobra for the promise of riches, plus the chance to shoot at people. I think part of the figure's evolution between the 4 years that separate his versions is that the young, fiery man who joined Cobra became disenfranchised with what Cobra espoused. He finally mustered up the courage to leave. After he did, he was still the hot head, but, over time, matured into the figure that was released in 1991. The drive that made him a great Viper, and allowed him to escape, would haunt him for a few years as he tried to fit into the more regimented G.I. Joe team. That explains why he was an off the books type of guy who later became part of the team.

Mercer has always been a large part of my collection. One look at the wear on this specimen you see pictured will testify to his extensive use. I used him as the ex-Viper, a malevolent bounty hunter, or a turncoat traitor. He was a figure that had all sorts of potential. Since he was never used in any capacity in any official Joe continuity, I could do whatever I wanted with him. One of the more elaborate plots I ever undertook had Mercer defecting to the Joes, killing a major Cobra big wig (Serpentor), and then turning on the Joes in the end. It was all a plot by Cobra Commander to assassinate one of his rivals by having the Joes, lead by a "defector", do the deed. Mercer can lead to all sorts of great plots. That is why he is a mainstay in many works of fan fiction. People just like to flesh him out. He is one of the deeper characters that was never explained in any element of Joedom. Because of this oversight, we are left with a cool figure that can be used any way we want.

Mercers, like the other 1987 3 pack figures, aren't all that easy to get. Of all of them, though, Mercer is far and away the most popular. Since his new version was released on a regular card in 1991, though, many collectors use that figure to represent the Mercer character. That keeps this figure from getting too expensive. He will, though, cost you a bit more than other '87's that were available on their own, individual cards. He can also be tough to find complete. The Renegades three pack did not separate the weapons meant for each figure. From the card art, you could figure out the correct gun to apply to each figure, but the packs are a different story. I always used the pack you see in the photo. Other guides have different packs as being the ones associated with Mercer. At any rate, he should come with a pack. Which one you feel he should have will be left as an exercise to the reader. This guy is a nice figure that should be a part of anyone's collection, regardless of your feelings about his association with Sgt. Slaughter. Once you have him, you will learn all sorts of great uses for this guy.

Lots of people use Mercer in their fan fictions. I use the figure, but not the character. What's your opinion? Email me. 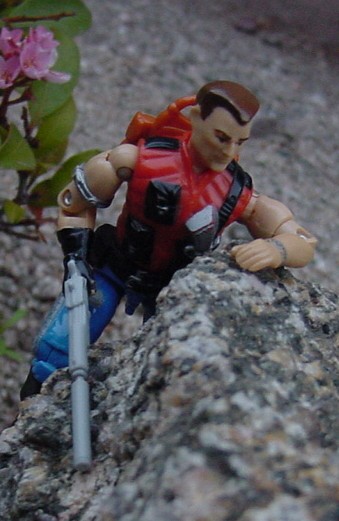 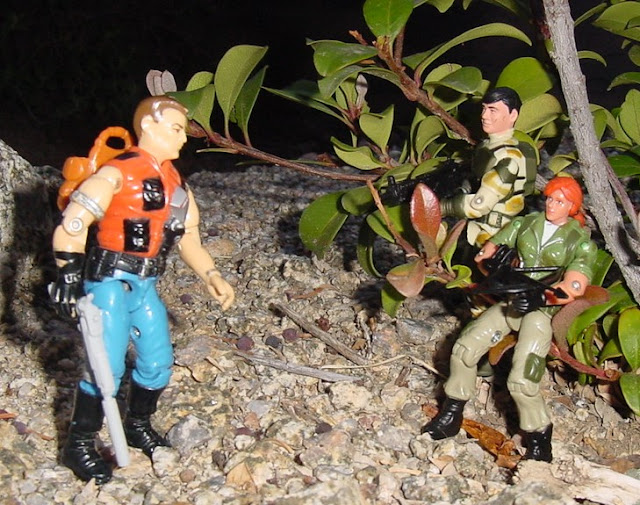 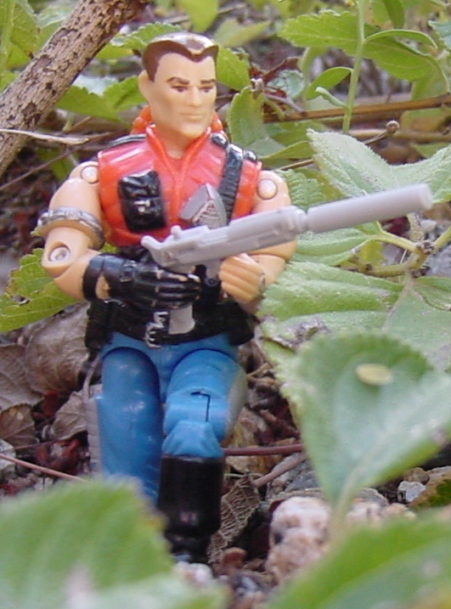 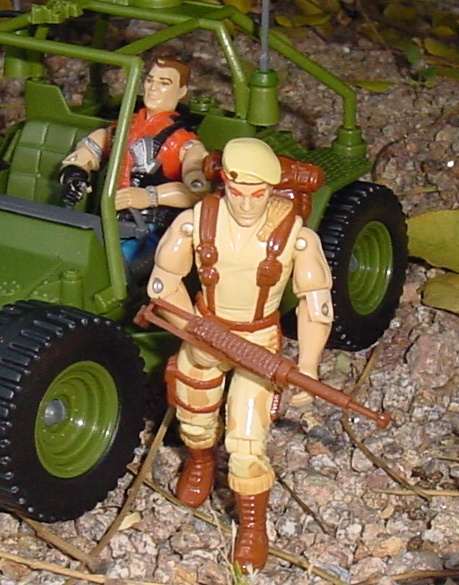