First off, let me say that this figure is not Firefly. Firefly is only personified in the awesome 1984 version. That being said, this figure is still very cool. Most collectors are not fond of the fact that Firefly was made into a ninja to fit into the Snake Eyes story. If you can get past those connotations that this figure evokes, you can actually find out this is a very cool, and very playable figure that deserves some positive attention. It is an oft forgotten gem that came out at a time when many hard core collectors were beginning to be alienated by the line. As such, not many people hold this figure in high regard. This is one instance, though, where the 1993 repaint was superior to the 1992 version that was trimmed in gray instead of black. Still, that is not enough to attract most people's attention.

This figure has a very aesthetically pleasing color scheme, and the uniform is very nice. It is very subtle, but the grenades and chain mail armor show that he means business. You may not like neon colors, but this green fits in nicely and is fun to look at. I consider this version to be superior to the gray and green 1992 version. The black is just more menacing and stands in starker contrast to the green. This figure also comes with a good rifle. It would, of course, be better had it been cast in black, but I don't have a problem with green weapons. (The original Firefly's sub machine gun was green in color. How many people to you hear complaining about that?) The little top spinning thing he came with was lame as a concept, but kind of fun to fool around with. It is, at least, a fun stupid accessory.

This figure does hold an important distinction in my Joe collection. In 1992, I was out of the comic, but decided to check out a Toys R Us. Once there, I found the 1992 version of this figure. Recalling how upset I was that they killed Firefly off in the comic, I bought the figure and then returned to the comic to see what was happening. I have to admit that I marked out when Firefly returned. The new uniform and feud with Snake Eyes was a bit lame, but I was just happy that one of my all time favorite characters was not dead. Still, though, this figure still has never been called by the Firefly name in my Joe world. In fact, in 1994, I developed a new crop of Cobra lieutenants. I have often referred to how my Cobra is no longer run by the old comic characters. They have aged and moved aside to allow a younger generation of field generals to showcase their stuff. This figure makes up the most ruthless combatant of all those generals. The figure was just too cool not to use, but I was not about to take my 1984 Firefly out of the rotation.

Needless to say, this guy sees a lot of time in my collection. He is usually a Stun commander and rides proudly into battle. He is not the political leader I have made some other figures. I consider him the replacement to the place formerly held by Major Bludd. This is the field commander the troops love, but also fear. He is as ruthless as any of the basic troops, but has the commanding personality that causes people to perform at remarkable levels when under his leadership. This guy is also good friends with the new political leader I created. At some point, these guys will have to clash with the older leadership, but, in the meantime, they are bent on building their reputations by helping Cobra regain lost glory.

This mold was used in 1992 (with grey highlights) and then again in 1993. It has not appeared anywhere since then. However, Firefly's gun did show up in a convention set. As such, it is very likely that this mold is available to Hasbro and could be repainted into something new. A simple headswap could easily breathe life into this mold as a new type of Cobra Trooper (in fact, it would be a great body for a Cobra Trooper update...) or as a new or existing named character. It's definitely a mold worth taking a chance on since the intricate detailing would really pop with the proper paint applications. Perhaps we will one day see this mold return. Done right, I think collectors would welcome it with open arms.

The original Firefly is one of the most popular figures in the entire line. This version, however, does not share the original's popularity. He can be had cheaply and easily. Carded versions run under $8.00 and loose figures can be had for nothing. That being said, I don't ever foresee this figure gaining in popularity. Hardcore collectors can't stand the the extremes the ninja plotline went to and don't like this figure because of it. As such, I see this figure inhabiting discount bins for the duration of its existence. People just don't like this character and want to remember Firefly as the awesome figure and character he was in the '80's, not what he was bastardized into in the '90's. This figure, though, has uses. With a little imagination, he has become an integral part of my collection. With any luck, this may have opened your eyes and revealed new possibilities for this figure.

Did you like Firefly as a ninja, or was he better as a mysterious saboteur? Let me know your thoughts. 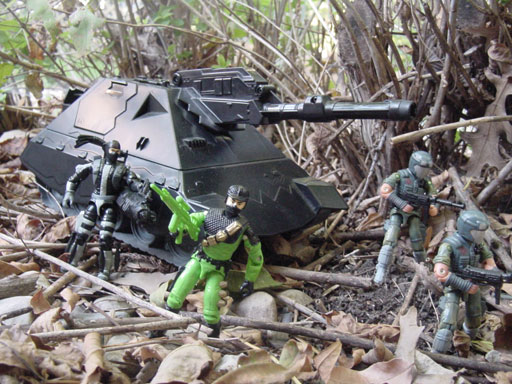 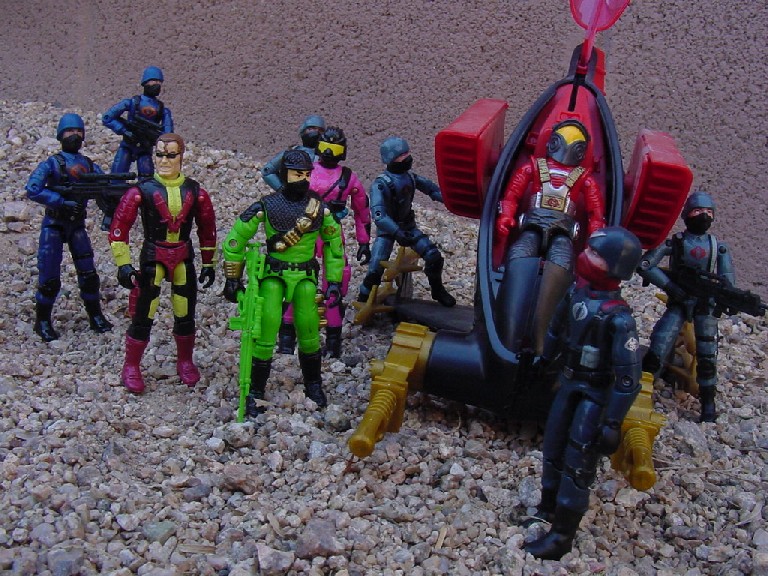 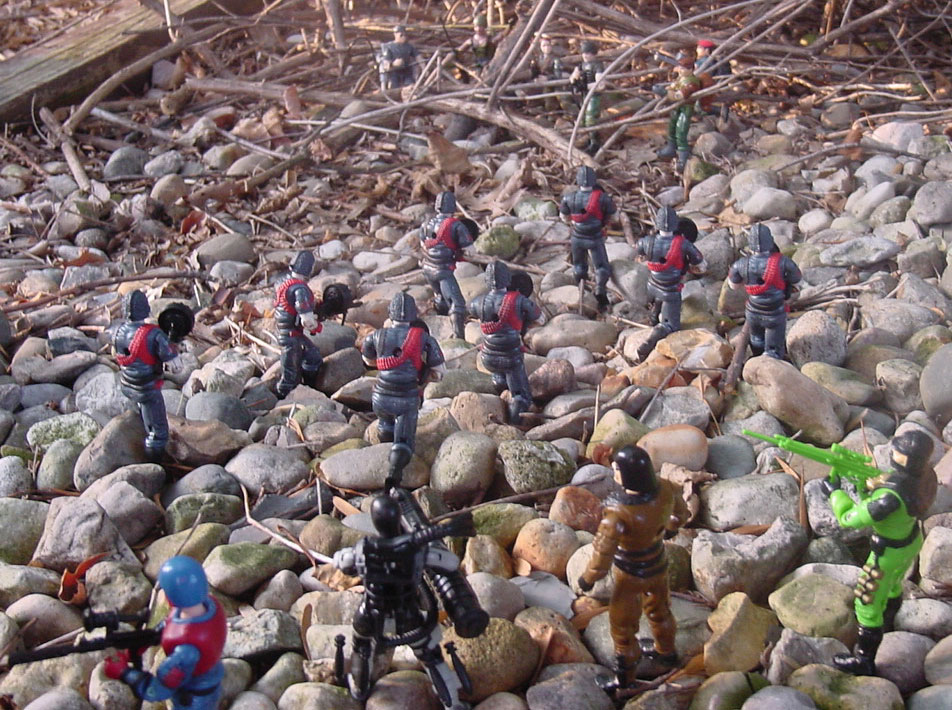