In 1989, Hasbro finally released a playable version of Deep Six. He had originally been included in the 1984 vehicle called the SHARC. This vehicle had its uses, but the figure, an unarticulated huge hunk of plastic, was absolutely useless. He was supposed to be a deep sea diver, but the figure was so terrible that he was thrown in my junk box and still, to this day, has never been taken out. The 1989 version, though, was awesome. The figure had a respectable diving suit, a pack befitting a diver, and a great, removable helmet. This figure is, for me anyways, the ultimate deep sea diving figure. As such, I have four of them. In 1993, though, Hasbro offered this figure via mail order. It came in the neonified colors that most of the 1993 repaints saw, but is still a cool figure. When I finally got one, this figure actually replaced the original coloring as my most favored deep sea rescue trooper.

I have made it clear many times before that I don't mind neon figures. This is another guy where I feel neon is warranted. I use this guy as a deep sea rescue trooper. It makes sense for him to wear colors that others can see. The gold gun is a bit much, but is also easily replaceable with the grey version from the 1989 Deep Six. When that is done, this figure is very fun to own. I also like the contrast that is created by the bright yellow and the dark black. It creates a nice dichotomy that makes the figure that much more enjoyable. The detail of the mold, with the built in air hoses and helmet latches, makes it evident that this figure was designed when the Joe engineers were still motivated to create an incredible product. The detail of the mold is what makes this figure stand out among Joe divers. He has all sorts of uses in a variety of situations. The mold on this figure is one of my favorites. I am a sucker for removable helmets, especially ones like this. It allows you to use the figure as a nameless peon who can be wasted by stealthy Eels. Figures like this make up the bulk of my Joe collection. I never fell for the idea that a group of 5 guys could take out an entire army of Cobras. As such, I have to have army builders for my Joes as well.

The original 1989 version of this figure is also very cool. As I only have one loose sample of this '93 version, I use him as the leader of a highly specialized search and rescue team that also includes my four 1989 versions. The '89's are also very common. They are a good figure to get if you want to build underwater armies. I have actually had an easier time getting the '89's, but that is also partly due to the fact that I didn't want to pay more than $3.00 for the '93 figure. That, though, should also give you an indication of both figures' availability and price. They are cheap and plentiful and easy figures with which to build armies. When I get a Flagg, these guys will be the quick response team that will respond every time a fighter goes in the drink. With the new swimming pool and an underwater camera, I should be able to get a nice diorama set up. You can be sure, though, that when I do that, the pics will appear here.

Hasbro used the Deep Six mold twice: in 1989 and 1993. After that, it was sent to India where Funskool released a Deep Six in colors very similar to the 1989 version for many years. As Funskool is now out of the Joe business, it is likely that Hasbro now has this mold back in their possession. However, what would they do with it? Deep Six isn't a character that many collectors clamour for. Nor is the mold one that would be greatly improved with a new color scheme. At some point, I could see the figure being part of an aquatic themed convention set. But, beyond that, I don't think many collectors would mind if the Deep Six mold were never used again.

1993 Deep Six's aren't too tough to find. They were available as a mail in near the end of the line, and many had to be liquidated for ridiculously low prices. Now, you can find them MIB for only a couple of dollars. He makes an excellent army building figure, though, and is available enough for you to do so. Like most of the later mail ins, though, I wouldn't expect unlimited, and cheap, availability to stay around for long. Many MIB figures are starting to stay that way as they disappear into private collections. If you want to open and play with this guy, I would suggest picking a couple of them up now, before the supply drys up. These guys, though, will never attain massive popularity, so I doubt that the price will ever climb too high. If you are like me, though, and like many multiples in your army, now is the time to add these guys.

Who is your favorite diver? Email me. 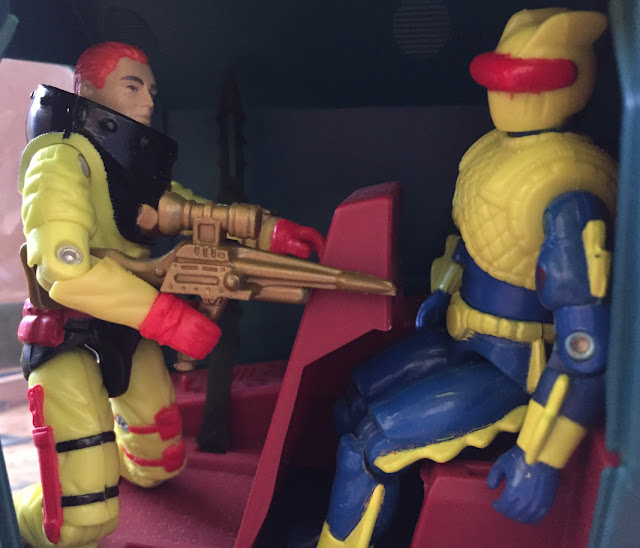 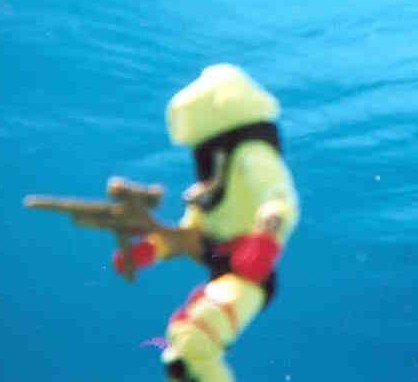 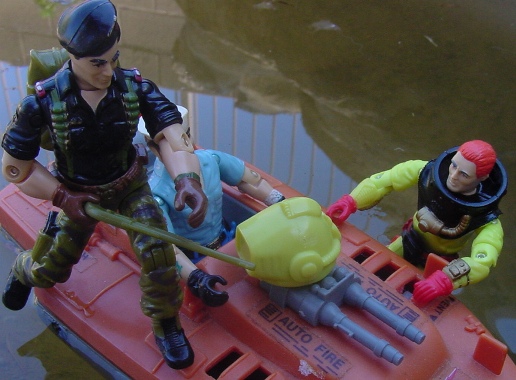 Posted by Robot_Sonic at 7:30 PM
Email ThisBlogThis!Share to TwitterShare to FacebookShare to Pinterest
Labels: 1993, Deep Six, Mail Away