During one of my many trips to Toys R Us back in 1987, I saw a new Joe vehicle that was not advertised in any of the catalogs. It was a radio controlled dune buggy. I was not into remote controlled toys, and was not intrigued by it. I did notice, though, that it included a figure. I took a look at the figure, though, and realized it was just a retread of earlier molds and decided that he would not be enough to cause me to badger my parents until they bought me this thing. As I was not the only child who made that determination, or had it made for them!, Rumbler has become a very difficult figure for the modern Joe completist to acquire.

Rumbler is cast from the 1985 Footloose's head, 1985 Heavy Metal's chest and arms, and 1985 Bazooka's legs. Since, like Claymore, he has no original parts, Rumbler is often overlooked by the casual collector, and ignored by the hard core one. He is a very obscure figure who came with an equally obscure vehicle. The Crossfire was only available for one year. I only remember seeing it at Toys R Us, and that was only around Christmas time. As such, this guy is very uncommon. Of course, when you are cast in odd earth tones that really don't flatter, a figure's hope for success is greatly diminished. This guy is in really awful colors. The scan below shows his green gloves and blue shirt. Remember, this was taken with a high powered light going right over him. In real life, this guy is very bland. The blue shirt is actually a grey color and blends in with the jacket. His gloves are also much darker and are hard to distinguish as green. I really don't think they could have made this guy any darker.

Rumbler is a hard figure to use. His color scheme is so bad, it takes away from what should be a very good mold. Heavy Metal's chest is one of my all time favorites. How it looks so good on him and so poor on this guy is a real testament to the power of proper coloring. I've found limited use for this guy as the driver, or co-pilot of vehicles such as the Mean Dog, Rolling Thunder, or one of my CORPS! hummers. Like Major Major Major Major from Catch-22 this guy is impressive just by how unimpressive he is. I thought I would like this guy, but have found him so bland that I really want to find a use for him. One of the next vehicles I want to acquire is complete A.W.E. Striker. I think Rumbler would look good in the driver's seat. Other than that, though, this guy is not really all that much fun to have. The nice thing about him is that the Joes need vehicle drivers. I don't like using my coolest figures as vehicle drivers since I then can't use them for other purposes. Figures like Rumbler are great role players who fill the mundane jobs and allow the better figures to be used in greater capacity.

Rumbler only ever appeared as the driver of the Crossfire. All of the parts used to contruct him, though, were then sent on to Brazil where the individuals were all released on single cards in color schemes similar to their American counterparts. Since then, none of the molds that comprised the Rumbler figure have resurfaced. This is too bad as collectors would definitely welcome the return of any of the three characters who make up the Rumbler mold. As a character, I wouldn't mind the return of Rumbler as a new amalgamation. However, if that was to happen, I would want it to be as a figure made well (like the 2007 Starduster rather than a simple rehash of a bad original design (like the Cobra Mortal). As the Joe line can always use more vehicle drivers, the Rumbler character would be one whose return collectors would probably enjoy.


Rumbler is a horror to find. Very few people had him, and very few have him now. He was only available with the remote controlled vehicle, though one of the conventions did offer a Rumbler, but with no accessories. The nice thing is that Rumbler's helmet is similar to the Crankcase helmet that came in one of the accessory packs. His gun, a recolored version of Heavy Metal and Rampage's gun, though, is very hard to come across. Mint, complete specimens can fetch upwards of $20.00. He is not, though, a highly sought after figure. You can rarely find him available, but since not too many people are actively looking for him, he doesn't get as expensive as other, similarly difficult figures. He is easily as hard to find as both Hardtop and Payload from the space shuttle, but, since he is not nearly as high profile, doesn't garner the attention or big dollars when he does appear. He is, at best, an oddity and one of those figures that very few people know about. Once you have him, though, you quickly realize that, perhaps, he is best left forgotten.


I don't need the figure, but I do need his gun. If you can help,email me. 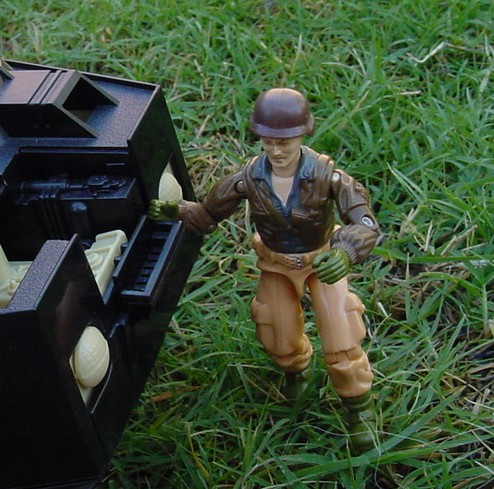 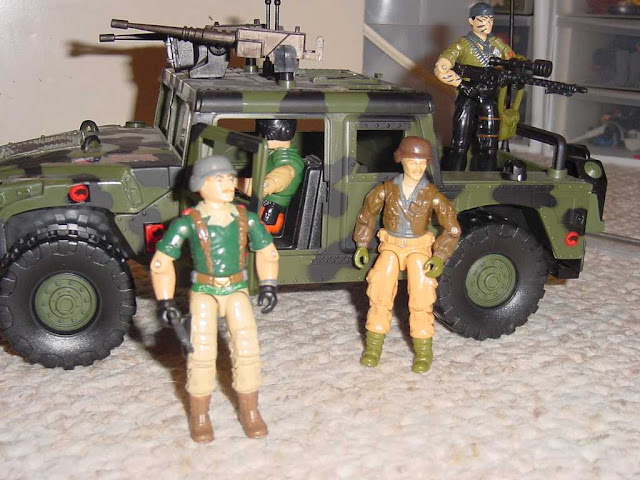 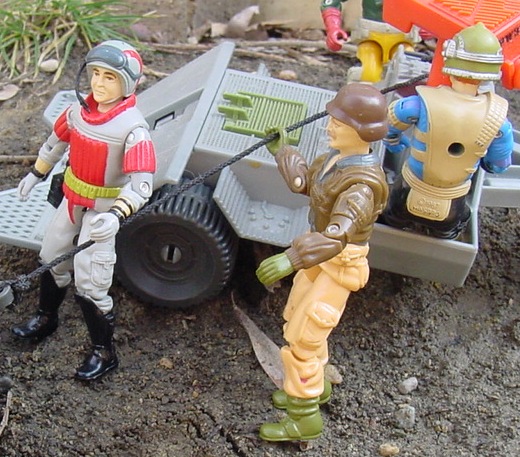