I've already profiled the Stalker character with his 1997 version. Stalker is the most ubiquitous non ninja Joe. His character was used in all facets of Joedom from 1982 until 1994. It is the version of Stalker that came out in 1994, that remains his most elusive, and underappreciated version. While everyone remembers the original's unique cammo pattern and head sculpt and most will even recall his tundra ranger outfit from 1989, only the die hard fans will even give this fantastic 1994 the time of day. It is a fabulous figure that deserves more collector attention.

In 1995 and 1996, the only Joes I had access to were the ones I could buy at retail. I managed to find many figures, but found myself disappointed with their weapons. The neon figures didn't bother me, but neon guns did. I decided early on that I would automatically buy any figure that came with black accessories, whether I liked the figure or not. Naturally, this led me to a few very nice figures like the 1993 Duke, the Crimson Guard Commander, and the 1994 Shipwreck. Of course, I also ended up with a few figures like the 1993 Backblast. Stalker, though, was a figure that not only came with cool black accessories, but his mold was great as well. At that time, I was after urban commando type figures. Stalker fit that role. He worked perfectly for commando missions in both urban and combat settings. The basic black unform, with the cool, tight, stocking cap (I once had a cap like this. A buddy of mine got it for me when he worked in a meat packing plant in Wisconsin. Somehow, it didn't make it out of Oxford. I've been looking for 4 years now and have yet to find one that is even close to that original.) and olive trim made for a realistic figure that was always useful.

Stalker comes in two distinct versions, one with neon highlights and one without. While the neon figure is still very nice, the neon gives the figure a splash of color, I prefer this non highlighted version. As a cost cutting move, Hasbro had stopped using the ornate paint decors to which collectors had become so accustomed. Almost all of the '94's come with two paint versions, one that has a extra color or two, and one that is very basic. (See the 1994 Star Brigade Roadblock for another example. Mine has silver grenades and highlights. Others are just cast in orange and black.) As such, this figure is only cast in two colors. I think the only thing that keeps this guy from being more honored in my collection is this fact. He has an elaborate mold that is very detailed. The fact that they didn't paint the detail shows the laziness that was rampant in the Joe team as the line wound into oblivion.

After the Joe line died at retail, this mold was not seen again until 2002 where it was used in the EXTREMELY limited Wave V of the A Real American Hero Collection as the body mold for Sidetrack. After that, it was never used again. That's too bad as Sidetrack did not even begin to scratch the potential of this mold and this figure could easily be used as a new version of Stalker in a variety of updated color schemes. But, for now, it remains one of the great undeveloped molds from the line's final year.

Stalker, like most of the 1994 Battle Corps figures, is easier to find on the card than he is loose. He is also, usually, very cheap. He does, though, take some time to find. For some reason, Stalker appears less often than many of the other 1994 figures. I think he is a collector favorite and many of the dealers who hoarded the last of the 1994's couldn't find many Stalkers to add to their stash. Still, he is a 1994 figure and can be found. He is a figure that is well worth the money. Until the 1997 version came out, this was the only version of Stalker that I used. Once you have this guy in your collection, you quickly realize how valuable a figure he can be. He is a great figure that works in all sorts of situations. He is a must in my collection and will find a nice home in yours as well.

This is a very nice version of Stalker. If you have a 1994 Stalker with neon highlights you wish to part with, let me know. 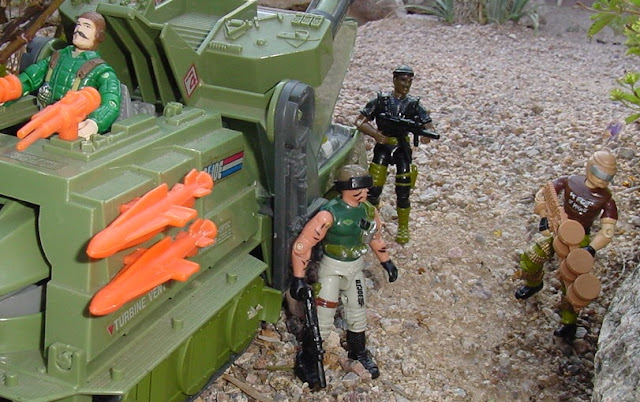 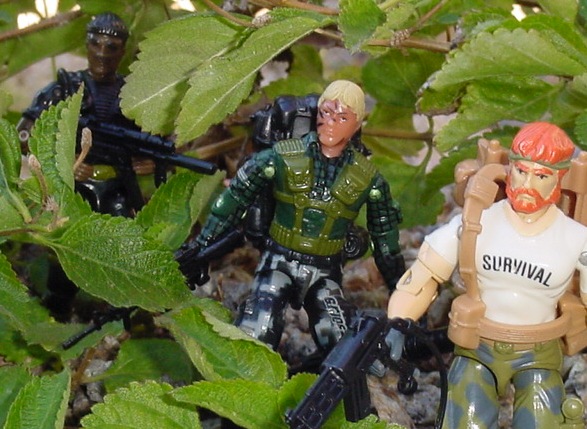 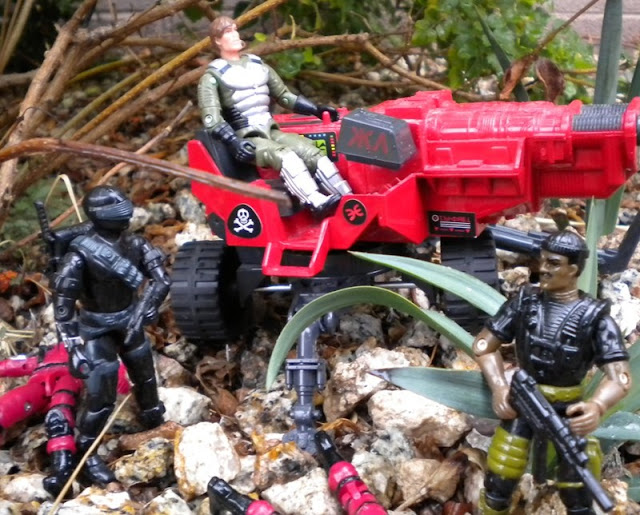 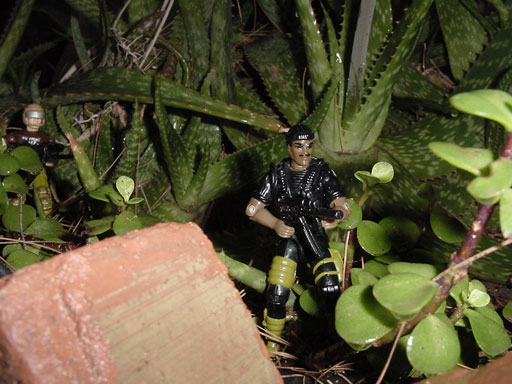 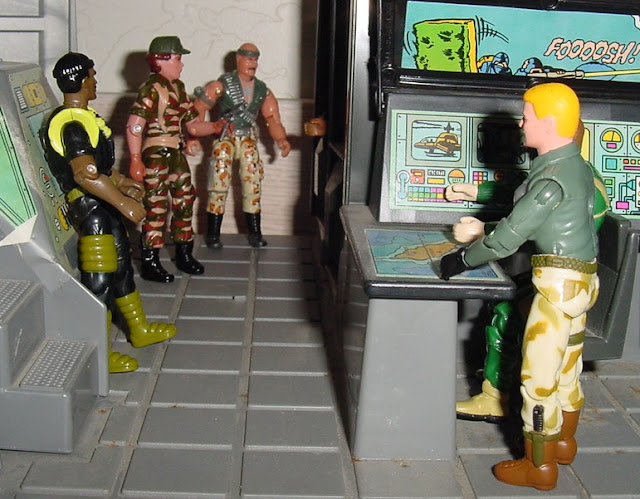