Back in 1993 and 1994, Hasbro offered tons of mail in figures. Basically, the line was ending and they wanted to eliminate all of their old stock. As such, there were tons of mail in exclusive figures in 1993. 1994, however, was a bit different. To commemorate the 30th anniversary of G.I. Joe, Hasbro offered the one figure every kid in the early '80's thought was represented by Grunt: the one and only G.I. Joe.

I'm not much of a Joe historian beyond the 3 3/4 inch line. Frankly, I don't care about the 12 inch figures. As such, I was not real certain as to who this Joe Colton was supposed to represent. 5 years earlier, for the 25 anniversary, the comic had offered a nice little story about some guy named Joe. That was the extent to which I knew who this figure was supposed to be. When I saw the figure advertised on the inserts that came with many of my late 1994 figures, I was intrigued. The figure looked militaristic enough that it might be cool. What I was really interested in, though, was his gun. The insert art showed Colton with a very cool gun. The picture of the figure inside, though, showed the over sized machine gun you see in the bag with the figure below. Once I decided that this was the gun you got, and not the cool one he was drawn with, my interest for the figure waned and I never ordered him.

Now, years later, I've never really regretted that decision. Colton, like most of the mail ins offered in at the end of the line, is a very simple find that won't strain your budget. He is a figure, though, that I think is still kind of cool. The basic drab coloring without the trappings of unpainted extras that plagued so many '94 releases is a refreshing change. Aside from the Action Soldier, this was as basic a figure as they released in the entire line. In that simplicity lies the splendor of the figure. He works well as an officer, a basic soldier, or even an honorary persona. He's a guy who, if I had a loose specimen, would often play the background role. You would see him milling about in dioramas to add realism, but he would never be the major player. I think that is the reason the figure works. He is very different from most Joes in the line, but is still a nice enough mold to find uses among just about all the other figures.

The primary reason I wanted to profile this figure is because he is an oft recognized mail in figure. One of the things that made toy lines so much fun for me as a child was the mail in offer. From the first Boba Fett offer back in 1979 all the way through the Mace Windu offer in the fall of 1998, I have loved the concept of the mail in figure. Unfortunately, it seems Hasbro has moved away from this. Several high profile Star Wars collectors have bemoaned the fact that there are currently no plans to offer an Episode II sneak preview figure. Turning you back on 22 years of history and precedent is not becoming trait for a company that is still trying to foster strong relations with the collector community. One of the sinister corporate motives of the mail in figure is to eliminate overstock. I know that as a child I often needed one or two additional flag points to be eligible for a mail in offer I was interested in. This was often the only incentive to purchase less than stellar figures and add them to my collection. As they were what I needed for the mail in, I would buy them even though the figure would never be used. How else can you explain the presence of Crystal Ball, Raptor and, especially, Big Boa in my childhood collection? I think the Joe line was an instance where the mail ins were able to offer different generations of Joe fans connections that allowed the continuity of the overall story line to remain intact. Losing out on something like this will take away from much of what made Joe so successful. I wouldn't mind if all we were offered was the return of the Steel Brigade, newly amalgamated figures, or even straight repaints of current molds. (That would be a perfect way to distribute that tan version of the '00 Dusty rather than release a new version of him at retail.) As long as there is something available for order either by mail, or via an Internet enabled web form, I think that the collecting community and the line as a whole would be better served.

If you want a bagged figure, Joseph Colton is pretty easy to find. Like most late mail ins, he was more hoarded and kept MIB by collectors than he was opened by children. As such, you don't often see loose Coltons. He is a figure, though, whose popularity ebbs and flows like the tides. Some days you will see bagged figures fetch $25. Other times, he will sell for under $10. With a little patience, you can get a bagged figure for under $15 on a consistent basis. At that price, he is still cheap enough to actually open the bag. (Not something I've done, yet. I like bagged figures and have well over 100 of them. There's just something about the bag that makes me like them. I've opened a few bagged figures, but keep most of them in a special storage bin always ready for future use.) This is a figure, though, that I can see becoming like the Hooded Cobra Commander. He will not be rare or even semi-difficult to find, but will command a higher price tag because dealers and hoarders think he should be one of the tougher figures to acquire. Like Windchill, this guy may have low production numbers, but they still far outstrip the demand for him. With that said, I see this guy remaining like he is for some time. Collectors don't seem too keen on the mail in figures. Most of them are poorly colored resculpts (see Deep Six) that lack decent accessories. While Colton is a cool figure, he is often lumped in with the Action Series 30th Anniversary figures. He is a neat anomaly in the line, but doesn't really fit the overall continuity. 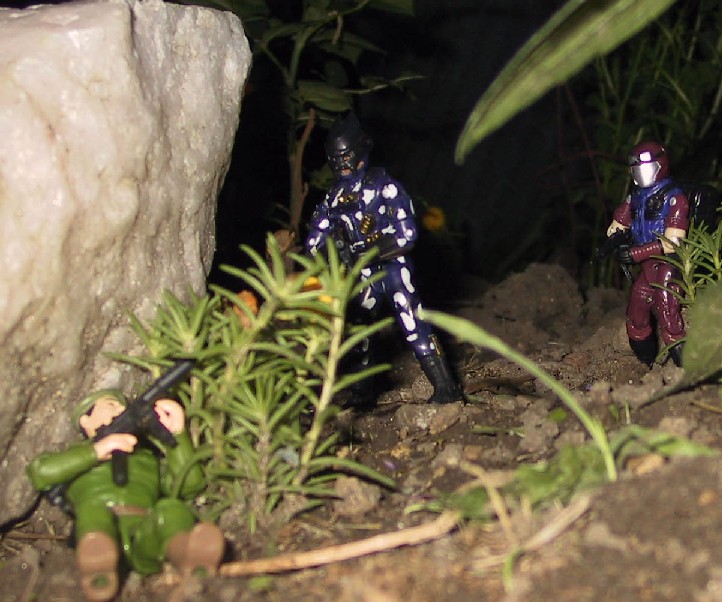 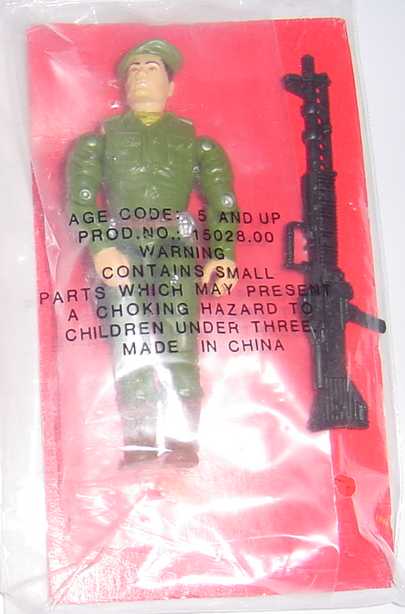 Posted by Robot_Sonic at 1:02 PM
Email ThisBlogThis!Share to TwitterShare to FacebookShare to Pinterest
Labels: 1994, Joseph Colton, Mail Away