I've debated for long time as to whether or not I would profile this figure. When I finally decided to do so, I had another debate as to which year of this mold I was going to utilize. I use both the '84 and this mold about the same and couldn't decide if I should go with the classic, or keep with my original plan and showcase this later, less heralded use of this immortal mold. Finally, I let fate decide. I still keep my '97 figures ready and none have gone to the archive, yet. That is not the case with the '84 figures. All my original Stormshadows were packed away in baggies. As such, I took the easy way out and settled on the 1997 Stormshadow as my profile for this week.

There are some slightly more sentimental reasons why I wanted to profile this figure mold around this day. You see, back in 1984, Stormshadow was impossible to find. You couldn't get him even at the just recently opened Toys R Us stores. A friend of mine, in desperation, ordered a Stormshadow, along with 5 or 6 other figures he already had, in a figure pack from the JC Penny catalog. I, though, was a bit more patient. Finally, in mid October of '84, I found a lone Stormshadow at the aforementioned Toys R Us store. As October coincides with my younger brother's birthday, the only way I could convince my father to buy the figure was as a present for my sibling. I figured that as long as one of us had the figure, that would be okay. My brother's birthday came and went and I discovered that my plan had backfired. Instead of relinquishing the new Stormshadow figure our toy room, as was my brother's M.O. after the initial novelty wore off, he kept using the Stormshadow figure. I never got the opportunity to stash it into my collection like I had hoped. I watched in horror as my brother lost Stormshadow's accessories and left him in the mud in our backyard. I realized that by the time I was going to be able to commandeer the figure into my collection, the figure wouldn't be worth having. I needed a new plan.

By December, my thoughts had turned to 2 possible times when I could acquire the Stormshadow figure: Christmas and my birthday. I was hoping for my birthday as I was usually able to pimp my brothers for some insight into my upcoming presents. Christmas wasn't much of a challenge as I knew where the presents were kept. You can imagine my disappointment, though, when all my "sources" turned up no info that I would be receiving a Stormshadow figure of my own that holiday season. I let this slip from my mind, though, as I was preparing for my birthday party. For whatever reason, the weekend I had my party that year was unseasonably warm. We had a 65 degree day so all my friends and I could play outside. As such, my party ran long and I didn't open presents until much later in the evening. When I did, I found I had received a Stormshadow figure! One of my friends who wasn't really into Joe, but knew I was, had found it and thought it looked cool. We all then spent the rest of the evening in an epic G.I. Joe battle.

Just to show that this story has a point and that things do sometimes come full circle, there is one more little element to this tale. On December 15th, 1997, I decided to stop at a Toys R Us store on my way home from work. I always bought myself a present for my birthday. (It is a tradition to continues to this day, though now my wife buys me the toys. I've got a nice box of stuff coming from SmallJoes.com this year!) I was hoping to find the elusive Slave Leia from the Star Wars line. Of course, TRU was a bust for Star Wars, but I did see something very, very interesting. It was the Stars and Stripes set that contained 8 new Joe figures. At that time, I was not as involved in the online Joe world as I am now and didn't have any idea this set was being released. Naturally, I snatched it up. The figures weren't great, but it was enough to get me thinking about my Joe collection once again. (Oddly enough, I also stopped at the Wal Mart one freeway exit down from the TRU and found that Slave Leia. I've always had good toy luck on my birthday!)

Sadly, though, this about ends my fascination with the Stormshadow figure. When the '85 Snake Eyes was released the next year, Stormshadow had a brief opponent, but I just couldn't keep him near the top. My Joe world was changing and the need for ninjas had disappeared. Characters like Flint, Airtight and Footloose were the guys I liked to use. With them, I gravitated more towards traditional Cobra army builders like the Eel, Crimson Guard, and Viper. My Cobra Commander didn't need a bodyguard as he was rarely used. When I finally did pull him out for the '87 incarnation, the body armour precluded any further need of Stormshadow's services. The Cobra ninja then became an afterthought in my collection for many years. In the mid '90's, though, I did pull out both an original Stormshadow and an '85 Snake Eyes and had them engaged in a sword battle on one of the shelves in my room. Beyond that, though, this figure's uses were limited.

Now, little has changed. I still like the look of Stormshadow, but have no real use for the figure. In fact, the Stormshadow idea is kind of dated. Like the '80's ninja craze, Stormshadow's day has passed for me. I no longer have much use for the figure. However, he does still look cool. As such, I now have this '97 version displayed among my Cobra army. While Cobra Commander now has new bodyguards, Stormshadow is still there, just to keep everyone honest. It is a nice way to remember this figure, even though his days of heavy use are past.

This year of Stormshadow is a bit tricky when you talk about pricing and availability. While mint, complete 1984 Stormshadows are starting to consistently hit the $60+ price range, the '97 can still be affordable. However, again, this is problematic. I've seen this figure sell carded, along with the Snake Eyes and Lady Jaye figures, for around $20. Of course, I've also seen this figure, loose with no accessories, sell for $40! Like all the '97's, this figure was missed by a great many collectors. If you were wanted this guy in 1997 or 1998, though, he was very easy to find on the retail shelf. Basically, he is not a difficult figure to find, but you may have to endure many dealers who will try to convince you otherwise. Personally, I passed on this guy back in '97 and '98 because I was focusing on Star Wars figures and these Joes were just repaints of figures I already had. A couple of years later, I realized my mistake and started looking for them. You can see the search was successful. With that in mind, you should be able to get this guy without too much trouble. With the original mold reaching high price points, this figure is a great alternative and the one version of this original Stormshadow mold that I currently own that actually seems some use.

While I no longer need a '97 Stormshadow, I am really after the Satan and Ninja Ku repaints of this mold that were released in Argentina. I would also be interested in a Ninja Viper mail away figure. If you have any of those that you would be willing to trade, shoot me an email. 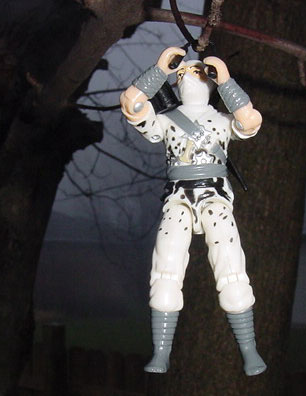 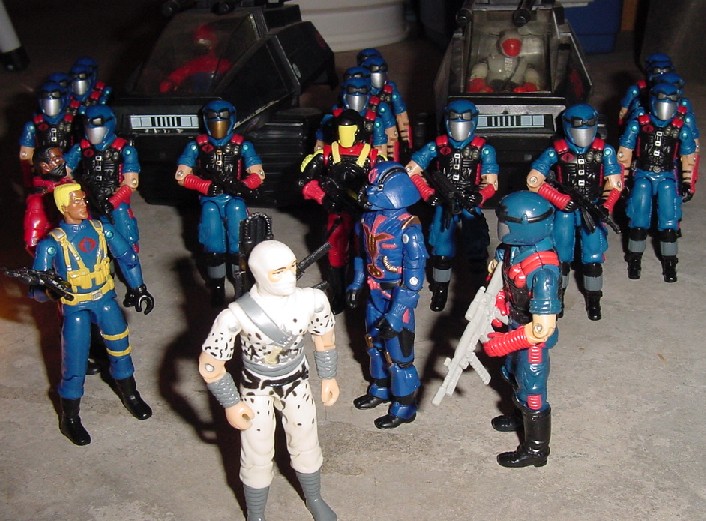 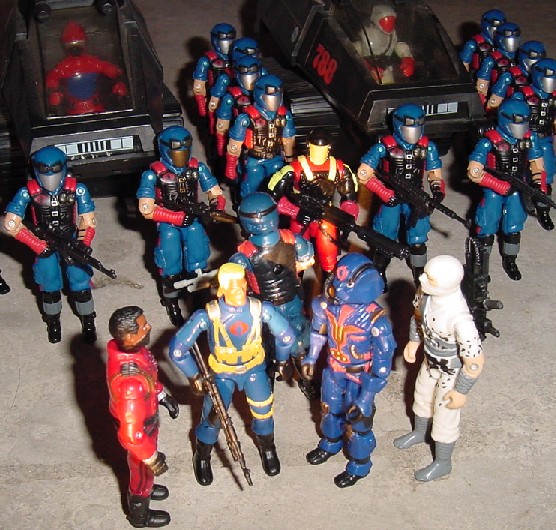 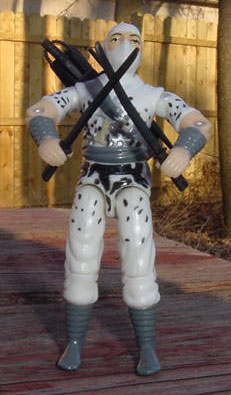 Posted by Robot_Sonic at 9:50 AM
Email ThisBlogThis!Share to TwitterShare to FacebookShare to Pinterest
Labels: 1997, Retailer Exclusive, Stormshadow