For a long time, I've wanted to profile the Spirit character. Since his memorable introduction back in G.I. Joe #31, I've liked the character. However, Spirit was a rare case where I felt the character outweighed the actual toy. While the first version of the figure was very cool and was someone that I used for quite some time, it has certain shortcomings, especially when it was compared to figures that came out in later years. While the original figure stayed on the outskirts of my Joe collection, the idea of Spirit did not. He remained a part of my Joe story line, though he was just never given a starring role in the toys. However, it is the second Spirit mold that I have finally chosen to profile. This mold has the updates that allow this figure to fit in with more figures from the entire run while still remaining true to the Spirit character. Of the 2 color schemes for this mold, I have chosen the 1993 mail in figure as the subject of my profile.

In 1993, Hasbro offered almost a dozen mail in figure premiums. The line was definitely winding down and they were trying to milk it for all they could. Most of the mail in figures were brightly colored and not highly desirable. (I know that I passed on a couple of them due to the colors.) However, a few of the mail in figures were sensibly colored and nicely done. While I've already discussed the Arctic Commando team, the International Action Team was another mail in set that was done nearly to perfection. This set included 4 Joe figures: Budo, Big Ben, Big Bear, and this Spirit figure. While the molds were nice and the colors were great updates to the originals, their accessories were lame. Spirit came only with a Hit and Run knife while Big Bear came with very lame remake of the Dodger rifle. Big Ben did have a version of Tunnel Rat's gun, but it just didn't fit for him. Budo came with his scabbarded sword and a helmet with orange highlights. The figures had no backpacks or other accessories to flesh them out. As such, they were not quite as inspiring as they could have been. Because of factors like these, the entire set has really become rather obscure and remains one of the less often mentioned 1993 mail in sets since so few collectors have really found a home for these re-paints in their collections.

My first encounter with this Spirit mold was back in 1999. I managed to get a 1992 version of this figure from Hasbro Canada. (Since then, I've not been able to get another one. Both versions of this mold are pretty tough to come by.) I really liked the mold and was impressed at how cool its design was. The sharp colors were aesthetically pleasing to me, but the hard, neon green was kind of a detriment to using that figure for the field trooper I always felt Spirit should be. When I discovered the '93 repaint on YoJoe.com, I immediately wanted the figure. For a couple of months, I came very close to acquiring the International Action Team of whom Spirit is a member, but the price always ended higher than I wanted to go. As such, I kind of let this guy slide and didn't pick one up for a couple of years after that initial realization. Once I did, though, I was not disappointed in him at all. The muted maroon chest made this Spirit a perfect woodlands trooper. The gold leg details (like the ring of grenades on his waist) just highlight the mold's strong points. This is the version that did not have the hard edge of color like the original version had and makes for a much more usable figure.

Spirit was originally introduced in 1984. In the fall of that year, he made his comic debut as protection for Snake Eyes. He and Airborne parachuted into the High Sierras after Snake Eyes and ended up in a firefight with him against Destro, Firefly and the original Fred. While I won't summarize the plot of this story, I will say that it was about the best Joe story I had read at the time. I wore my copy of G.I. Joe #31 out as I read it so many times. Airborne had already been a oft used figure in my collection, but that story alone vaulted he and Spirit to the top of my collection. Spirit became an almost mystic warrior who was the only one capable of fighting Storm Shadow. (Remember, the '85 Snake Eyes didn't come out until the next year!) He was a loner, but a remarkable soldier who was able to overcome almost any odds against him. Like most of those early figures in my collection, though, my original Spirit suffered from his heavy use. In time, his paint wore off, accessories broke, and joints became loose. When this happened, the figure sort of disappeared into my collection. By the time an update of the mold was released under the Slaughter's Marauders subset in 1989, I was out of Joe and missed it. When I returned to collecting, the I picked up an original Spirit, but the later year figures that I was then concentrating on were just superior to those old molds and I didn't pay it much attention. Once I got this version, though, Spirit returned to my collection as one of the older, more experienced Joes whose insights prove valuable to the newer team members. He is often included on the most dangerous missions as he is still one of the best soldiers on the team. His personal strength and control keep him at the top of his ability and make him one of the few characters from the early years of the line that I still utilize.

Of the 1993 mail in offers, the International Action Team is the third hardest to find behind the Gold Headed Steel Brigade figure and the Create a Cobra. However, a large toy magazine managed to get their hands on a large chunk of the IAT overstock and has offered it, from time to time, as a bonus for when you subscribe to their magazine. Due to the price of the publication, though, it really doesn't make this set any easier to get. The fact that these are probably the most sensibly colored non Arctic mail in figures offered at that time as well as the fact that the members of the set were decent enough characters also helps explain their popularity. As such, you can expect to pay upwards of $30-$35 for a MIB set. If you divide that price by the 4 figures, it isn't too bad, but is a substantial increase from most of the other 1993 mail in figures. Still, for a set of figures that includes 3 nice repaints of figures (the Budo is a little bizarre), the price isn't too bad. I was very happy to acquire this figure and he has become the definitive version of Spirit in my collection. If you have occasion to add this guy, I think you will find him a valuable addition to your Joe world as well.

This is a great version of Spirit and I'm in need of 3 of the International Action Team filecards. I could also use 2 mint, unbroken Freedoms, a MINT version (all the gold on his wrist gauntlets) of Spirit V1 and a mint Spirit V2. I could also use the V2, V3 and European Exclusive Spirit filecards. I know that's a lot, but if you have any of it available, email me. 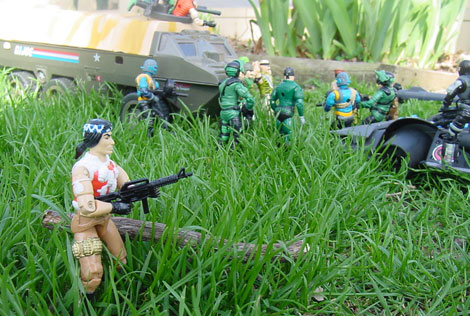 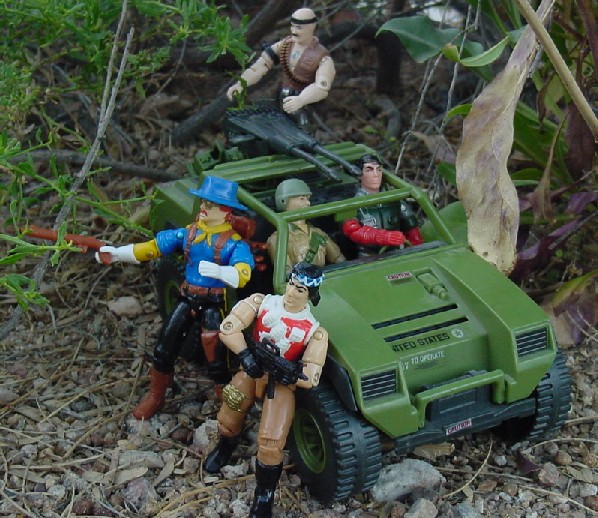 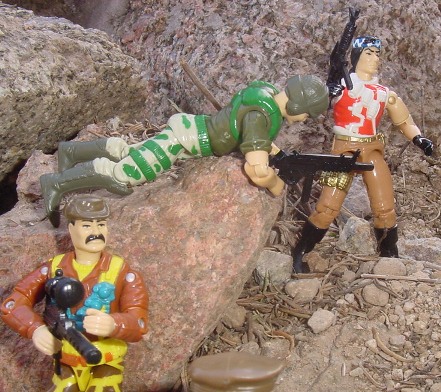 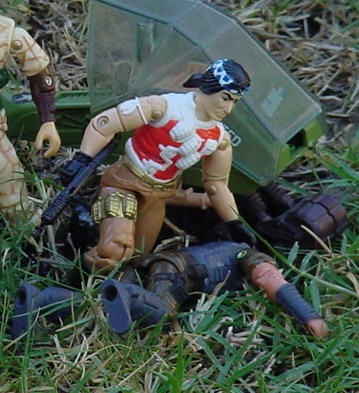 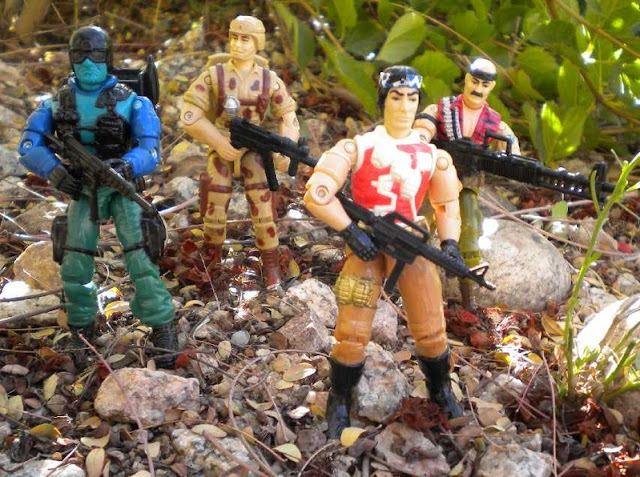 Posted by Robot_Sonic at 3:51 PM
Email ThisBlogThis!Share to TwitterShare to FacebookShare to Pinterest
Labels: 1993, International Action Team, Mail Away, Spirit