Many years ago, now, I was completely against adding foreign exclusive Joes to my collection. They were too expensive and my impression of them was that they primarily consisted of horrible repaints of molds that I didn't like all that much to begin with. My early forays into foreign figures mostly affirmed that ascertain and kept me uninterested in any foreign exclusive figure. However, my American collection slowly grew near the point of completion. As such, the only figures I was missing were often versions that fit the same criteria as the foreign releases. I was kind of at a crossroads when I managed to acquire both the Chinese Major Bludd and Tiger Force Outback in a short time span. These figures sparked my interest in international exclusive releases. In the coming months I managed to acquire many Funskool figures before they made their widespread appearances in the U.S. From here, the natural progression took me across just about every country that produced Joes. Many of the figures I have tracked down are wonderfully done and are excellent additions to any Joe collection. Others, like the Argentine exclusive TNT, are simple affirmations of my early impressions of non-U.S. Joes.

TNT was intended as an EOD specialist. He is a unique character who was only released in Argentina in the mid to late '80's. He is made up of Blowtorch's mold with Doc's waistpiece. The figure is the exact same mold the was used to produce the Argentine version of Blowtorch and the harder to find Argentine Backstop. (Which can be seen in the photos below. Thanks, Tel!) TNT came with a blue version of Doc's helmet, a yellow version of Blowtorch's backpack and one of at least three weapons. TNT is most often seen with a version of Stalker's rifle that you see with my figure. He has also been seen with a black version of Torch's torch as well as a version of Footloose's M-16. None of these various weapons, though, really makes all that much of a difference. The figure is still a very bizarre montage of light blue, silver and yellow that makes it hard to use him in any sort of capacity.

A few years ago, finding a MOC TNT was quite a coup. In the past two or so years, though, a large cache of later series Argentine figures was found. Among the various interpretations of Alpine, Eels, Sgt. Slaughter and Crazylegs were also a trove of exclusive figures such as Sparta, Satan, Ninja-Ku, Sokerk and TNT. As such, many of these formerly difficult figures became available in the US for decent prices. Now that much of the stock has been absorbed by the collecting community, you are starting to see the exclusive ninjas rise back to unaffordable levels while also seeing some of the other exclusives labor in discount bins. TNT falls somewhere in the middle. He is tougher to find and is a bit more desirable due to his exclusive nature of both character and design. However, once you own him, he is probably less useful than just about any other Argentine exclusive figure.

Be wary of opening any carded TNT figure, though. While there has been a flurry of this series of Argentine figures made available in the US, it is probably best to leave these figures carded. It seems that these figures have had a hard life. As such, the plastic has become brittle, hard and very fragile. Many people who have opened figures from these latest finds have often had the figures limbs break upon their first movement. I don't know if this was caused by poor storage methods, or if these figures were just not meant to last carded. I do know that my TNT figure, that has been opened for many years and pre-dates the recent warehouse finds is actually very nice. He moves well and is not brittle in any way. Although, he has become a bit "oily" to the touch. It could be that this is the first stage of the plastic breaking down. (Oily feeling figures are becoming commonplace in the vintage Star Wars figure collecting world as the original figures near 25 years in age.) It could also be due to other factors. Whatever the reasons, though, the degradation in figure quality in the most recently imported carded figures is widely documented. As such, if you spend money for one, I would certainly not expect it to last under the rigors or normal use. In fact, I would almost expect the figure to suffer from some lapse in quality.

In my collection, TNT is relatively useless. I could see him as part of a support or firefighting team that would include Blowtorch. However, even in this regard, there are so many other figures who are superior for this purpose that I never really pull TNT out of his bin. Visually, though, he is kind of nice. When mixed with some other of the earlier foreign figures in a display, TNT does stand out a bit and is an okay concept. Beyond that, though, the figure really doesn't have much play value. (Perhaps that's why he's relatively easy to find.) Even going forward, I don't see many other purposes for TNT. He's the kind of figure you acquire and then forget. I know that I have.

As Argentine figures go, TNT isn't terribly tough to find. Most online dealers carry him and there are always several available via auctions. As he is one of the true exclusive characters, though, you will still usually pay upwards of $20 for a MOC figure. For a figure like this, if you are not a completist, that is a bit much. I've found very few uses for this guy and would take a regular Blowtorch over him any day. The odd choice of colors makes for a neat foreign oddity, but does not mesh well with most people's visions of Joe. With that TNT, remains one of the many bizarre foreign Joes in my collection. He rests with monstrosities from Brazil and India that create a mish-mash of bright, neon colors. Every now and then, I'll pull him out for a base diorama or something. But, he mostly stays tucked away. As I enjoy figure examples like TNT in my collection, though, I am happy to have to him. However, your collecting focus will probably be the best determination of his collecting value to you.

While I'm set for TNT, I would still like an Argentinian exclusive Satan or Ninja-Ku figure. Also, I'm still trying to determine if Flint was released in Argentina. If so, I'd be interested in one of him, too. If you can help, email me. 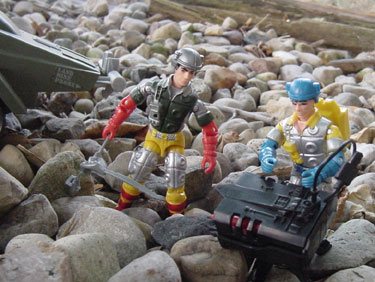 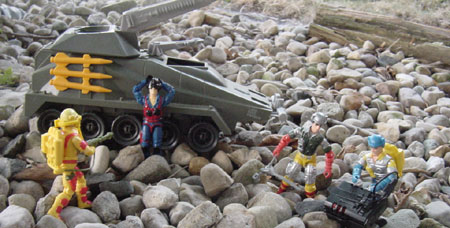 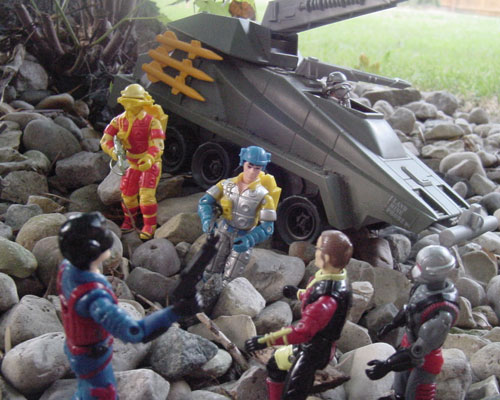 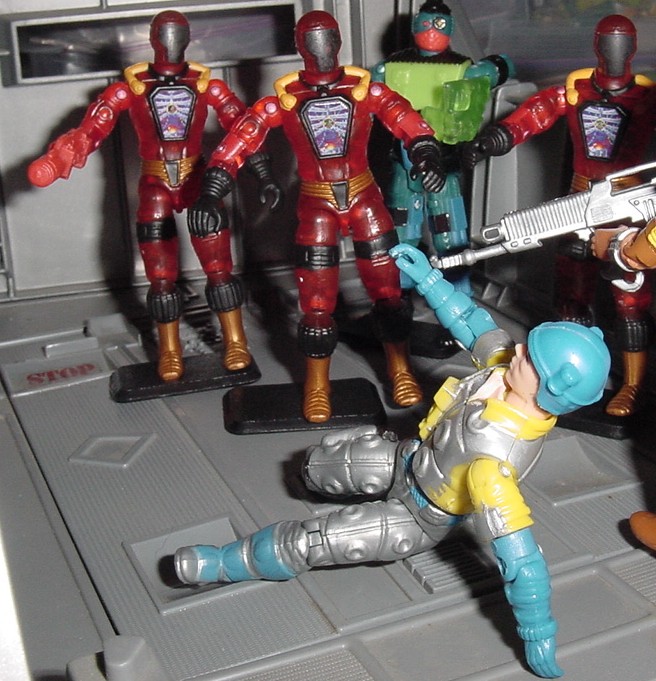 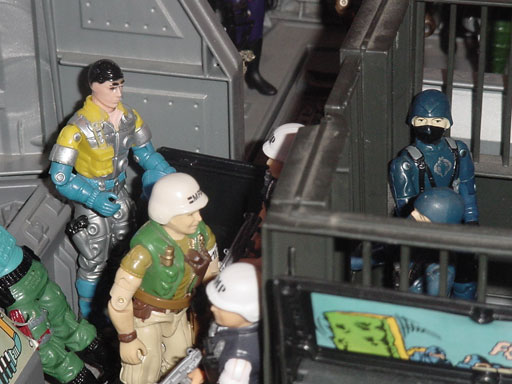