Well over a year ago, I profiled a later edition of the Metal Head figure. While that figure now represents a new character in my Joe world, the Metal Head character is still alive and well. The primary reason for this is simply the fact that the original Metal Head figure is of such high quality. He offers a solid mold, good color scheme and a wealth of very cool accessories. As such, he is the subject of my latest profile.

For many people, the Metal Head character is simply considered a lamer replacement of Scrap Iron. while their specialties are similar and their gear is reminiscent, I consider the characters two distinctly different entities. Scrap Iron is the weapons creator while Metal Head is the slightly maniacal tester who uses Scrap Iron's creations in the field. I consider Scrap Iron more scientific in nature while Metal Head is the true warrior. As such, I can use the figures in conjunction with each other as a complement to each other's innate talents rather than have them as too-similar enemies.

Metal Head was supposed to report to Destro. As such, his color scheme more closely matches that of the Iron Grenadiers than true Cobras. However, the subtle mix of black and dark red works in a way that ensures you know this figure is a villain. His off white accessories complement him well and make the figure very realistic and usable. Like most 1990 figures, Metal Head comes with tons of accessories that, while frustrating modern collectors looking for a complete figure, allow the figure to be more useful than just the basic molding would indicate. Still, the figure itself is nicely detailed. It's just that the black hides most of them and gives the figure a banal appearance at first glance.

I like this figure for many reasons. Among them is the fact that I remember this character vividly from his first comic appearance. This was during a time when I was out of Joe toy collecting, so the comic was the only exposure I had to this figure. My first exposure to the Metal Head figure came in 1991 when I babysat a kid down the street. He had most of the '89 and '90 Joes that I had not seen. Among them was Metal Head. I quickly took to the figure for his sleek look, solid color scheme, and cool accessories. He was almost enough to get me back into buying Joe figures. Alas, I didn't so it was several years before I managed to add Metal Head to my collection. when I did, though, he was the figure that I remembered and enjoyed.
While I use the later Metal Head as a new character, I use this figure as Metal Head. His accessories make him the type of figure for which I have to find a use. I use him in his capacity as a walking anti-armour weapon. He is not among my new, younger Cobras. Instead, he is more of an older warrior who works for the character portrayed by Sea Slug. He mainly works alone, but does lead some troops, like the new Fast Blast Vipers, into battle. For the most part, though, his weapons make him the type of character who works better on his own rather than as a leader of troops. (Though I would hate to see what a launch of those missiles by his head would do to him were he not wearing his helmet!)

Metal Heads, for the most part, aren't too tough to find. However, getting him mint and complete can be frustrating. There are two distinct Metal Head molds. One has very brittle, thin pegs on his legs to hold his missile launchers. The other has thicker, more sturdy pegs. Neither seems more difficult to find than the other, but the thinner pegs tend to break easily, especially when they are used for their intended purpose. Still, even mint and complete, Metal Heads won't cost you too much to justify. He is a lesser known villain figure and not one who has a terribly strong fan following. He is, though, a great figure and one that adds a little Cobra variety to your collection. I've long used him and see him remaining an important part of my collection for some time.

I'm set for American Metal Heads, but will probably need some help in acquiring the Funskool Metal Head that is slated for release later this year. As we're a ways out from that, though, what would you like to see the Funskool figure look like? This version or the '94? Let me know. 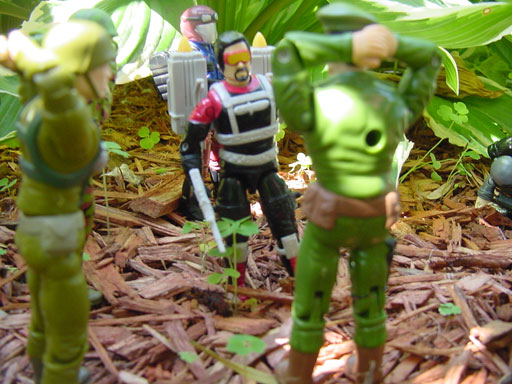 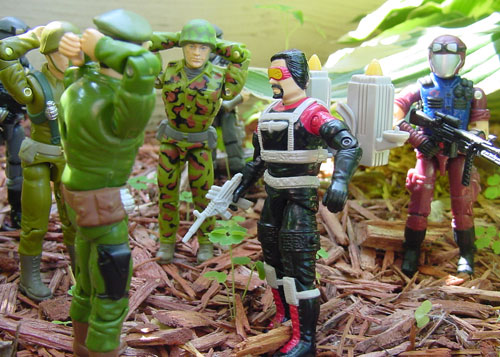 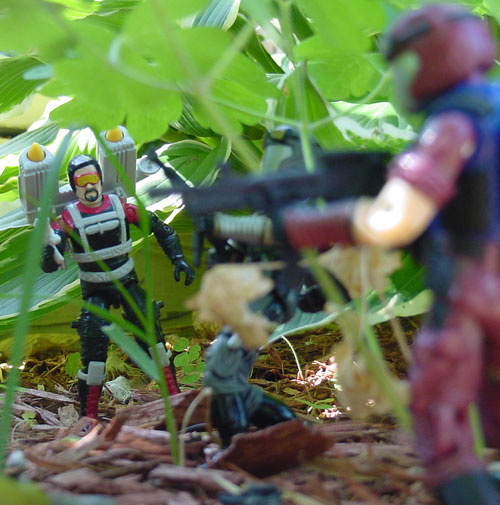 Posted by Robot_Sonic at 11:07 AM
Email ThisBlogThis!Share to TwitterShare to FacebookShare to Pinterest
Labels: 1990, Metal Head