Back in late 1984, Hasbro gave G.I. Joe aficionados everywhere a nice, early Christmas present when they released the first three figures from the 1985 figure assortment, the Dreadnoks, early. I managed to find all three Dreadnoks at a Sears store just after my birthday. Of course, being much younger at the time, I was only able to buy one figure for myself to have so close to Christmas. While Buzzer and Ripper looked very cool, I wanted a cutting torch like I had seen in G.I. Joe #29. As such, I bought Torch as my first Dreadnok figure.

Back in 1985, Torch's look was tough and intimidating. It was the perfect ensemble for a character like him. In more modern times, though, Torch now looks very dated and cliched. As such, he is kind of a joke among contemporary collectors. While Ripper and Buzzer still have some referential basis that keeps them semi-realistic, Torch's look has taken on a whole next context since 1985. Does that make the figure any less cool? I would have to say that, yes, it does. Of the original three Dreadnoks, Torch is far and away the least popular. Buzzer and Ripper have eclipsed him as have some later Dreadnoks such as Road Pig and Gnawgahyde. His sculpt is decent enough, but lacks the defining characteristics like Buzzer's ponytail or Ripper's mohawk. It has left Torch as the forgotten original Dreadnok.

In his heyday, my Torch was a one man wrecking crew against the Whale. (I acquired them around the same time.) His torch destroyed the hovercraft's attached weapons and left the crew defenseless against the attacking Rattlers. As I acquired the rest of the Dreadnoks, his destructive tendencies only increased. He joined his compatriots in escalating sprees of senseless destruction. Often, these were aimed at Joe convoys or bases. Everything finally culminated in early 1986 when the Dreadnoks took on a Joe team out in the snow. While the adventure was fun, I lost Ripper's gun in white wasteland. With this accessory gone and the '86 figures starting to show up at retail, I started to lose interest in the Dreadnoks as a whole. When I found Ripper's gun after the thaw, not even that was enough to return the Dreadnoks to prominence. Zarana, Zandar and Monkeywrench were of the different construction that helped push the original sculpt Dreadnoks into obsolescence.

As characters go, Torch is pretty basic. While Buzzer had the type of characterization that allowed for some storytelling, Torch and Buzzer were one dimensional foils who were interchangeable except for their look and their accessories. They were uneducated (actually, downright dumb), illiterate thugs who made the perfect blind follower for a charismatic leader like Zartan. In that capacity, Torch works as a supporting character who makes Zartan and Buzzer more complex and complete characters. However, it does not make him all that interesting on any level beyond as a member of his gang. This is not a bad thing, as it shows that part of Joe's overall complexity was heavily rooted in having simple characters. Using archetypes allowed people to use figures in different ways and develop a Joe universe of their own. This, above all else, was the key to Joe's enduring legacy.

In the mid '90's, I had very few Joe figures available to me. Among my newly acquired '92-'94 figures, I also had one small box of old, beat up figures. Among these was a Torch figure. This guy became my standard criminal fodder as I developed my security forces. He was either a quickly killed pawn in some criminal scheme or a malcontent rogue who was forced into flight by the relentless pursuit of my Joe security teams. Either way, Torch often ended up dead or in jail. It was a fun way to still use the figure without having him be a long standing Joe character. Beyond that, though, my use of the figure is limited. I like the Dreadnoks but find my Joe world gravitating towards Cobra and their military armies rather than smaller subgroups that don't have a military aim. From time to time, I'll take advantage of the Dreadnoks as a break from the standard Cobra fare. However, those breaks are fewer and farther between now. While the figure remain nice, they just no longer really mesh with my hierarchy.

Torch figures are pretty easy to find. Even complete, you can easily get them for under $10. However, the figure is prone to discoloration as well as paint chipping, especially on the skull necklace. As he was released during the height of Joe's popularity, though, I don't think there will ever be glut of Torch figures. He was released in both Argentina and Brazil, but in a color scheme very similar to the American version. He is one of the few Dreadnoks, though, who was not released in India. I've always found that odd and think the mold must be gone since he never appeared there. Regardless, Torch figures are never considered a key component of a Joe collection and are priced accordingly. For me, the original three Dreadnoks forever define their genre. As Torch is a part of that small group, he does have a place in my collection. However, it is just not a very prominent one, anymore.

I like Torch, but have all of them that I need. I would like to see him make an appearance in the new sculpts, though. Would you? 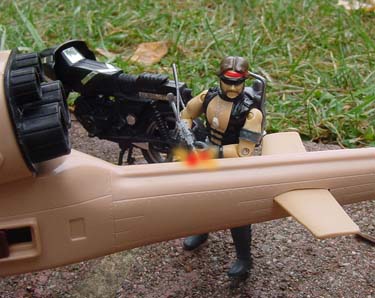 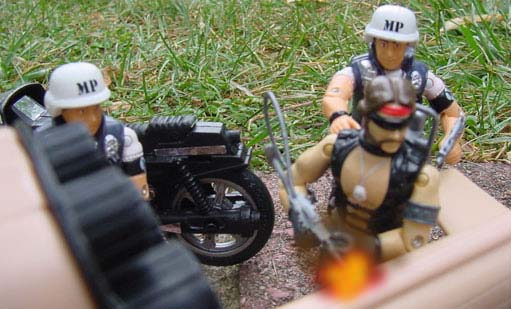 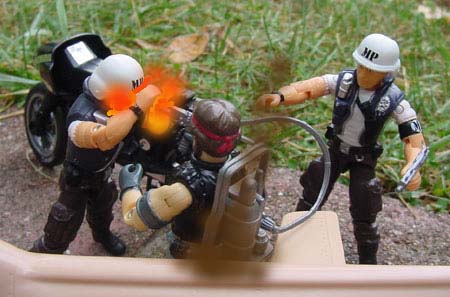 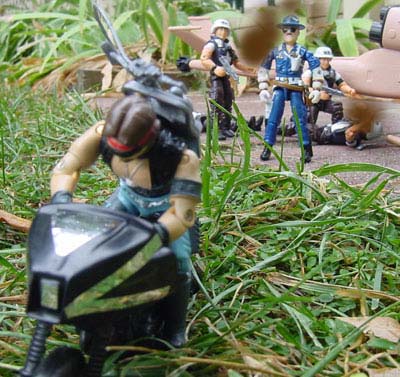 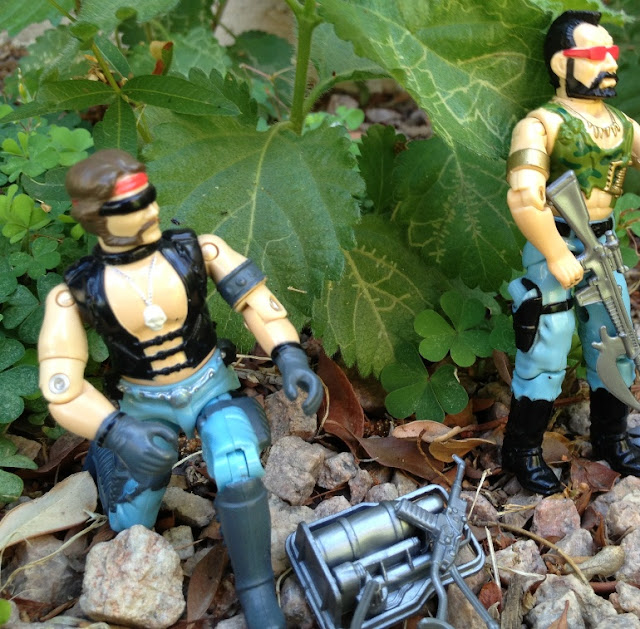 Posted by Robot_Sonic at 9:43 AM
Email ThisBlogThis!Share to TwitterShare to FacebookShare to Pinterest
Labels: 1985, Dreadnok, Torch