One of the things I most enjoy about the new Joe line is that they have brought back the small, lower price point vehicles. While some of the designs on the new toys aren't all that inspiring, the fact that you can get a small vehicle and a figure for under $10 is a nice addition to the line. It harkens back to the line's heyday when the Joe line covered the gamut of all price points. The figures were sold for under $3 each and you could get a nice assortment of small vehicles and playsets for not too much more than that. If you had more money, you could spend it on classics like the Snow Cat or AWE Striker. This continued all the way up to the $100 Aircraft Carrier. As a kid, though, I was always most impressed by the smallest vehicles. They were often the first to show up at retail, were affordable so I could get them without having to save up for a few weeks, and were marketed to be used with the newly released figures. (The only reason I originally wanted the V1 Wet Suit figure was so he could pilot my Devilfish like it was shown on the box.) One of these small vehicles that I still use to this day was the immortal 1985 Ferret.

Back in the mid-'80's, the little all terrain vehicles enjoyed a brief moment of popularity. Joe cashed in on the fad with this Ferret. However, unlike later cheesy attempts to capitalize on a fad, the Ferret actually worked and remains a staple of most people's collections. The four-wheeler is small, but not small as to be useless. It easily holds 2 figures, has a side mounted heavy machine gun, a front mounted swiveling, double-barrelled machine gun, side mounted missiles, working steering, rubber tires, and a working removable storage cover on the back that could hold small guns or the hook that came with the Crimson Twins. That's quite a bit to pack into something that easily fits into the palm of your hand and shows the level of attention paid even the smallest parts of the vintage Joe line. It has left a legacy that is hard for modern toy lines to achieve.

I still remember the night I got my Tomax and Xamot figures. It was in the spring of 1985. G.I. Joe #37 had already come out and I (and every other kid in America) was on the lookout for the Crimson Twins. I had had a Ferret for some time, but really didn't use it as I was saving it for the CG Commanders. When I found the twins on a Friday night, I took them home and spent a while trying to open them up without damaging their cool packaging too much. When I did so, I stuck both of them on Ferret, dug out Flint, Footloose and my Armadillo. I then had the Joes chase the twins around the house for the rest of the night. The two little vehicles and the combination of classic figures left a lasting impression on me.

Now, I use the Ferret as one of Cobra's support vehicles. Basically, Cobra uses it to supplement the larger vehicles and for surveillance around their set positions. The heavy weaponry makes the Ferret valuable in these situations. However, the mobility of the vehicle makes it useful in other ways that would not require combat capabilities. It is the versatility that makes the Ferret so much fun to have. It can be used in a variety of ways and looks realistic doing any of them. It has great detail but still maintains overall style and usefulness. From a vehicle that was so cheap (originally), that's an awful lot of features and is indicative of why collectors, to this day, still enjoy the Ferret.

Even with lots of small parts, complete Ferrets aren't too hard to find. You can even get them rather cheap without looking around too much. Usually, though, if you get one in a lot, it will be missing the hose from the gun to the chassis, at least. As this doesn't really detract from the vehicle's usefullness, though, a lot of people will put up with it and enjoy the Ferret for what it is. Be on the lookout, though, for the mail-in Ferret variant. It is slightly lighter blue than the retail release Ferret and is a bit tougher to find. Even it, though, isn't something that is unattainable for the average collector. I enjoy vehicles like this. I like the fact that I can easily still acquire nicely conditioned Ferrets without too much difficulty. It just makes an old friend that much more special as it is always available. Fewer and fewer vehicles are like this, these days. As the Ferret is, though, it allows me to continue to use it in my collection without the fear of being unable to replace it should it break. That's the type of thing I look for in a Joe toy and keeps the Ferret as one of my most used Cobra small vehicles.


I have fond memories of the Ferret and still enjoy pulling it out every now and then. What's your favorite small vehicle? Let me know. 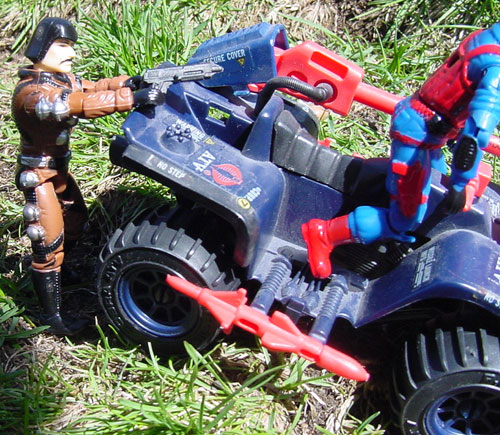 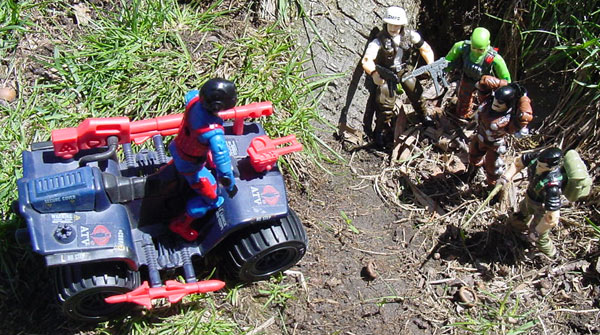 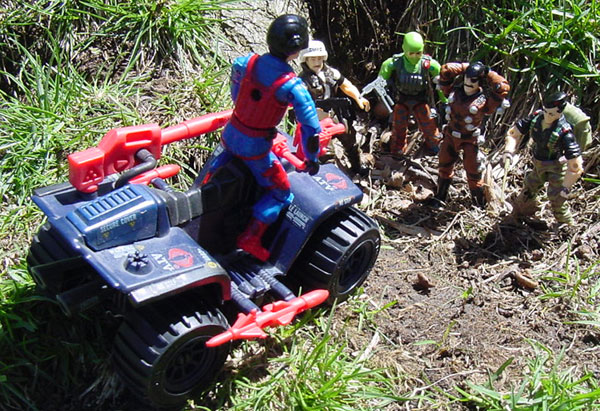 Posted by Robot_Sonic at 8:45 AM
Email ThisBlogThis!Share to TwitterShare to FacebookShare to Pinterest
Labels: 1985, Ferret, Vehicles