I have already examined the Lowlight character twice before. While this original Lowlight sculpt is more widely regarded by collectors as the definitive Lowlight look, I've always preferred his second mold that was released in 1991. (I examined the Dino-Hunters version as more of an example of a rarity than a true figure I might use.) However, the original Low Light mold remains a very nice figure that has a decent collector following.

I can still remember the day I got my first Lowlight figure. My parents had taken my brothers and I to a park for the day. On our way home, we stopped at an out-of-the-way Children's Palace store. (Sadly, while that CP has been closed for nearly a decade now, the building still sits there, vacant and decaying. You can still see the outline of the Children's Palace sign on the building's facade. It's very much a ghost of the past.) As this was the late spring of 1986, when I went into the store, I had a choice of just about every figure who was released that year. At this point in the year, though, I already had the majority of the cooler figures and was looking for someone I still needed. While I had previously passed Lowlight by for other figures, the time seemed right for me to add him to my collection.

Once I had the Lowlight figure, though, I found using him somewhat difficult. His specialty made him useful on certain missions, but I found it limited his effectiveness on an infantry mission. Many was the time when I would strategically place Lowlight into a tree or bush with the intention of having him snipe away some Cobras during a battle. Inevitably, though, I would forget about Lowlight and not remember him straddling a branch until it was time to go inside and my count of figures was off by one. As such, I've long felt that the idea of Lowlight was actually a lot more fun than using the actual figure. Sure, I had some one on one sniper battles and some scenarios where Lowlight had to take out a Cobra leader and then escape with his life. However, these were more one-off situations that were undertaken due to time constraints rather than full-blown parts of my childhood continuity. This left me with the notion that the Lowlight figure just wasn't very useful.

Now, not much has changed on that front. However, I do appreciate the figure more. His high quality sculpt that utilizes only a few colors to create an aesthetically pleasing figure full of detail is a perfect combination with his excellently done accessories and leaves us with a figure that has only one real shortcoming. That, of course, is the figure's head. I've just never felt that Lowlight's head fit with the rest of his body. It seems disproportionately large for his body and the shock of blond hair just doesn't go with Lowlight's overall night motif. Yes. That means I'm in the definite minority where I feel that Lowlight is better represented by his dark haired molds rather than his blonde coif. Aside from this, though, the figure is one that I would consider a must have for anyone whose collection stretches beyond the most basic characters.

This mold of Lowlight has been around. After his initial release in 1986, the mold went off to Brazil. There, Lowlight was issued in colors very similar to his American release. In 1989, Estrela produced a series of figures for Hasbro called the Slaughter's Marauders. While the colors have left a sour taste in many modern collector's mouths, the mold selections have not as the Marauders featured a host of characters that had been out of production for some time. As those figures were produced in Brazil, though, there are some quality issues with them and many SM figures to this day suffer from broken thumbs and crotches. After this American release, Estrela released Lowlight again, though in his Slaughter's Marauders colors. This leaves 2 distinct versions of each of Lowlight's color schemes for collectors to track down. From there, this mold was not seen for over a decade. However, in 2003, it was shown as part of a planned exclusive figure set that eventually morphed into a Wal-Mart exclusive paratrooper themed venture. However, this set has now been cancelled and the return of this mold is left in doubt. I know that many would like to see the original Lowlight at least one more time. If the mold is in Hasbro's possession, hopefully they will consider that.
One other thing of note. Lowlight's gun has a variation. Early Lowlight's had a gun with a very thick handle. This lead to lots of broken thumbs. In their efforts to improve the figure line, Hasbro fixed the gun and later versions have a thinner handle that isn't so hard on the figure's hands. Neither version seems particularly harder than another to find, but it is something to keep an eye out for.

Finding a Lowlight figure isn't too hard. He was produced in ample quantities during the height of Joe's popularity. Even the fact that he has very brittle paint and lots of places where it wears poorly doesn't make it difficult to find a mint figure. His accessories are a bit harder. Actually, just one accessory is hard, the bi-pod to his gun. While no where near as difficult to track down as Dusty's bi-pod, this little piece that attaches to the end of his gun barrel can be problematic. The good news, though, is that Lowlight was released twice in the U.S. and that helps the overall availability of his accessories. As such, mint, complete Lowlights shouldn't cost more than around $10 or so. For a figure like this, though, I'd still recommend finding a nice '91 version to represent the character. He is cheaper, cooler (at least in my opinion) and has better accessories. Still, as this original version is still very affordable, there aren't any compelling reasons not to add him to your collection. While I still appreciate the mold, I just don't use this guy anymore. I think I'm still in the minority on this point.

While I prefer the '91 Lowlight mold, I wouldn't mind this figure seeing another repaint. Would you? Let me know. 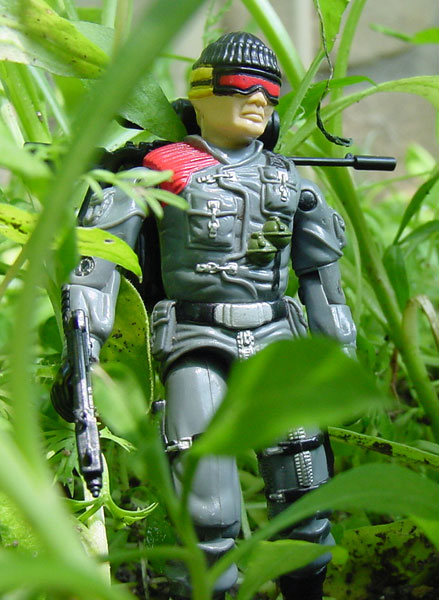 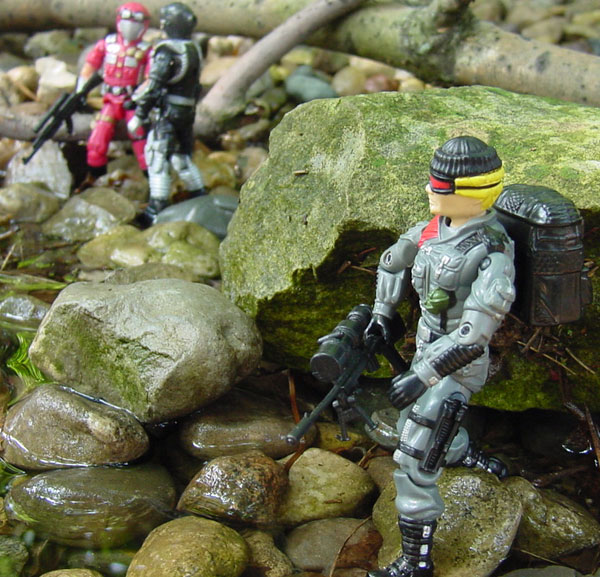 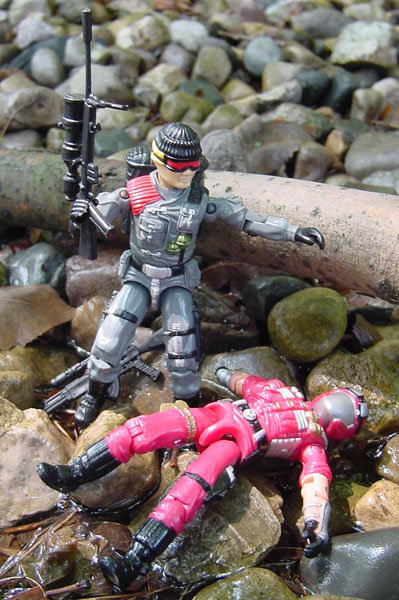 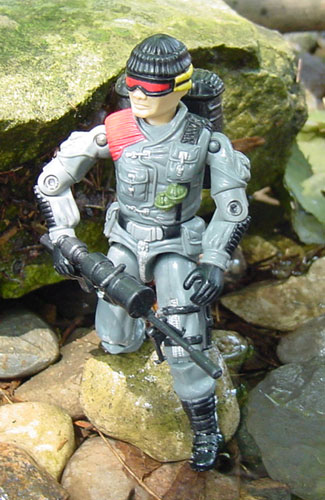 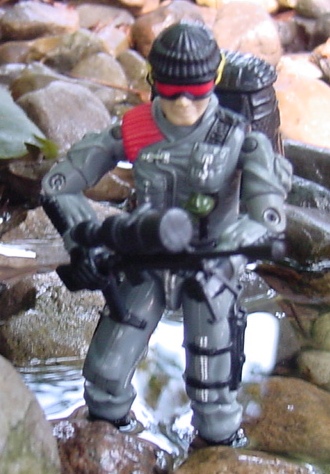 Posted by Robot_Sonic at 10:10 AM
Email ThisBlogThis!Share to TwitterShare to FacebookShare to Pinterest
Labels: 1986, Low Light