Back in late 1998 and early 1999, I was just starting to massively grow my Joe collection. At that time, Ebay was simply the place to go as you could buy lots of 25-50 mint, complete figures for about $2 per figure. These were mostly what I would term "first run collections" in that they were people who were selling their childhood collections, not collectors who had spent time putting a collection together. As such, you tended to get a good mix of figures with few duplicates. The downside was that figures who were "rarer" (meaning mail away or who were only included with larger, more expensive vehicles) tended to be harder to get. Rarely were there more than one or two of them in a lot that might be otherwise complete for a specific time period. In one of my earliest lots, though, I managed to get lucky. Not only did I get a Major Storm and Decimator figure, the lot also contained the subject of this profile: Long Range.

Long Range is the driver of the ThunderClap. It is, basically, a massive cannon mounted in between two towing units. As a toy, though, it is kind of neat to see. However, after I managed to pick up a really poorly conditioned example, I realized that the idea of the ThunderClap was better than the execution. The toy was simply too small for what it was intended. Not enough figures fit onto the vehicle and the some figures will not even fit into the cockpit of one of the towing units. This really soured me on the whole thing and left me wanting another artillery vehicle for Long Range to use. To this day, though, I have not found a replacement. The ThunderClap was intended to be a Joe equivalent of the MAGGOT, only on steroids. No other vehicle that I have managed to acquire really fits that bill. Sure, Joe has tanks and such, but none of them are truly set artillery pieces like the ThunderClap. Perhaps the release of the Patriot tank later this year will fill that void. Time will tell.

As a figure, Long Range is actually well done. Even as late as '89, Hasbro was still putting solid efforts into the lower production vehicle drivers. His blend of greys and soft greens actually works and to create a figure who is a lot different from most other Joes out there. He stands out not only in color but in mold. Long Range appears to be wearing body armour that would be befitting someone whose main job entailed sitting on top of a HUGE gun and all the ordinance it needed. Aside from the molded accoutrement's on the Long Range mold, he also came with a helmet and a small pistol. The pistol is about the size of Chuckles' gun but has a scope mounted on the top. It is an awesome little weapon and makes for a great piece that meshes with many other figures in the line. His helmet is less interesting. It is rather large and futuristic and makes Long Range's head appear too large. Based on the artist renditions of Long Range that are out there, though, this appears to be more a case of the toy creation technology at the time not being able to produce the level of desired detail on a piece that small rather than a true conceptual design problem.

My first encounter with Long Range was in the comic. At the time, I was not buying the toys so I had no idea of what his figure was like. However, his odd portrayal as a math nerd kind of stuck out and I remembered the character for some time. In looking at his filecard again, it seems to me that, had things gone a little worse for him at some earlier stages of his life, Long Range might have turned into a Dr. Mindbender type villain. Instead, Long Range turned out good, though he still remains highly eccentric. With this characterization, I've found uses for Long Range as one of the many, peripheral, support characters who appear from time to time in my Joe world. He is not a major player, but is someone who is brought in for specific missions. He is another example of the secondary characters who make the Joe line so enduring. He adds depth to the line without having to be involved in every aspect of Joe's activity.

The first Long Range figure I acquired did not have his helmet. I actually found this beneficial as something about his countenance struck a chord with me. As such, I used the figure as a senior officer who often found himself battling Cobra. He was not a Joe at the time, but was usually in charge of installations that Cobra kept targeting. As he showcased his leadership and was able to repel a few of the Cobra operations, the character was invited to join the Joes. At that point, I assimilated the character and gave him a new figure to represent the character. After I managed to pick up another Long Range that included the helmet, I was able to start using Long Range as the artillery operator he was intended.

Mint, complete Long Range figures are actually kind of hard to find. In addition to him being a lower production run figure, Long Range includes one of the smallest (and coolest) pistols in the history of the line. As such, finding a complete figure takes some time. The good thing, though, is that collectors do not seem to have discovered Long Range, just yet. That has kept him from garnering too much attention and has kept his figure affordable. In time, I'm sure that Long Range will have his moment in the sun (kind of like Major Storm is now) and that will increase the attention collectors pay him. Until that time comes, though, Long Range remains an affordable figure, though one who can be problematic to find. For me, I'm glad I've got this figure. He remains one of those guys that I enjoy using, but often forget about until it's too late. As I don't have a ThunderClap, it's often easy to overlook Long Range when I'm setting out an armour crew. Maybe, now, I'll be a little more thorough and remember this hidden gem in my '89 figure drawer.

I'm set for Long Range figures. What do you think of this guy? Would you like to see him repainted in the modern line? Let me know. 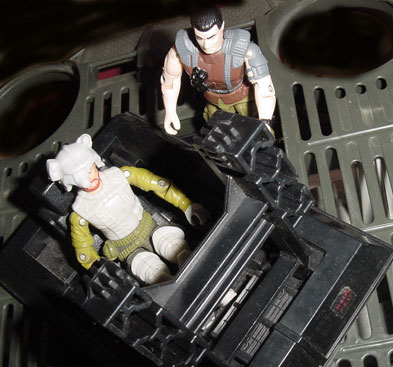 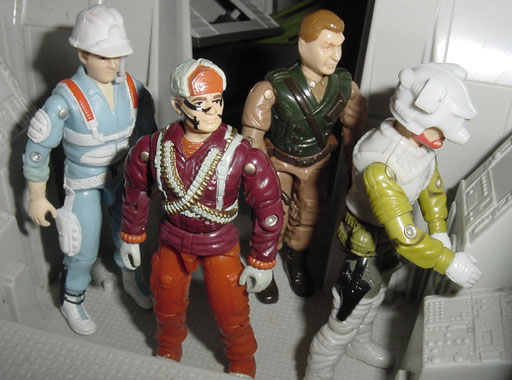 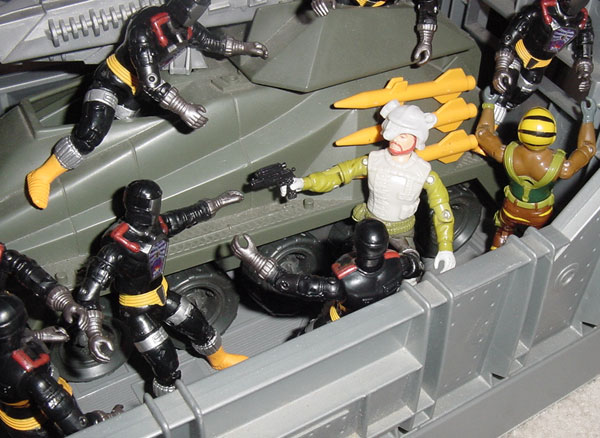 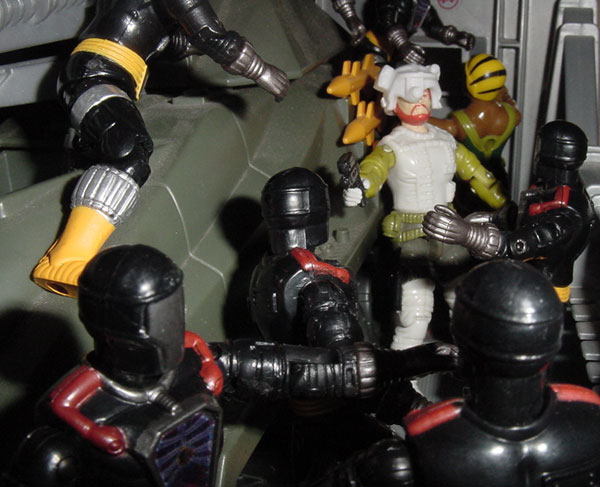 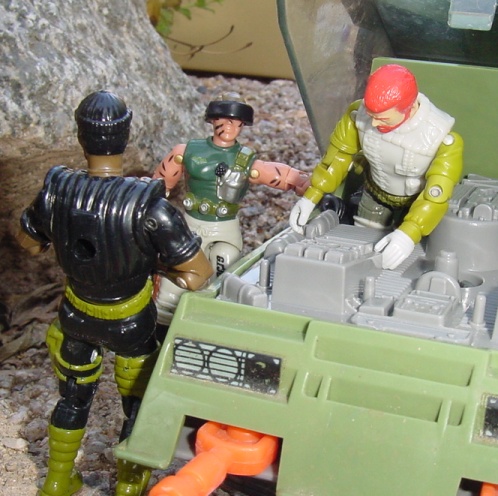 Posted by Robot_Sonic at 10:08 AM
Email ThisBlogThis!Share to TwitterShare to FacebookShare to Pinterest
Labels: 1989, Long Range, Vehicle Drivers