It's been a long time since I profiled a Falcon figure. Despite the fact that I like this mold and think that most of his figures were well done, I simply haven't been compelled to showcase this mold. I've long preferred Flint as the bereted leader of my Joe forces and have often considered Falcon to be second fiddle. This is not meant to demean Falcon or his place in the Joe mythos. I still use the figure and have a place for the character. I just try not to use him in conjunction with Flint as their looks and uses are very similar.

As a mold, Falcon is really hard to beat. He is about as realistic a soldier as was ever released in the line. His cammo pattern is top notch (and hard to spot if you drop him in the grass) and fits in perfectly with the incredible detail on the mold. Falcon really showcases the toy designers of the time's skill as he packs a large amount of detail into a mold without it becoming distracting. On top of this, he came with excellent accessories that complemented him perfectly. His pack, with the removable knife and antenna, added a new dimension to the figure and made him much more valuable as a field trooper. His shotgun was designed to be used in different hand positions so that the figure could be posed realistically and still used in a way that was more conducive to play. These little features were the type of things that allowed Joe to transcend its contemporary toy lines and become such a giant on the retail shelves.

As a character, Falcon had some airplay. However, in regards to this, I have a confession to make. I have never seen G.I. Joe: The Movie. I know that Falcon was a major character in it, but I have never seen it and can't comment on what part he really played. My reasons for this are varied but mostly lie with the fact that, as an adult, I think I would find the movie hokey and would find myself grimacing throughout the tale: unable to enjoy it even on a nostalgic level. (This is the same reason I'll avoid the new Joe Spy Troops movie and any cartoon that arises out of that. I simply do not have the interest in any endeavor.) The nice thing about this is that I have been able to avoid much of the comic vs. cartoon debate that seems to permeate throughout fandom. I'm sure that I've missed something by not seeing the movie. I just don't wish to jeopardize my take on Joe by associating something I would not enjoy with something I do.

Falcon's role in my collection has evolved over the years. He started out as a young officer trying to make his mark. From there, he developed into a solid soldier who, while able to lead, was not overly comfortable in positions of responsibility. Now, Falcon is more of a veteran and my new Joe commander (portrayed by the General Flagg figure) is hell-bent on turning Falcon into a top-notch field commander. This means that Falcon often finds himself over his head and stuck with green recruits. He has to prove that he can lead his men out of situations like this if he wants to grow as a commander. My new Joe leader knows that the fate of the Joe team (and their ultimate success) lies in their ability to develop leaders from within. That way, the Joes know the strengths and weaknesses of those who lead them and are not as susceptible to surprises in combat.

The Falcon mold was used three times: this figure, the 1988 Night Force version, and the previously profiled Super Sonic Fighter figure. His legs were then used on the 1993 Leatherneck figure. So, when Hasbro pulled the mold back out for the 2003 Convention release, they found the legs were separated from the rest of the body and ended up substituting them with legs from '82 figures. In my opinion, this didn't work all that well. Should Falcon ever see a return engagement in a more widely available repaint set, I would hope that the advance time would allow Hasbro to track down the original legs (assuming they are not in Brazil!) or, at least, more suitable replacements that don't make the figure look disproportional. If this can be done, I'd welcome another Falcon release. The figure is solid, though he has been colored in so many ways that it would be difficult to find a way to give him some uniqueness. Perhaps an arctic Falcon would be a way to go. I don't mind repaints that give us something new. Having a repaint that is too similar to the original just leads to blandness in the overall line and collector malaise towards a previously liked mold.

A few years ago, a mint, complete Falcon would have set you back $12-$15. At that point, most collectors were still after their "core" figures and considered Falcon an integral part of a collection. Now, though, most collectors who want a Falcon have one. As such, you can now get them for substantially cheaper. While some Joe prices have gone through the roof in the past few years, a lot of Joe affiliated figures, like Falcon, have fallen in price. This is nice as it allows new collectors an opportunity to acquire figures like this without breaking the bank. (That will come when it's time to acquire Cobras!) Going forward, I don't think we'll see a reversal of this trend. As this still allows collectors to get into Joe without a major financial commitment, it is good. I like the Falcon figure and use him fairly often. (He's one of my second-tier figures who comes out when I'm tired of the main guys.) As this figure is well liked, I'm not alone in this.

While Falcon is a major character, I would prefer to not see his ARAH mold again unless it is something new. However, I do think he would make an excellent candidate for a new sculpt. Hopefully, that will be something we will get to see in coming years. 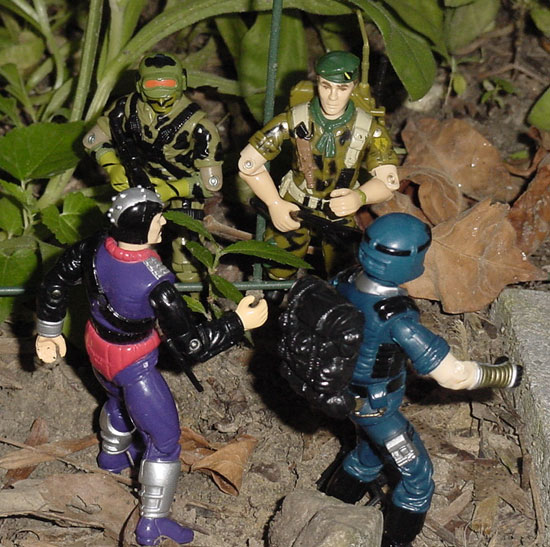 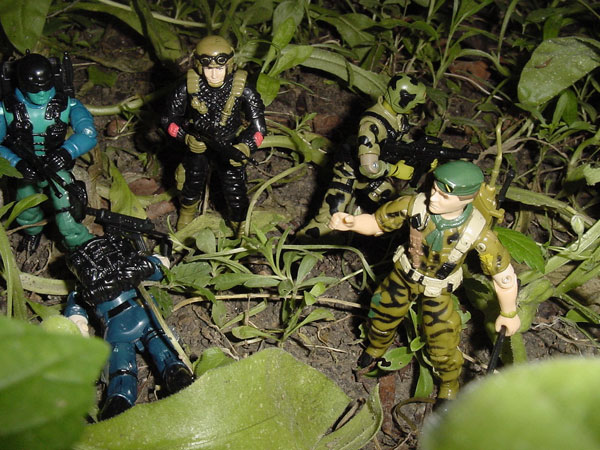 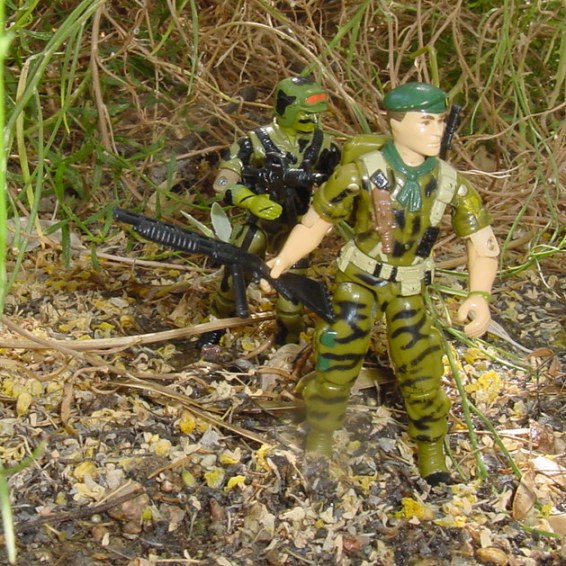 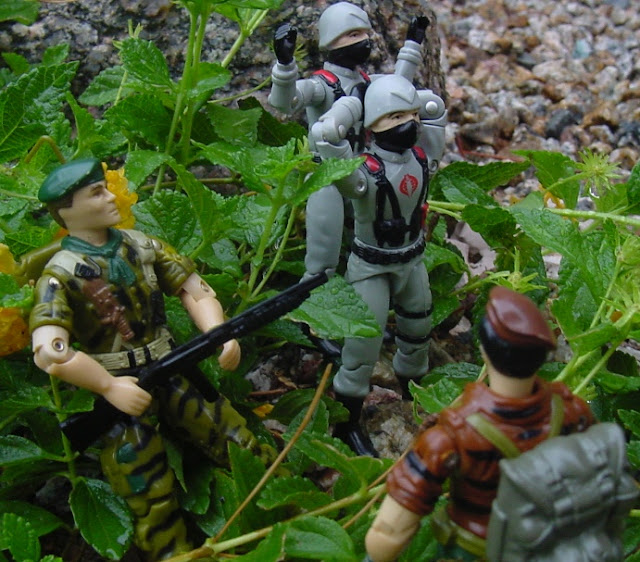 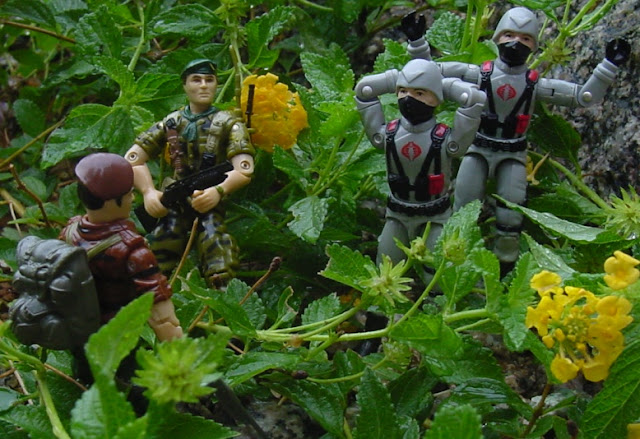 Posted by Robot_Sonic at 12:56 PM
Email ThisBlogThis!Share to TwitterShare to FacebookShare to Pinterest
Labels: 1987, Falcon