Destro has always been a problematic character for me. As such, he is probably the least often profiled major character on my site. In my earlier profile of him, I described him as a villain with honor. This, though, has intrinsic problems that make the character simply no longer work for me. In my view, Destro's honor does not free him from culpability for his evil deeds. Destro may be totally honest and above-the-board in his business dealings. However, he is still responsible for reprehensible actions and that makes him, at his heart, evil. This is somewhat of a different idea of the Destro character than appears in traditional Joe cannon. The interesting thing about it, though, is that this has freed Destro from many of the trappings that I felt held his character back. With my new sentiment in place, I am free to concoct a slightly different take on Destro. This figure gave me the catalyst to really explore Destro's origins. I'll be interested to hear what people think about them.

On first glance, this figure is a bit odd. It is not quite Destro as we have come to know him. Sure, the mask is there. (And it's actually shiny chrome! This is a very welcome addition that really makes the figure stand out.) The rest of Destro's outfit is a tad retro. While Destro has always been the most stylish Cobra villain, this look takes his fashion sense to a different level. The combination of maroon pants and a form fitted black shirt give the figure some color while not making him obnoxious. His trademark medallion is still there, though it is now over his shirt. The look is less regal and less combative and borders on leisurely. It also allows the figure to represent two different takes on the Destro character.

The first take on this Destro figure is that he is a new character. While we saw a very cliched version of Destro's son in the new comic, I can see the new Joe line as existing in a different time frame. As such, rather than having 30 years of back story, Destro is a young man just starting out. It allows for a fresh take on Joe that does not have the baggage of previous interpretations of the character. If this Destro is a new, younger version, his clothes match the style from the environment from which he came. This Destro would have been a product of the early 90's and his look would reflect a hipper crowd. He is still the arms dealer that we know him as. He just has a different origin where he made his reputation in Africa and the Middle East rather than in the U.S. and Europe. When I feel unencumbered in my Joe world, I can look to this new story as a way to breathe some life into old characters.

My preferred use for this figure, though, is as a historical look at Destro's past. In the original comic, we first saw Destro in the late '60's. At that time, he was a bit more interested in playing tennis than he was international arms. As Destro's father had lived through World War II, he may have seen his son as soft. What better way to toughen up a young European aristocrat than to send him to the U.S. in the early 1970's and have him make his way in the burgeoning American crime scene. I see this figure as Destro during his days of running guns for all types of lowlifes in San Francisco. This is the outfit he wore when he was helping neophyte American street gangs go national by supplying them with guns and money. I can see this Destro sitting in trendy nightclubs, hobnobbing with the starlets of the day. American socialites would fall for his European breeding and charm. Meanwhile, South American dictatorships were meeting working with him to procure weapons they would use against their own people. On the home front, this Destro was also solidifying his reputation by actually kicking down the doors of lowlifes who owed him money and personally beating their debts out of them. While I don't see this Destro as an actual drug runner, he certainly did help fund and arm the major dealers of his day. By the late '70's, Destro had done enough to convince his father that he was ready to succeed him. He then returned to Europe where he ran MARS for 5 or so years before Destro became affiliated with Cobra.

With this origin, you might think this figure would have few uses in my collection. However, I could see Destro donning this look again during his business trips in the U.S. It is not his preferred look, but one that he will use as it still inspires awe and fear into his long time customers. (It is also a bit less dated than his open shirt, high collar look.) Really, though, this figure is just too cool to not use in some capacity. The blend of colors combined with the simple sculpt create a powerful figure that really stands out. On top of that, he has great accessories that fit the figure perfectly. He includes a shotgun that would have been beneficial during his street days. However, the real coup on this figure is the holster and pistol set. The holsters are pliable plastic that wrap around Destro's waist. Into them, you can insert his two pistols. The result is a really nice toy that shows a remarkable level of detail and quality. The new line has made great strides in the past 18 months. While this figure is excellent, I think he will yet be dwarfed by future releases.

5 years of perspective brings a different take on this figure. While I still consider this to be the best Destro released during the New Sculpt era, those figures are now, largely, irrelevant. In most cases, this is a just fate for this figure style. But, in the case of figures like this Destro, it is unfortunate. For whatever reason, this version never really took off with collectors. While you actually don't see them all that often, they are still generally disregarded. Even the unproduced version of the figure with the red shirt that would have been in a Mission Disk is pretty much disregarded by collectors. But, the truth is that even I have sold off this figure in my collection. Even prior to the 25th anniversary figures, I realized that the New Sculpt era was a waste of my collecting resources. (Though, the anniversary junk is moreso....). So, I've long since liquidated these figures and replaced them with more vintage and international characters from which I derive more enjoyment.

In the long run, this Destro is going to be incredibly easy to find. Aside from the fact that he will be the only Wave 7 figure to rival Big Brawler as his Wave's retail pegwarmer, Destro is also intended to be included in a later figure wave as well. If that figure is not repainted, it will ensure that this figure will remain available at retail well into next year. As this figure is of very high quality, I don't really have a problem with that. However, collectors tend to look unkindly upon pegwarmers and even good figures who languish at retail tend to become subjects of collector disdain. Hopefully, that will not happen with this figure. He is just too cool and does not deserve to suffer that fate.

As far as the new sculpts go, this is my favorite figure. Hopefully, this level of quality will continue as we progress with the new line. 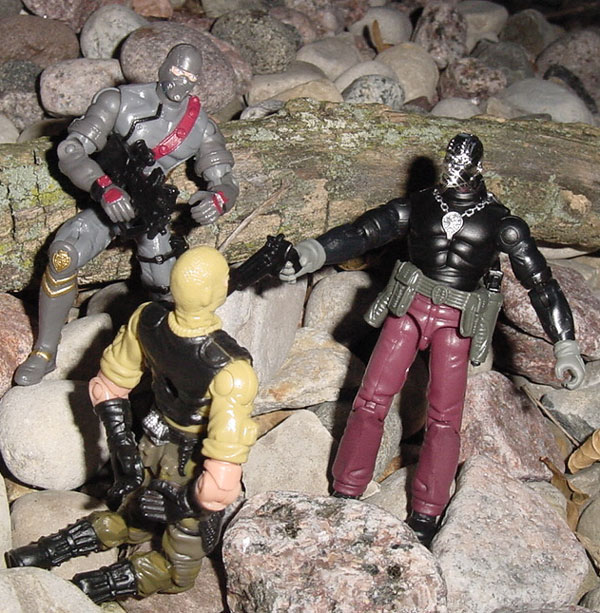 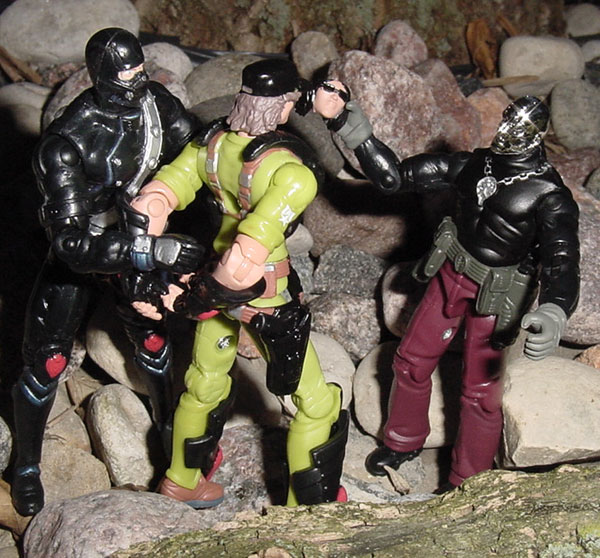 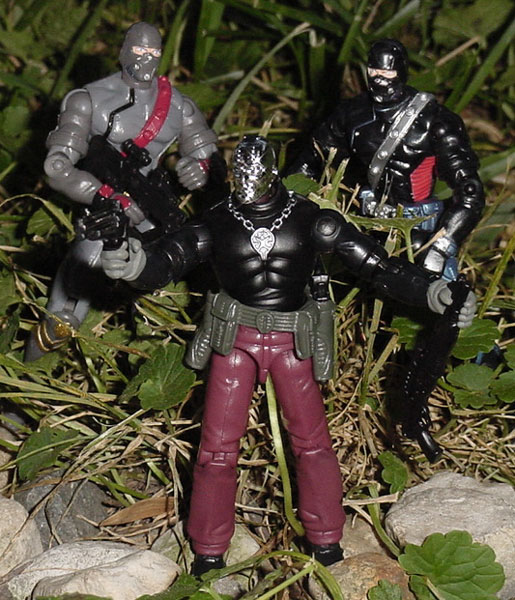 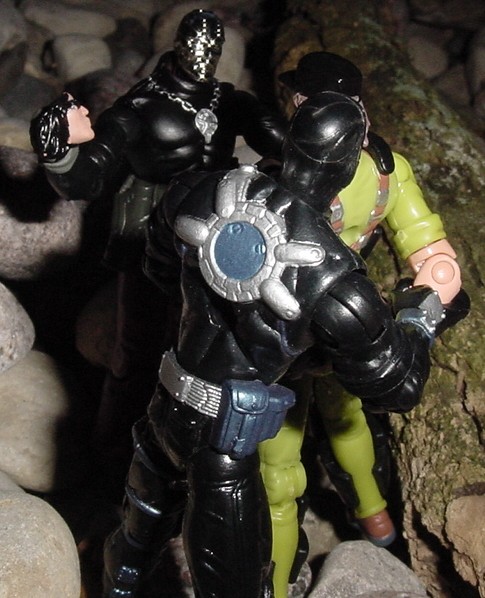 Posted by Robot_Sonic at 12:58 PM
Email ThisBlogThis!Share to TwitterShare to FacebookShare to Pinterest
Labels: 2003, Destro, JvC