Years ago, I profiled one of my favorite Cobra figures of my youth, the original Lamprey. As he was one of my original profiles, I've wanted to revisit the mold and better explain the Lamprey's use in my collection. At the time of that original profile, the only other version of the Lamprey available was the 1990 Super Sonic Fighter figure. As he is cast in neon orange, I had little incentive to profile him. In 2000, another Lamprey was released. However, this figure was very similar to the original version. And, as he was only available with a terrible vehicle that cost around $7, it simply wasn't worth acquiring more than one of them as, at the time, you could get bagged V1 Lamprey's for less than that. Finally, though, an opportunity to profile this mold again arose. The Lamprey's inclusion in the Python Patrol set allowed many collectors to take another look at the Lamprey figure. I am one of them.

To me, Lampreys are Cobra's maritime troops. They are the aquatic infantry who board ships, defend coastal positions and patrol Cobra controlled waterways. They remain fully qualified Eels and Moray pilots, but also spend a lot of time as infantry soldiers. I've always felt that Cobra was underrepresented in this regard. The basic Cobra Infantry is great for land based operations. However, if a Viper fell into the water, he would be hard pressed to escape in a timely manner as his waterlogged body armour and field pack would weigh him down. The Lampreys, though, have no such problem. Their wet suits repel water while their life vests can pull them back to the surface. I have their helmets being capable of sealing in a few minutes of breathable air so that they can remain submerged for enough time to convince an enemy of their watery demise. These little features are what makes the Lampreys Cobras troop of choice when attacking marine harbours, shipping ports or cargo carriers.

This figure, and the rest of the Python Patrol set, is remarkably well done. His paint detailing is precise and is conceived well enough that the figure works both as a stand alone unit or as part of the overall Python Patrol. The combination of black, red and gold creates a unified look that is not gaudy. The entire set actually looks like a team but the individual figures can still be used on their own or with the originally colored figures of the same mold. The entire set is a perfect example of how ARAH repaints can be done. The Python Patrol offered collectors three figures (Rock Viper, Laser Viper, and SAW Viper) that have never been repainted and have not been available since their original molds. It also offered a "new" Major Bludd that uses the head from the '94 Bludd figure and the body from the 1991 Zap figure. The result is a figure that looks like Bludd but is not a straight repaint. The HEAT Viper is just the Fast Blast Viper but with the original head. While we've, essentially, seen this figure before, the return of the original head is nice. Basically, the entire set is a great grouping of seldom seen molds that really breaks the monotony of the constant Viper and Alley Viper repaints that have comprised the majority of ARAH style army builders in the past year.

The one area where the Lamprey is a bit lacking is his accessories. The well done original Lamprey gun has long since disappeared from Hasbro production. As such, this figure possesses the accessories from the Sonic Fighter Lamprey. The small machine gun, first offered with the '88 Shockwave figure, works well with the Lamprey. As these guys are more commandos than long term field troops, a small, more controllable weapon makes sense. They also come with an original Spearhead's rifle. However, this has been modified and has an unsightly Sound Attack tab protruding from the top of the gun, rendering it useless. This leaves the Lamprey with just the one weapon, which looks paltry compared the plethora of accessories that accompany the remaining members of the Python Patrol set. However, when the Lamprey's specialty is remembered, I can forgive his lone gun. That is all he really needs to make the figure effective.

Going forward, Python Patrol Lampreys are not going to be too hard to find. Aside from the fact that the set is still readily available for order at Toys R Us.com, there are tons of collectors out there who have army built this set in incredible numbers. Add to that the fact that there are a whole lot of people out there with 20-30 PP sets sitting in storage who are speculating on PP with the hope of it pulling another 1998 Cobra Infantry Team where it sees a 3-5 times gain in price in just a few years and you can see how there will be an ample supply of Python Patrol sets available to the average collector for a long time. If you look at the size of the collecting world back in 1998 as compared to now, it was much, much smaller back then. However, my estimation is that the size of the collecting world in 2008 (hard to believe that will have been another 5 year period!) will be smaller than it is right now. As such, I don't see the long term value potential in sets like this Python Patrol. While Cobra army builders are always popular, the collecting market will be saturated with these by the time the retail supply dries up. (The same it true of the BAT pack.) So, with that said, I would enjoy these figures for what they are. They are not going to fund my retirement, but they are a neat addition to my collection. Many of these modern repaints give collectors an opportunity to re-examine some classic molds. When those molds are done up in drastically different interpretations, like with this Lamprey, it just makes any collection that much more interesting.

What do you think of Python Patrol? Let me know. 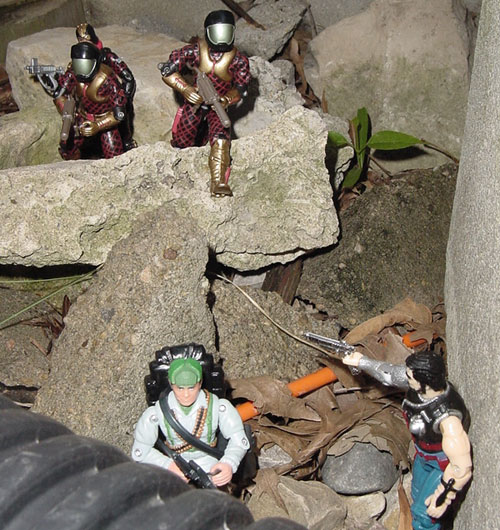 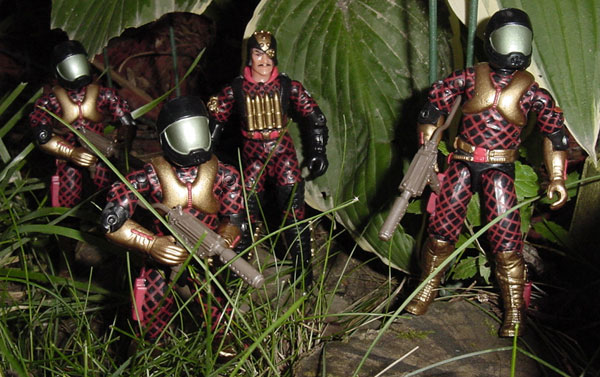 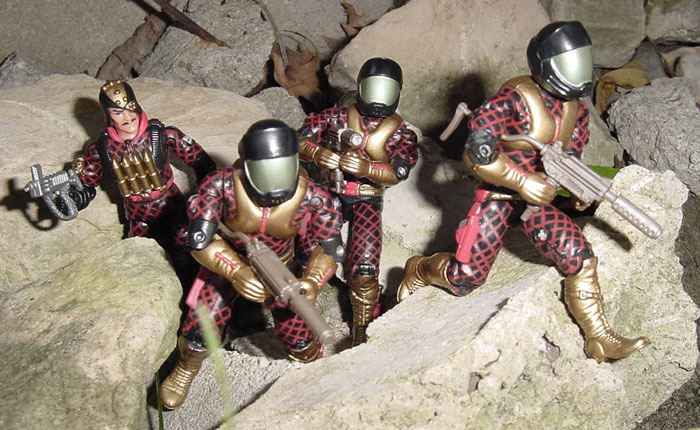 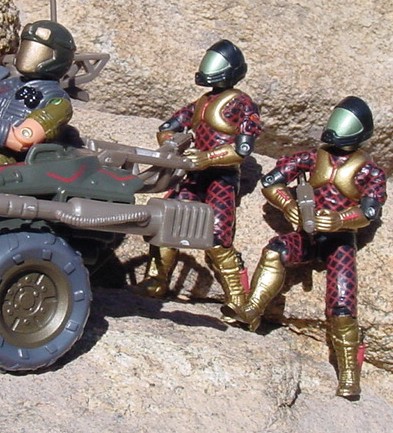