It's been a long time since I've profiled any figure from prior to 1984. The main reason is that those figures, while nostalgic favorites, tend to be smaller and skimpier than the majority of the figures from the line. Add to that the fact that most of the characters introduced in 1982 and 1983 had later figure versions that offer a more standard size and shape than the original and it becomes clearer as to why these figures don't tend to get a lot of use in my collection. However, the historical significance of the 1983 figures can not be denied. 1983 took Joe from it's humble drab green beginnings and turned it into a toy marketing force. The radical change in the way the figures were designed as well as the increased characterization really made G.I. Joe stand out on the retail shelves. While many people still consider the 1983 figures essential, I've chosen to profile one of the more obscure members of the class of 1983: Torpedo.

Back in 1983, the commercials showcased 4 main Joes: Gung Ho, Snow Job, Airborne and Doc. The two other retail released Joes, Torpedo and Trip Wire were kind of left out. This carried over the retail shelves as well as most of my friends were unable to find either Tripwire or Torpedo until the summer of '83 was almost over. However, the Torpedo figure was worth the wait. I first saw him in August of '83 and was immediately hooked by how cool the figure was. Torpedo is covered in small little details that really accentuate the fact that he is a combat diver. Combining that with his cool color and really remarkable accessories created a figure that still works well today.

As Torpedo wasn't really one of the major players of 1983, he is somewhat of an afterthought. While his wetsuit makes for a neat figure to use in the water, it also really limits his use in any setting outside an aquatic one. This is a common problem with just about every diver ever released in the Joe line. Their figures are great, but if you want the character, you have to create a custom of steal another figure in order to use the character outside of an underwater setting. Even later divers like the '92 Wet Suit who had a removable helmet couldn't overcome this. The one nice thing is that the new Joes have taken a few steps to remedy this. Both Torpedo and Shipwreck have already been released in land based uniforms. It is a nice homage to old fans to finally get a few classic characters in uniforms that are more useful. Hopefully, the time will come when Hasbro is able to put together a diver figure who comes with gear that allows him to be used both underwater and on land. Much of the Spy Troops gear that has been issued tells me it is possible. It's just a matter of when.

In my collection, Torpedo fills a few roles. I still use him as Torpedo from time to time. However, I like to have armies of unnamed divers who battle legions of Eels and other aquatic Cobras. In those cases, I use my extra Torpedo figures as faceless legions of U.S. soldiers who simply have the misfortune of uncovering a Cobra operation. Beyond this, though, he doesn't see much use. I still keep one in the recon sled in the belly of my Hovercraft, but that is more for nostalgic purposes. Divers just don't lend themselves to lots of use in any collection. They fill a niche purpose that, while important, limits their overall desirability. The Joe line is stronger for having them, but they are not usually figures that people will use as one of the principle Joes.
One interesting thing about this mold is that it has become a favorite of customizers. However, it is not due to the cool parts. It is more due to the fact that Torpedo is rather slender and his parts can be converted for use on female Joe customs. As there aren't many female Joe parts out there, customizers options are very limited. Torpedo is one of the few figures who has "crossed over" and can be used in that regard. It many be a dubious honor, but it has become another part of this figure's legacy.

Torpedo's mold has had many uses. After he was released in the US, Torpedo also saw release in India. There, he was released in two distinct color schemes: yellow and an aqua similar to the American figure. (His waist was also used on some versions of the Funskool Snake Eyes figure.) Hasbro, though, re-acquired the mold for the 1997 releases where Torpedo was released a second time. In 1998, the Torpedo character returned, but the 1992 Wet Suit mold was used to represent the character. In 2001, the Torpedo mold was used again, but this time as a new character named Wet Down. Really, all of the American releases are rather similar, so any of the three uses of this mold can easily be used as Torpedo as the mold is so recognizable as the character.

Torpedos are not hard to find. Even though he came with accessories that are easy to lose, was cast in a color that tends to fade, is an aquatic figure who tends to have been used underwater and is now rusting and used paint that chipped easily, Torpedo figures are out there. He was produced in huge quantities during the beginning of Joe's great popularity. As such, even his tendency to decay can not overcome the sheer abundance of figures out there. That is nice as it does keep this figure relatively affordable. As such, Torpedo is still a staple in many people's collections. While he is not as complex a figure as many later divers, the simplicity of the mold really shines and still allows this figure to be used as a combat diver. This is why I used to army build Torpedo figures and still have several of them left. He works in a number of capacities and is a realistic figure who has yet to be truly dated. That speaks volumes for the overall quality of this figure.

I'm set for American Torpedo figures. However, if you have a Funskool version, I might be interested in it. Let me know. 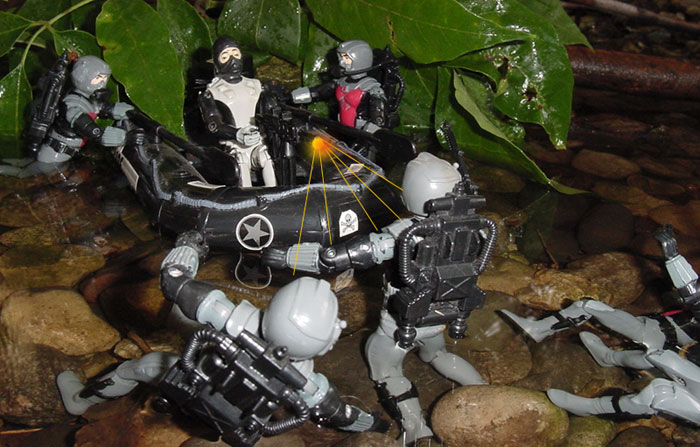 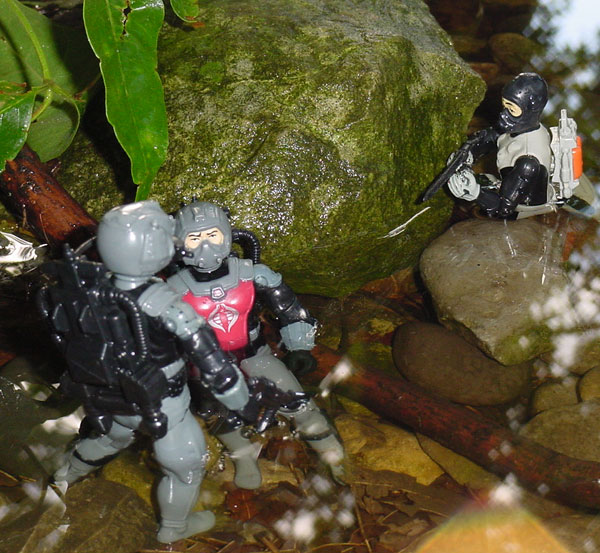 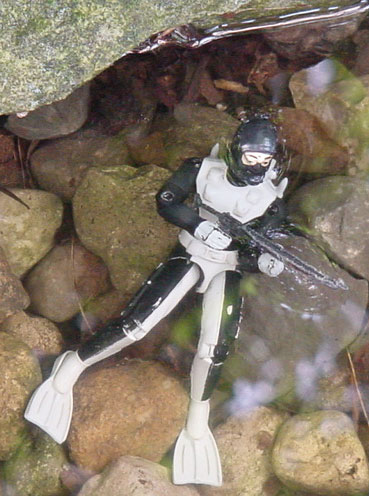 Posted by Robot_Sonic at 12:57 PM
Email ThisBlogThis!Share to TwitterShare to FacebookShare to Pinterest
Labels: 1983, Torpedo