I will start this profile with a disclaimer: I hate Big Boa. I despise this figure mold and all of its incarnations. I hated it from the moment I first saw it. There was just something about the look of the figure with the S&M torso, odd helmet and circus coloring that made me despise the figure. Really, though, Big Boa is no more buffoonish than Raptor or Crystal Ball and while I don't care about those figures, that's the end of my feelings on them. Only Big Boa incites such hatred. For years I've avoided the figure but my recent acquisition of the Funskool version (stupid quest to be a completist!) brought the figure back into the forefront of my collection. With a little reflection, I've gotten to the core as to why I hate the figure so much and that has lead to a begrudging appreciation of the character.

The simple reason why I hate Big Boa is because as a character, he's really cool. The idea of a Cobra trainer who is so tough that even the Cobras bend to his will perfectly fits with my vision of Cobra. The frozen turkey sized fists and bull horn voice from his filecard were lasting images from my childhood. The character was a specialty that was needed and the resulting design was just perfect for what Cobra was. The problem is that the figure mold is simply terrible. It was a tragedy to see such a great characterization wasted on so horrid a figure mold. That is the source of my hatred. The simple reason is that the figure was so useless for such a great addition to the pantheon of Cobra characters was enough to forever sour me Big Boa.

Originally, Big Boa was not intended to be the Cobra trainer. Instead, he was designed as the Cobra counterpart to the planned Rocky Balboa figure. Big Boa would have been Rocky's main opponent on the Cobra side. Big Boa's boxing gloves and speed bag were intended to convey this rivalry and were planned as a great play pattern for kids. However, the Rocky figure never came to be. Hasbro quickly had to scramble to remove him from their lineup. But, Big Boa was too far into the process for Hasbro to eat the costs for his development, too. So, the figure was re-classified as the Cobra trainer and released with his full complement of boxing gear anyways.

1987 was a terrible year for Cobra characters. Really, it was. But of the 4 new characters who comprised the main retail line Raptor and Crystal Ball can be ignored. They have their cult followings, but neither really offered all that much to the line that they had to be considered. Croc Master was a decent enough design that he found use. He isn't an integral character and were he never created, there would be no desire for such a specialty to appear in the modern line. Big Boa, though, filled a niche that simply could not be ignored. Cobra troops needed a trainer. It is a position that every military has. That makes the figure somewhat relevant: regardless of its poor design.

At the core, it is the necessity of Big Boa's position that leaves me wanting so much more. This figure delivered a character that had potential, but gave us a design that suggested something much different. Due to the poor mold, my Cobra is now devoid of a trainer. Were I to create my own figure for this role, it would certainly incorporate some of the elements of Big Boa. But, to do so seems redundant since there is already a character out there...his figure just sucks.

Which leads to my collection. As a kid, Big Boa was the one loser who always died some horrible death almost immediately. He would be ripped to shreds by wild dogs in a debris field. He might fall into a crocodile pit. Or, he might end up boiled to death in a pit of wax. Basically, my deep hatred for the figure manifested itself in horrific ways. I used quick, but painful deaths as way to show my contempt for the figure. Beyond my childhood years, though, the figure has no presence at all. In fact, in the late '90's, I had even decided that Big Boa would not be part of my collection. But, after I got one in a large lot, I figured I might as well keep him as the day would come that I was a completist and the prospect of going out and paying for a Big Boa figure by itself was less palatable than just keeping the one I had acquired with other figures. Now, not much has changed. I have Big Boa figures for completion's sake, but that's about it. This profile has brought out the root of my dislike of this figure and has lessened my contempt for Big Boa. But, it has not moved Big Boa to a place where I'd ever like to see another one. But, were Hasbro to put together a nicely done, new version of the Big Boa character, then I think I might be interested. You just aren't going to hear me leading the call for an updated version of this character in any format.

The Big Boa mold actually was quite the world traveler. After his initial release in the US, his body was repainted in 1993 and used for the Street Fighter Balrog figure. Almost immediately after that, the mold made its way down to Brazil. Here, it was released with a black helmet as a character named Kangor. (As a note, Kangor has great card art that makes it look like he's boxing a kangaroo!) The mold then showed up in India where it was released for many years. The Funskool version is very similar to the US version, but lacks the paint details on the helmet and does not include the face hose that was a hallmark of so many '87 Cobras. It was still being produced in India into 2003 and it is likely that Hasbro has access to the mold again. While I don't think that the entire thing should be used again, I think the head could be dusted off and amalgamated with some other parts to make a new and improved Big Boa figure.

If you want a Big Boa, just spend $4 and buy a carded version. The time is coming when Funskool figures are going to dry up and those who missed on their cheap availability will be forced to spend higher prices for the figures on the secondary market. While I don't foresee Big Boa ever being a $10 figure, I really don't see any reason to add even a dollar or two to the price when he is currently readily available. That being said, this was one of the last Funksool figures I added to my collection. I only bought him for completion's sake and that is the extent of his use. From a pure design perspective, the American figure is superior. But, this figure has its place and can find a home in most collections. 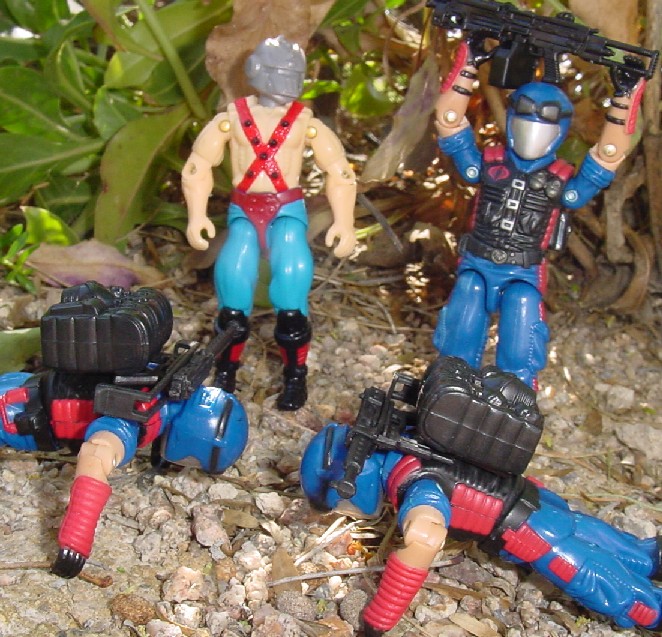 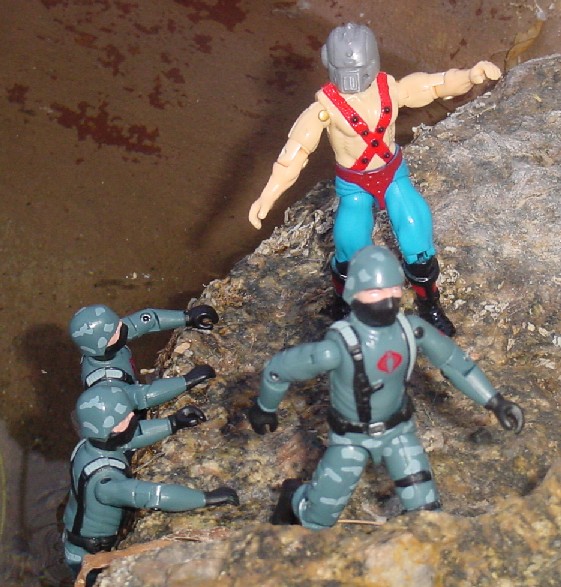 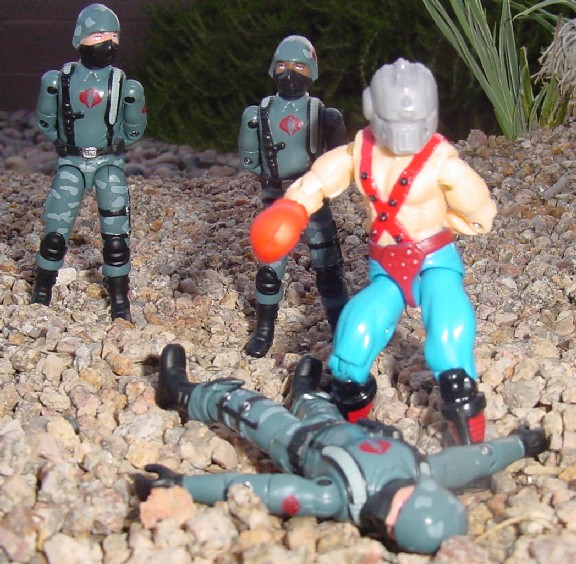 Posted by Robot_Sonic at 11:43 AM
Email ThisBlogThis!Share to TwitterShare to FacebookShare to Pinterest
Labels: Big Boa, Foreign Figures, Funskool