1987 brought us some interesting Joes. Having filled many of the military positions with figures from earlier in the line, 1987 brought us many "civilian" type specialties with the new figure offerings. Some were nicely done (like Chuckles). Other, left something to be desired. In the case of Psyche Out, the character is interesting, but not all that useful. His case wasn't helped by a bright green figure. In 1988, though, Hasbro offered a more sanely colored version of Psyche Out. It still didn't change the fact that they were asking kids to play with a psychiatrist, but at least the colors lent themselves to use.

The reality of Psyche Out is that he's a boring figure at best. Really, what's he going to do? Were kids really expected to play out a scene with Psyche Out listening while Falcon was lying on a couch and talking about how being in combat made him feel? That wasn't exactly the type of play pattern that lead to successful toy lines. But, like many characters in the vintage line, Psyche Out was made by Larry Hama and the manner in which Psyche Out was portrayed in the comics. There, Psyche Out was more of a psychological specialist who was able to get inside the head of the enemy and predict their moves. In this capacity, the character worked great. Unfortunately, even with this defined purpose, the character was rarely shown outside of a base setting. Psyche Out simply wasn't a combatant and it was difficult to use him as such.

As a kid, this was where my issue with Psyche Out lie. He simply didn't have enough of a purpose to match the manner in which I wished to play. What he did have, though, was those funky radar dishes on his arms. I used those as electronic projection devices that were able to disrupt communications, beam low level paranoia waves to Cobra troops and cause general havoc. That was fun...once. After that, it didn't make for much of a long term story. So, I had Tele-Vipers quickly figure out what was happening and then outfit all Cobra troops with helmets that filtered out Psyche Out's secret beams. After that, Psyche Out pretty much became an afterthought in my childhood collection.

Fast forward to adulthood, though, and Psyche Out has taken on new respect. Psyche Out's specialty is one that is more nuanced and appreciated as you get older and he slowly grew into more and more of a Joe commander. While he didn't actually lead missions or troops, he was a high level consultant on just about every operation. Psyche Out was involved from the beginning of each mission where he would match the psychological profile of potential Joes to the mission. He would use that info to pair Joes into units that would get along, be able to handle the mental stress of the mission as well as fulfill the skillset required to complete the objective. In that role, Psyche Out often chooses teams that look less effective than those done on pure paper. He would assign arctic specialists to jungle missions and other "crazy" ideas. But, Psyche Out's version of a team was the one that functioned best.

As such, if Snow Job and Gung Ho are perfect battlefield complements to each other, then it makes sense to pair them on a mission in lieu of more qualified Joes who don't have that type of battlefield chemistry. The result is a team that is better functioning and is more efficient in achieving mission successes. Psyche Out would also be part of the mission planning where he would learn the players who were involved on the Cobra side and then help predict their behavior. This then helped Psyche Out also pick Joe team members who often made little sense. (One such example was when Psyche Out dispatched Cutter and Wet Suit to the desert to break up a Cobra oil siphoning project. It appeared ludicrous except that Psyche Out correctly predicted the Cobras would run for the coast. They did so and the Joe aquatic specialists were perfectly placed to apprehend the fugitive Cobras.) Psyche Out's judgement is trusted, though, due to his high success rate. Psyche Out is also used as part of mission debriefing. He uses that information to flesh out personnel files of the mission members, update his notes on Cobra behavior and also ensure that there are no lingering psychological effects from the mission that are going to bother the Joes in the future. (As a note, Psyche Out has one noted failure in this regard. After a disturbing mission onto Cobra Island in 1995, Duke pretty much went off the deep end and has not come back. There was nothing about Duke that previously indicated he wouldn't be able to handle what happened. But, none of the 3 men on that mission have ever fully disclosed what, exactly, happened. So, Duke's breakdown remains somewhat of a mystery to Psyche Out.) So, while the Psyche Out character now gets more use in my collection, he still isn't actually used. The figure is always posed in the Joe HQ. Here is consults with Hawk, General Flagg, Keel Haul and other Joe officers. But, he rarely leaves the confines of the base.

Now that I have this Night Force figure, I have more combat options for Psyche Out, but I still don't see him getting much use outside of the HQ. As a figure mold, Psyche Out is actually quite good. The figure is richly detailed, yet simple enough that you can appreciate his place in the line. The Night Force version is nicely colored in blacks, greens and greys. (Psyche Out is one of the few Night Force figures who is a substantial improvement over his regular figure.) He features a nice complement of accessories, but the radar dishes and wrist gauntlets are now kind of silly. Psyche Out's pistol is one of the nicer small weapons in the line and was one of my de facto pistols for any figure who needed one for many years. Fully loaded, though, Psyche Out loses something. He is a character who I view as being there for his mind. So, he does not need the accoutrement's which are included with him. (The pistol is decent to have, though.) He simply is there to think, talk and plan. When it's time for action, Psyche Out makes himself scarce.

The Psyche Out mold saw some interesting uses. After it was released in its original incarnation in 1987 and 1988, this Night Force figure was created for a short run. After that, the timeline gets a little fuzzy. It seems that sometime around 1990 or 1991, the figure mold was used by Hasbro to create the European exclusive Tiger Force Psyche Out. Then, sometime around 1992, the mold made its way down to Brazil where it was released in colors similar to the V1 American figure and was named Tele-Mentor. After that, the figure has not appeared again. However, several of Tele-Mentor's Brazilian contemporaries ended up being produced in India. So it is possible that the mold was sent on to Funskool and they simply chose not to use it. Of course, it could still be lost in Brazil or in the control of Hasbro just waiting for another release.

Truthfully, though, even if Hasbro had the mold, I don't think we'll see the day where this figure is released again. And, with the Night and Tiger force versions out there for acceptable prices, I don't think collectors would really mind. Like all Night Force figures, Psyche Out is somewhat tough to find. But, like all other Psyche Out figures, he is substantially cheaper than all the other figures in his subset. The Night Force version, though, features a wide range of small, easily lost accessories, so it is common to find the figure missing his arm bands and the radar dishes that attach to them. Really, though, if you're looking to use the figure in your collection, these pieces are superfluous as most of the accessories from the original Psyche Out work very well. As such, you can get this figure for under $10 if you are willing to sacrifice completeness. As a part of a collection, Psyche Out doesn't offer much excitement. He can fill a diorama, but that's about it. As such, I wouldn't go out of my way to find one as, aside from completion's sake, you will be hard pressed to get your money's worth our of this figure. 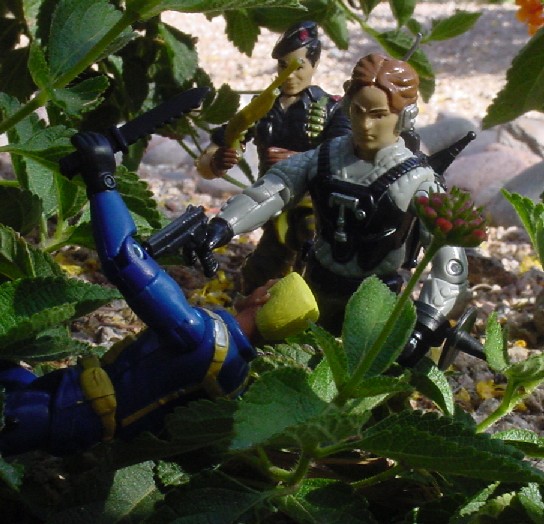 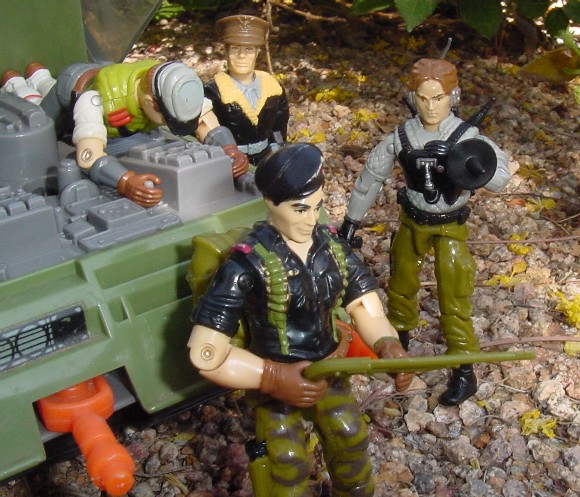 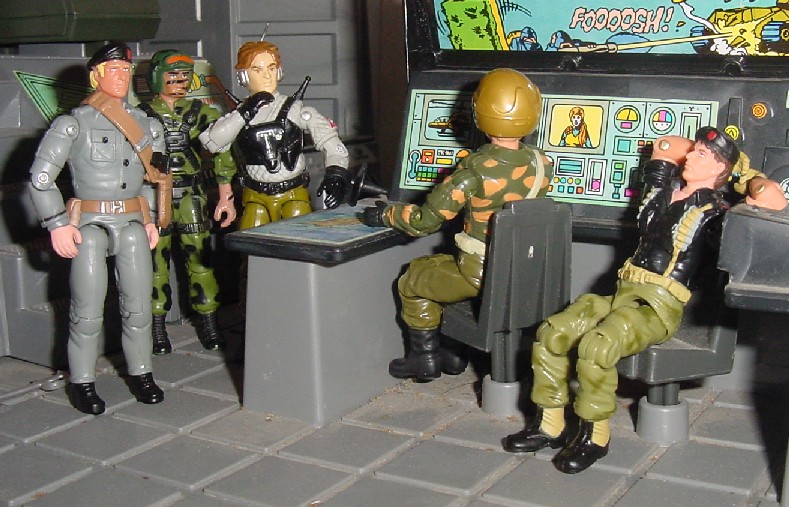 Posted by Robot_Sonic at 11:43 AM
Email ThisBlogThis!Share to TwitterShare to FacebookShare to Pinterest
Labels: 1988, Night Force, Psyche Out, Retailer Exclusive