I have long felt that the popularity of the Dreadnoks as a subset in the Joe line was vastly overstated. While collectors are familiar with these characters, they aren't the type of subset that collectors want to see repainted ad naseum. This was made all to evident in 2004 when Master Collector released their Dreadnok themed convention set. While some people were happy to see Zarana, Ripper and Buzzer return, the set still turned into a massive dud. Collectors were not interested in the Dreadheads and the colors chosen for many of the Dreadnoks were downgrades from their original incarnations. As such, just about every figure from that convention set can now be purchased on the second hand market for about 1/2 of the original price. There are 2 exceptions to this. Hardtop continues to be popular and consistently sells in the $35+ range. The other exception is the subject of this profile: Demolishor.

The Demolishor figure is the highlight of the Dreadnoks in this convention set. He is a completely newly amalgamated figure utilizing obscure original molds. He is decently colored and features the typically complex paint masks that are the hallmark of convention figures. Sure, his name makes him sound like a two-bit He-Man villain, but it works in this context. The convention set used a common color theme to separate the Dreadnoks into "factions". So, there were certain figures that matched each other. Demolishor was part of the "blue" team. This was fortunate as he is cast in colors that are actually useful outside of a Dreadnok setting but they also match the colors of the 2004 Dreadnok exclusive vehicles.

Demolishor utilizes the head of the Street Fighter Viktor Sagat. It is a mold that you don't often see mixed with Joe collections and perfectly fits the nature of the character. The head looks like a Dreadnok and is visually distinctive. Demolishor also uses the body of the 1987 Steamroller figure. Raise of hands: how many collectors actually have a Steamroller in their collection? Of those, how many use him on a regular basis? Frankly, this body was a great choice as it is incredibly obscure, well detailed and perfectly fits the look of a Dreadnok. Like the Convention Dragonsky, Demolishor shows that when a little thought is put into mold combinations and coloring you can create one of the great figures in the history of the line. His accessories aren't great, but they work. Demolishor is outfitted with 2 new sculpt weapons: a grenade launcher and the AK-47 esque rifle that was a staple of new sculpt Cobras. These work well enough with the figure, though I'm not a fan of any of the new sculpt weapons since they appear too large for ARAH-style figures. But, since Demolishor is supposed to big and muscular, I can accept the weapons as they are.

As a character, Demolishor isn't too well thought out. While some of the convention exclusive characters feature decent backgrounds, Demolishor's is nothing but cliche after cliche. The reality is that anti-social miscreants with severely violent tendencies don't tend to form lasting friendships. One reason why I always felt the original team of 3 Dreadnoks worked was because Buzzer was actually educated and he was able to keep Torch and Ripper in line with his superior intellect. As the subset grew, though, that became less and less likely. As such, I can't really get behind the canonical origin of Demolishor and have had to create my own personality for the figure.

One of the reasons why I'm not a big Dreadnoks fan is because you really can't use them for much beyond their intended purpose. Even in that regard, though, there are now so many different Dreadnoks that the entire gang is a bit of overkill. Demolishor, though, can at least step out of the Dreadnok role...somewhat. The figure's colors are such that he can be an outside Cobra contractor. To me, that makes the figure more valuable since he isn't saddled with the ineptitude that is the hallmark of the Dreadnoks. Still, though, the mold is limited. In the right parts of town, Demolishor would be taken for something all together different than a hard core biker. So, that does limit the mold to an extent. But, the solid colors and less garish than other Dreadnoks appearance of the mold does allow for Demolishor to fit in with other, named Cobras. The head is different enough that it doesn't clash with Major Bludd and the colors do work with standard Cobra blues.

Demolishor is a perfect example of how a figure that I do not own can capture my attention. For a time, this figure was my holy grail of collecting. As soon as I got one, though, he went off into his drawer and I have yet to really use him aside from a few pictures you see here. The reason is that, while the figure is good, he isn't something that really offers the diversity that I like to see in figure molds. My collection is littered with figures like this: characters that I had to have and as soon as I got them, the figure lost all its luster. Now, I have quite a few figures in my collection that I really wanted that do get a lot of use, too. But, I have found that one of my collecting M.O.'s is to quickly grow disenfranchised with certain figures that were once so desirable. I think the reason for this is because I build the missing figure up so much in my head that there is no way the actual product could ever live up to my expectations. Frankly, I can trace this all the way back to 1985 when I acquired the 1985 Snake Eyes. I wanted that figure so badly, but could never find a way to use him that lived up to the expectations in my head.

Still, Demolishor has his uses. It is a figure that really lends depth to some Joe displays as you don't often see him in online dioramas. He can be used as a standalone bad guy or with his other Dreadnoks. Personally, I see this figure moving more towards the world of independent freelance work where he will be paid by Cobra for some jobs, but not be a true member of the organization. It's a limited role, but this figure simply lends itself to that now that he is a part of my collection.

This is only the second use for the Steamroller body and the first since the original figure. The Sagat head was used in the Street Fighter line in the US. As neither of these molds had been done since the vintage line, seeing them together in the convention set was a refreshing change of pace from the other figures: most of whom had just been released by Funskool. Going forward, though, there isn't much else to do with this parts combination. You could make another Demolishor, but that's about it. And, while that might seem like a good idea since this figure is rather pricey and popular, I think that it would be a waste to produce another version of a convention only character. We just get too few opportunities to see ARAH figures these days. I'd hate to see one wasted on a figure that, while top notch, is probably best left as he is.

If you want a Demolishor, it's going to cost you a bit. I watched these figures for over 3 months. In that time, there was rarely more than 2 available at any given time and the average ending price was $35-$40 with some going as high as $70. Naturally, once I had my first Demolishor figure, the price fell down to around $20 for a week or two, then, it went back up to the $30-$35 range. However, these days, the price has once again fallen and recent Demolishors have sold for under $20. It seems that if collectors want one figure from the Dreadnok set, it is Demolishor and his price reflects his popularity. (Plus, there were a ton of surplus 2004 convention figures that were available from Asia. However, Hardtop and Demolishor were not among the common ones so the demand for those two figures was not offset by the Asian surplus.) Personally, I've found that the figure's look is much better from afar and I actually was disappointed when I first held one in my hand. But, like many figures, I have grown to like it more and more just due to the originality of the figure and way in which the mold amalgamations mesh so well to create a new and highly distinctive unique creation. 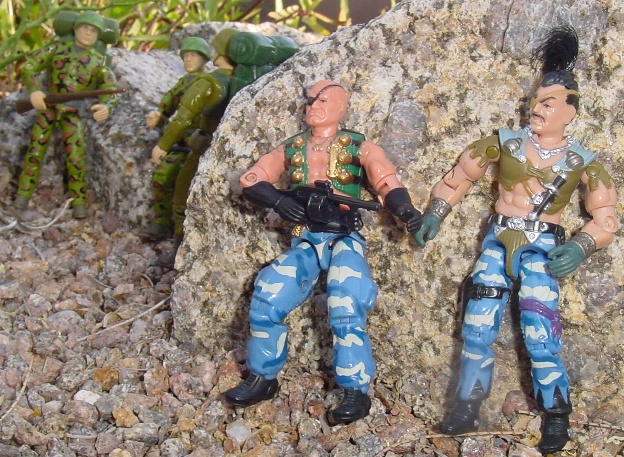 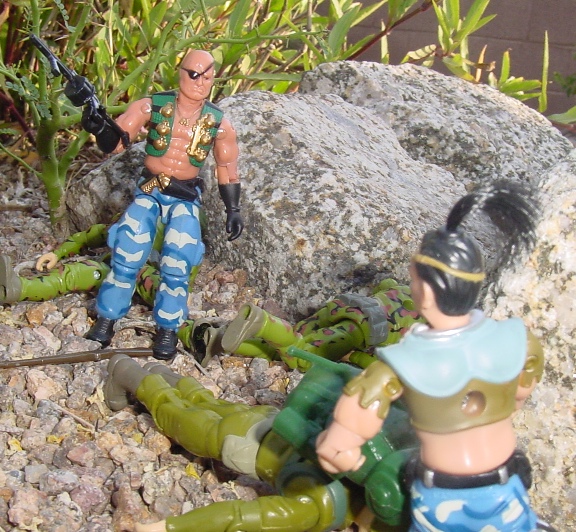 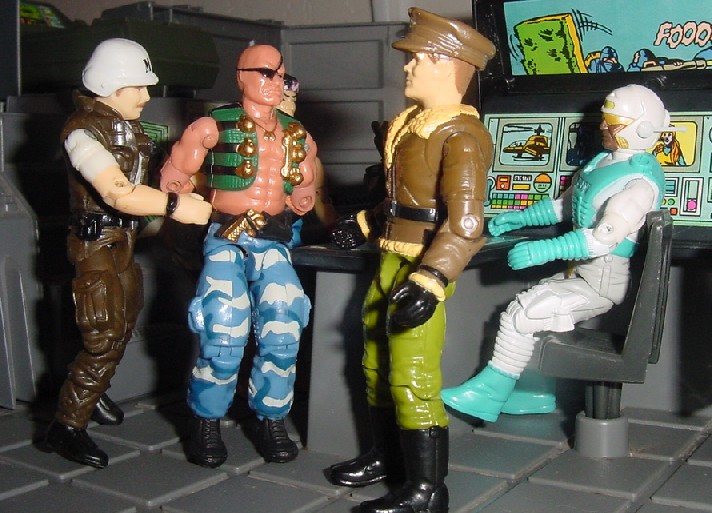