In the late '80's and into the early 90's, the Plastirama toy company in Argentina produced G.I. Joe figures exclusively for the Argentine market.  Since then, collectors have flocked to this line due to it's exclusive figure offerings and the general to extreme rarity that defines many of the figures.  Plastirama produced a decent amount of figures using molds from 1982 through 1985.  Many of the figures are close to the American counterparts.  But, when Plastirama deviated from the standard paint applications, they really deviated.  The Plastirama line offered nearly a dozen characters who were unique to Argentina.  One of the last figures they produced, though, was an odd hybrid.  Plastirama took an existing mold and repainted into another existing character.  The result is the Argentine Backstop.

Most people can forget Backstop.  He is a forgettable character using an unfortunate color scheme that came out in a year full of iconic figures.  His vehicle is rather boring and pales in comparison to other, similar price point vehicles from the adjacent years.  But, for some reason, the character clicked with me.  From the moment I got the American figure, he was immediately thrust into an important role.  For many years, he and the Persuader were my go to armor vehicle...ahead of even the Mauler.  This Argentine figure, though, doesn't capture that magic.  While the colors are reminiscent of the US release, I have a hard time seeing this figure as anyone other than Blowtorch.  As such, this figure really is just a display piece for me.  It makes for a good background in a photo since it usually draws viewers' attention and draws a comment or two.  Beyong that, though, the figure doesn't have much additional use.

Backstop is a mishmash of red, yellow, hunter green and silver.  On paper, it should be terrible.  Were this an American release, it would be terrible.  (Like the real Backstop is.)  But, as a foreign release, the look of the figure gets a little more leeway.  Collectors are forgiving of monstrosities when they are from foreign countries and can be hard to find.  Like most Argentine figures from around his time, the figure's paint masks are often sloppy.  The overall construction quality also varies.  It seems that many of the Argentine figures that were found were not properly stored for many years.  As such, even figures right off the card (or, out of the bag in Backstop's case!) can be brittle.  So, you have to be a bit careful when you try to fit him into a tight vehicle.

Backstop was only available in Argentina, packed with the Plastirama Persuader.  The figure includes a filecard that features an actual picture of the toy rather than artwork.  The figure includes a silver version of Doc's helmet and a silver air mask.  These are exclusive to Backstop and can be difficult to track down if not acquired with the figure.  The actual date of Backstop's production is difficult to pinpoint.  Backstop is likely one of the final Plastirama figures ever produced.  He may not have appeared until the early '90's.  But, due to the difficulty of tracking down hard evidence of release dates in Argentina, this is mostly guesswork.

Backstop uses the mold from Blowtorch with Doc's waist.  This was a popular configuration in Argentina as Backstop shared the construction with both Antorcha and TNT.  Aside from his uses in Argentina and the US, the Blowtorch mold also appeared in Brazil, Mexico and Europe.  The mold disappeared after the Argentine releases and has not been seen since.  Homages to the vintage Blowtorch have been released in both the New Sculpt and Anniversary Sculpt Joe lines.  It would be great to someday see this mold either in drab green or even Action Force colors.  But, that's not likely ever going to happen unless a bootlegger takes on the mold.

The Argentine Backstop has become relatively hard to find.  Loose, mint and complete with filecard figures can be expensive as $70.  But, since a lot of people still don't realize that a boxed Plastirama Persuader includes the Backstop figure.  So, you can often buy one of those for around the same price.  A large number of Persuaders were acquired by toy dealers during the Plastirama warehouse find.  So, this figure is more common than a lot of people realize.  In 2001/2002, you could often get boxed Persuaders for under $20.  So, a lot of collectors do have the figure.  As an oddity in an Argentine collection, Backstop is worth having.  But, he lacks the "wow" factor of Satan, Ninja-Ku or even TNT.  But, he is something completely different.  For me, that makes him worth having as part of my collection. 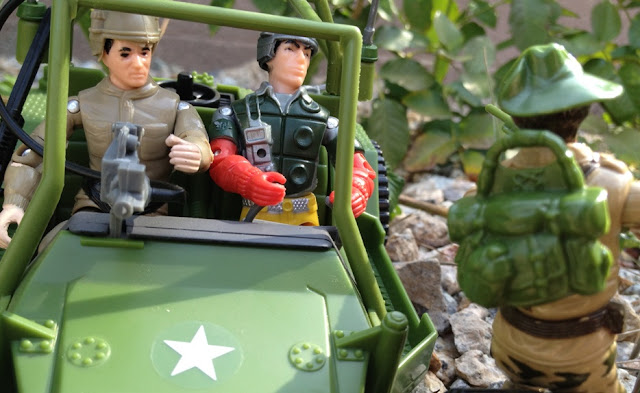 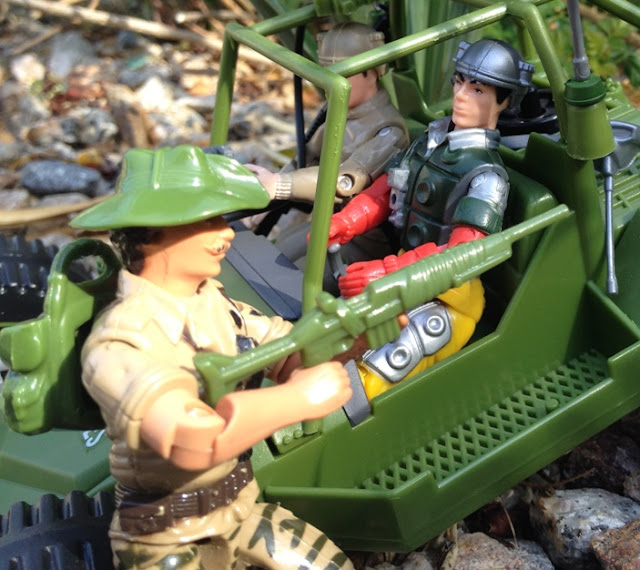 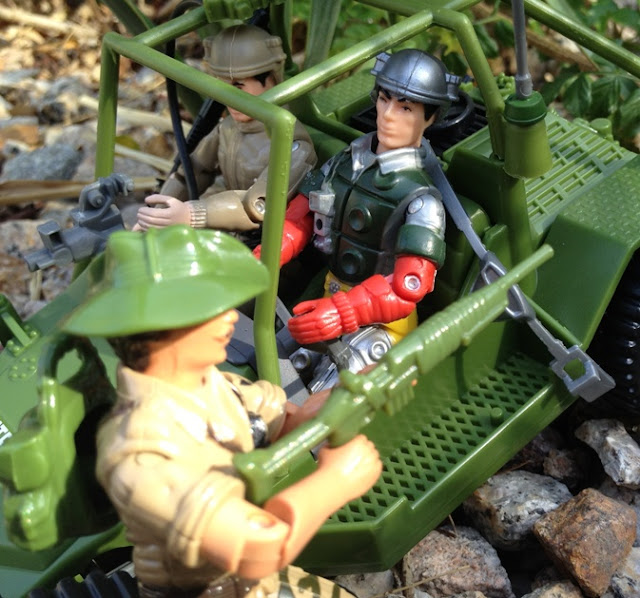 Posted by Robot_Sonic at 11:10 AM
Email ThisBlogThis!Share to TwitterShare to FacebookShare to Pinterest
Labels: Argentina, Backstop, Blowtorch, Foreign Figures, Plastirama