My first encounter with the G.I. Joe comic book was in third grade when a copy of G.I. Joe #10 circulated through our classroom.  I didn't really think much of it at the time.  It was a good read and fun to look at.  But, I was not compelled to go out and actually buy any of the comics.  This changed in the spring of 1984 when G.I. Joe #26 was published.  My friends and I passed the book around again and again, taking in the origins of Snake-Eyes.  As school let out for the summer, I found a copy of G.I. Joe #27 at the local Hook's Drug Store.  I bought the issue, read it a dozen times that day, and subscribed to the comic the very next day.  I would not miss an issue for the next four years as I used the comic to supplement my Joe collection.  As I did not own G.I. Joe #26, though, that comic held a cachet for me.  I always felt my collection starting at #27 was odd.  I went to the local Comic Carnival for months and months, but they never got an issue 26 to sell.  I finally got a second or third printing of the comic (along with another 27 and 25) in a three pack of comics that was sold at Target.  But, the missing 26 left an indelible mark on my childhood and the characters from that comic have always been what I considered to be the beginning of Joe turning from a random childhood toy into something much deeper.

Hasbro started their comic pack series in 2004.  As a concept, it was novel and something that really appealed to kids and collectors.  However, the system had a fatal flaw: an adherence to numerical sequence.  Rather than skip around and hit highlights of the Joe book from various eras with each new wave, Hasbro went in release order of the comics.  The result was a line that quickly got stale and petered out at retail.  The result was that highly anticipated packs like the Oktober Guard were under-produced.  The final comic packs ended up being only offered online until the overstock overwhelmed Hasbro and they had to pawn their unsold inventory onto Toys R Us for steep discounts.  Among the packs relegated to the ghost town of a Joe community after the "Deth of the Line" phase, was a comic pack including figures from the nostalgic favorite G.I. Joe #26.  In this pack was a redone Stalker, Tommy "Storm Shadow" Arashikage and this figure: Classified, better known as Snake Eyes.

These three figures were Hasbro's only attempt to bring the fabled "LRRP" group to action figure form.  As such, they were eagerly anticipated figures in many collecting circles.  Had Hasbro released this pack earlier in the comic pack product's lifecycle, it is likely that it would have been more highly regarded.  By the time they got around to getting this pack into collector hands, it seemed somewhat stale.  The green comic colors had been overused and the molds that formed the basis for the figures in the pack so commonly appeared that some of the specialness of the set was diluted.  But, in retrospect, the figures do hold up better than many of the other comic figures from the time.  The fact that Hasbro took the time to cobble together something from such an iconic moment in the Joe mythos, though, shows that certain figures will work if enough care is put into their creation.

From a collector standpoint, this Classified figure poses an interesting problem.  The character always had his eyes shielded in the comic to prevent a full on view of Snake Eyes true face.  How would this translate to an Action Figure and would Hasbro have to tool a new head to bring this hidden identity to life?  The answer was yes to the new tooling and the result was something that was about as true to the comic as any action figure could be.  Hasbro deftly tilted Snake Eye's hat very low on his face.  Then, they applied a fine spray of black paint around the figure's eyes and nose.  The result is that the "shadow" effect is very real on the figure.  You can tell it is an homage to the mysterious pre-disfigurement Snake Eyes without having the feature completely dominate the figure.

Really, the figure's head is about the only thing that really mattered to collectors in regards to this figure.  The head had to be perfect.  And, Hasbro got it very right.  Aside from the tilt and shadow, the hat is covered in a complex cammo pattern.  But, the real gem on the figure is the black and white photo of Snake Eye's sister that is tucked in the band of his hat.  This is a nearly identical recreation of the photo drawn in the Marvel comic more than 20 years prior to this figure's release.  It is an amazing detail and one that makes the figure worth acquiring.

The rest of the figure is OK.  It is as true to the figure's comic look as could be achieved with existing, vintage parts.  The figure uses the body of the 1992 Gung Ho figure.  Done in the standard comic pack green, it works fine for this figure.  The mold is a bit over done and had been heavily used at the time.  But, its appearance with the new head works well enough.  But, the green and yellow combination is a bit brighter than most purists would like.  It is, though, a perfect match for the rest of the comic pack figures.  For accessories, Classified includes the excellently resculpted M-60 and bi-pod.  He also includes the overused SAW Viper back pack which doesn't fit the figure at all.  All of these accessories, though, are cast in a charcoal colored plastic.  It is not the true black of the other comic packs and makes the accessories included with these figures completely unique.  So, when buying loose versions, be sure to validate the correctly colored accessories as the true black versions of the gun and pack are much easier to find.

Really, there isn't much to do with this figure.  He is a collector homage and nothing more.  It is a definitive look for a character within a very specific time frame.  A time frame that pre-dates the entire notion of the A Real American Hero G.I. Joe mythos.  As a display piece, Classified is essential to any collection.  But, as a useful figure, this version of Snake Eyes falls off quite a bit.  It's hard to use Snake Eyes out of his post accident, all black commando garb.  Dropping Cobra into an earlier history gets problematic as well.  This is why you don't see this figure in too many dioramas or photos.  It's just difficult to get into action, though it is required for most collectors' displays.

This figure was available online for many months.  When Hasbro dumped their overstock into Toys R Us stores, the availability only increased.  These packs hung around at retail for more than a year.  But, like many items that stagnate at retail, collectors were slow to consume these packs thinking they'd be around forever.  In time, the #26 pack disappeared.  The Devil's Due comic pack followed shortly after that.  Suddenly, collectors realized they might miss the Classified figure and the remaining stock dried up quickly.  That doesn't mean that a lot of these figures weren't produced.  It is just likely that a lot of them ended up with kids in lieu of the collecting market.  Today, Classified figures can be somewhat tough to track down.  In the past year, I've seen loose, mint and complete with filecard versions sell for over $60 and under $6.  So, the price does fluctuate quite a bit depending upon the seller and the time of year.  It is easier to just buy a carded #26 pack and open it up.  The Stalker figure is extremely well done.  The Storm Shadow figure is less so.  But, still a worthwhile pickup for the convenience and potential cost savings over acquiring Classified on his own.  Had I not picked this figure up during his initial retail availability, it's still likely I'd own one today.  It is a figure that collectors of the comic must have, even if the uses are limited. 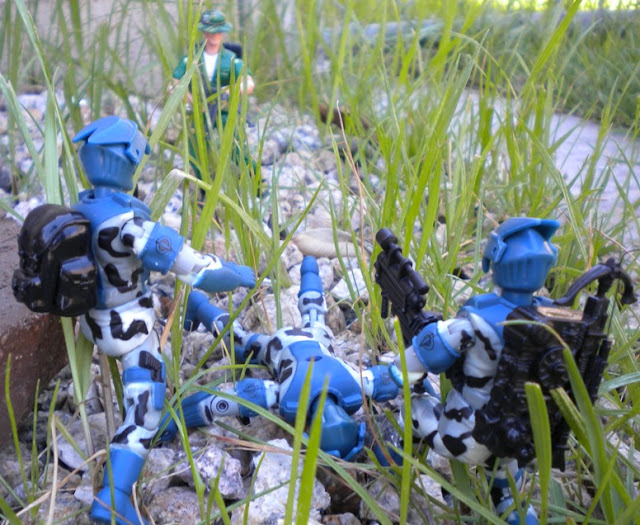 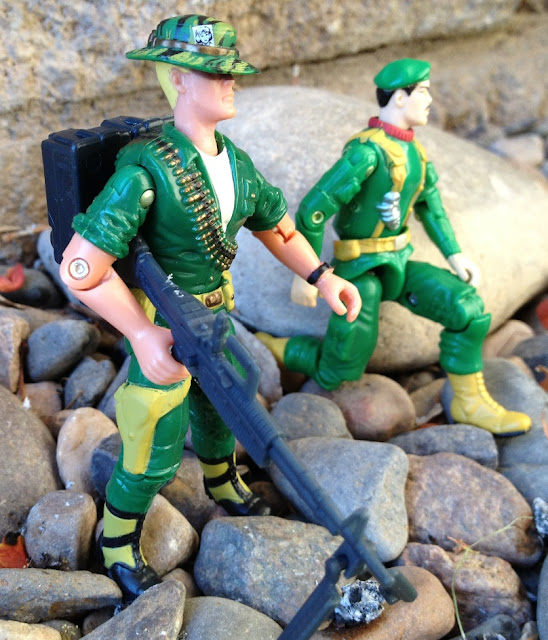 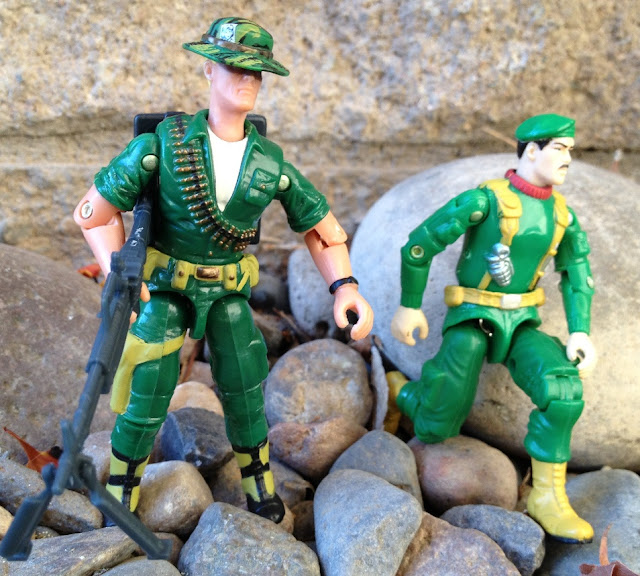 Posted by Robot_Sonic at 11:07 AM
Email ThisBlogThis!Share to TwitterShare to FacebookShare to Pinterest
Labels: 2006, Classified, Comic Pack, Snake Eyes