Collectors of Brazilian Joes have a few common favorites.  These are figures that are relatively easy to find, have distinctive colors or parts combinations and have been in the collector conscience for more than 10 years.  The names are easy for most collectors to spout off: Escorpiao Voador, Abutre Negro, Relampago, Gatilho, Marujo, Ar Puro, Cobra De Aco, etc, etc, etc.  One of the figures that collectors have found favor with is a Frankenstein of 2 obscure Joe molds repainted into an orange and green medly.  From that description, you would never think that collectors would care about the figure.  But, Tigor has become a figure that many collectors enjoy.

Tigor includes 2 accessories: a crappy plastic tiger and a wonderfully colored version of Recoil's original rifle.  In the US, Recoil's rifle was only available in baby blue with Recoil.  In the '90's, though, it was finally offered in black with certain versions of the Steel Brigade mail in.  Tigor features this same rifle, but in a bluish grey color.  Again, the description doesn't do the actual item justice.  The rifle is a perfect match for the figure and decent look for such an important accessory.  Without it, Tigor is certainly lacking.  The tiger, though, is less important.  While it is Tigor's namesake, the tiger itself was not developed for the Joe line.  Estrela produced a line of cheap plastic animals, the type of thing you would buy at a grocery store for $1 here in the US.  The took the molds from these sets, recolored them, and packaged them with each of the Forca Fera figures.  As an oddity, the tiger is neat.  As a valued Joe accessory, it is relatively worthless.  But, it is, technically, part of the figure and should be included with any complete figure.

In my collection, Tigor is a great scene filler.  He works perfectly in the G.I. Joe HQ, or as crew on board a vehicle.  But, beyond that, I have never characterized the figure.  While I spent a great deal of time developing a back story for his sub set mate Urzor, I never did the same for Tigor.  On the surface, I'd say Joe characters weren't as interesting to me.  But, that's not true as I have developed very intricate back stories for many Joe characters.  I think the truth is that I just didn't know what to do with the figure.  I never counted on him being a great addition to a collection.  But, I have owned him and known what a quality figure Tigor is for over a decade now.   So, that theory doesn't hold.  Really, I can think of no reason why Tigor hasn't been developed in my collection.

But, that doesn't mean the figure isn't visually striking.  The orangish red jumpsuit actually works and the green highlights complement it perfectly.  Tigor's blue sunglasses give him an air of mystery and the leather colored gloves and boots give the figure the depth that collectors enjoy.  The figure could use some additional painted details on the chest to further highlight the quality of the mold.  But, the overall paint job is on par with American figures and I find Tigor to be substantially superior to many of the late year American "neon" figures.

Tigor was released in the Forca Fera subset.  This small group consisted of Tigor and Leontor (A Backblast repaint) as the Joes and Urzor (A Cobra Repeater) and Kangor (Big Boa) as the Cobras.  All the figures featured unique card artwork (Kangor looks like he's boxing his kangaroo and is the most unintentionally funny cardart in the entire Joe line.)  In Brazil, there were ads and marketing materials displaying these figures together.  It was a poster with the 4 figures on it that initially sparked my interest in the entire set.  There was just something about that simple marketing material that made me want the figures.  There were only 4, which made the set attainable.  The repaints were extremely well done.  And, the overall notion of an animal patrol was different enough from anything in the US to pique my interest.

As a rarity, Tigor has gotten much harder to find than he was a few years ago.  But, that has more to do with the increased popularity of South American figures than it does his availability.  There are a lot more collectors vying for Brazilian Joes when they appear for sale than there used to be.  The result is higher prices and more scarcity since people are buying the figures to hold rather than to flip.  But, this doesn't mean that the figures are not attainable.  There are still strong collecting ties in Brazil that continually offer Estrela's exclusives to American collectors.  On top of that, many long time collectors have had occasion to acquire these figures and are out of the market for them.  They are still pricey and can be more frustrating than most collectors would like.  But, they are no where near as rare as some of the early Funskool exclusive figures.

In 2001, I bought a carded Tigor for $35.  At the time, it seemed ridiculously expensive as I thought I could get for about $25.  But, after a month of searching, I just went for it.  I immediately opened that carded figure.  Now, a decade later, loose Tigors will hit $100 if they are complete with the cardback.  Carded versions will go as high as $175.  For those prices, I would never have likely acquired the figure.  But, that would have been a shame.  Tigor is just one of those figures that should not work, but does.  His look is unique and not something that most collectors would think they like.  But, once you get Tigor into your collection, his quality is mesmerizing and he quickly becomes a figure that you never wish to part with. 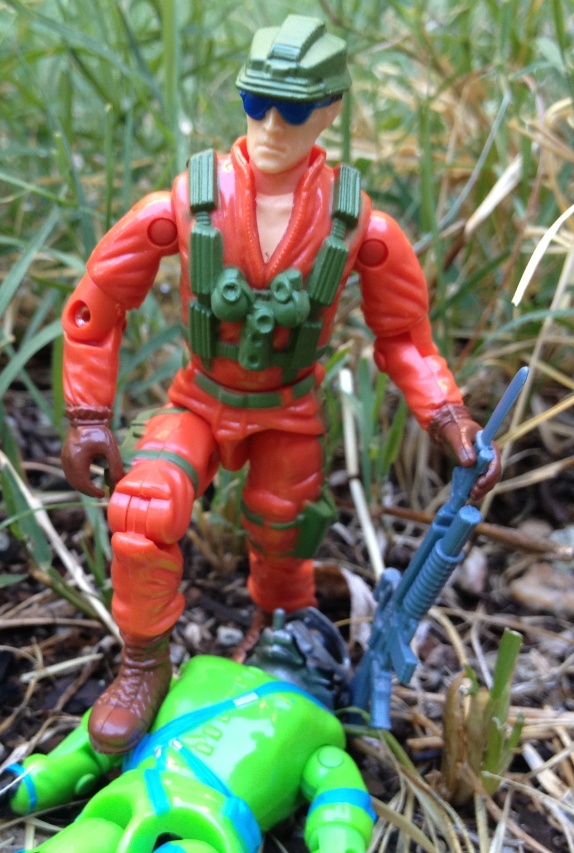 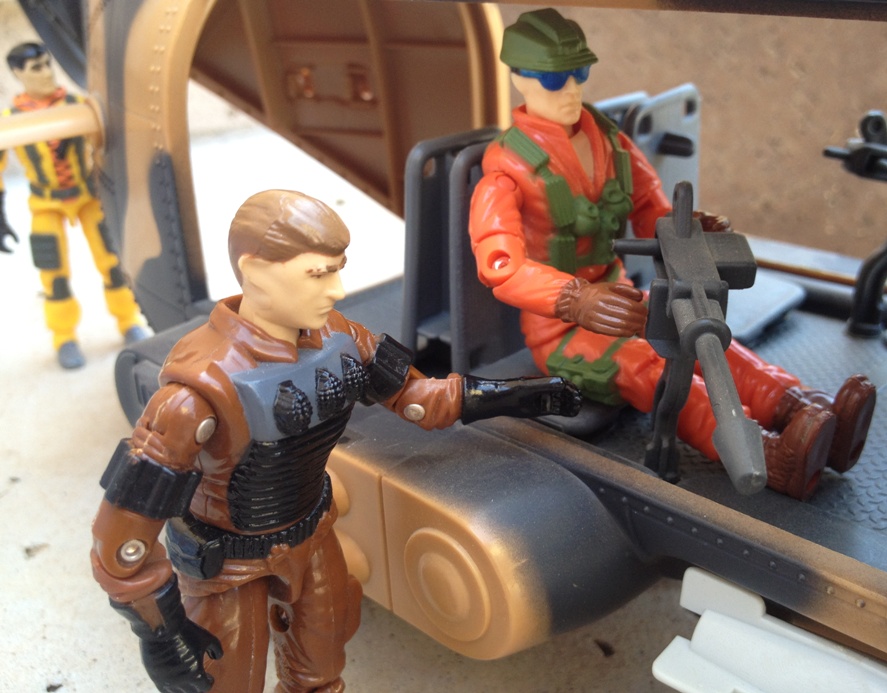 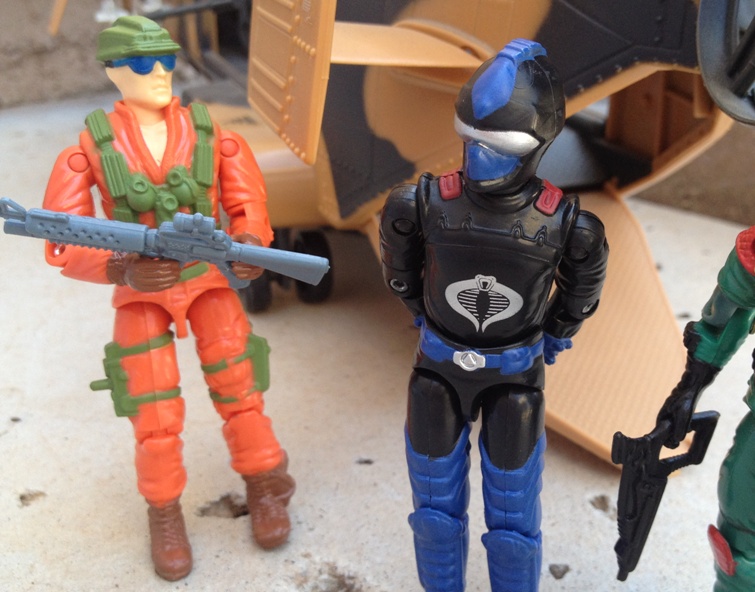 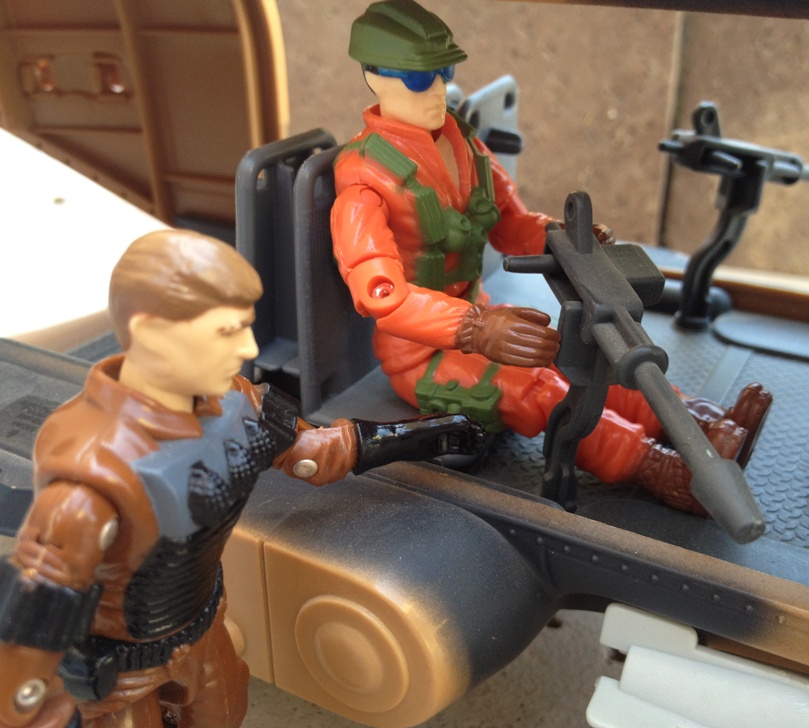 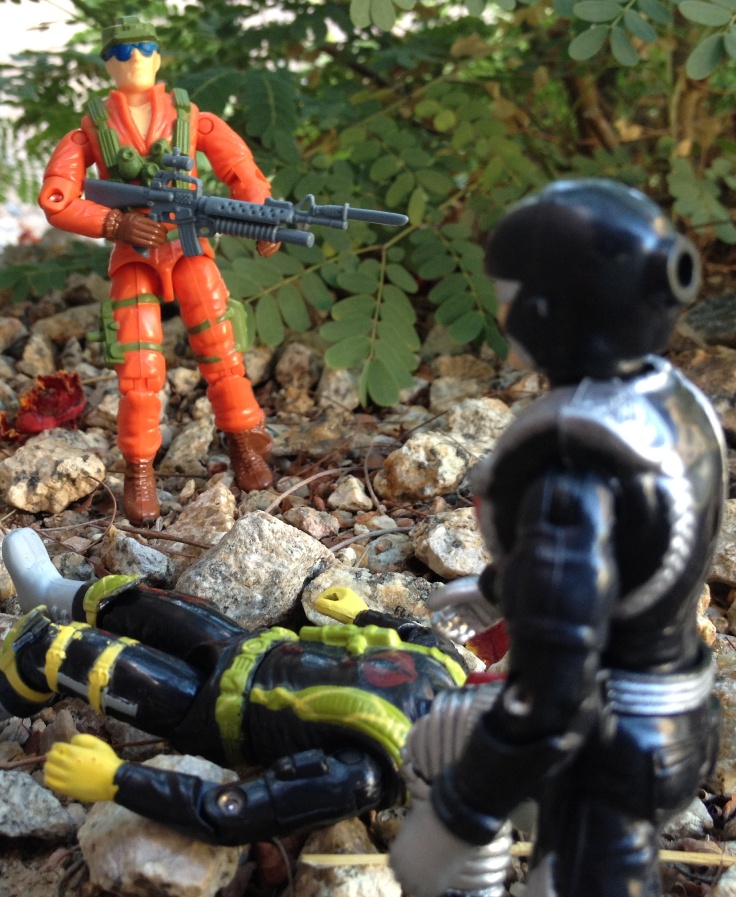 Posted by Robot_Sonic at 11:11 AM
Email ThisBlogThis!Share to TwitterShare to FacebookShare to Pinterest
Labels: Brazil, Foreign Figures, Recoil, Tigor